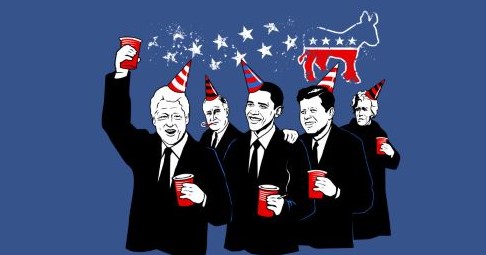 Thomas Piketty is widely regarded as the leading academic expert on income and wealth inequality. He is the best-known face of the participants in the World Inequality Lab, a far-reaching project tracking inequality broadly and historically.

His book, Capital, brought him fame, based on a set of well-demonstrated ideas largely marginalized since the setbacks to Communism. For those who had been intellectually seduced by those setbacks, the notion advanced by Piketty that income and wealth inequality were produced and reproduced by capitalism, with rare, atypical exceptions, surely came as a shock.

To the rest of us, it was not news, but good to see it stated in such a popular book. Usefully, Piketty backed his conclusions with massive data, both widely across geographical differences and deeply over historical periods.

Piketty’s book forced some liberals and leftists to lift their heads from the sands of reformism and identity-construction to face the reality of class and disparate class interests, though Piketty preferred quintiles to classes.

His research is empirically useful to the Marxist left, though analytically and theoretically thin.

Most recently, they have sought to apply their empirical studies and data analyses to understanding changes in the voters who support the various political parties and alignments. In a May 5th paper entitled Brahmin Left versus Merchant Right: Changing Political Cleavages: 1948-2020, Amory Gethin, Clara Martinez-Toledano, and Thomas Piketty argue that the traditional post-war left (non-Communist left) supplemented by new formations, principally Greens, have experienced a shift in support from less educated, lower income voters to higher-educated elites (the so-called “Brahmin Left”).

The right, on the other hand, continues consistently to be based upon “higher-income elites.”

They see these changes as productive of “multi-elite party systems” in our time, replacing the older “class-based party system.” The fall in the voter-participation of the less-educated, less-affluent is seen as a sign that “socially disadvantaged voters understand that the parties have become elite parties”:

One possible interpretation of our findings is that left-wing parties have gradually developed a more elitist approach to education policy, in the sense that they have increasingly been viewed by less well-off voters as parties defending primarily the winners of the higher education competition.

The new political players (Greens and “anti-immigration” parties) draw upon the higher educated and the lower educated voters, respectively, according to the researchers.

In addition, they maintain that the new cleavages correlate highly, with a “‘socio-cultural’ axis.” Through education (“the key variable”), this axis “appears to be related to a large set of policy issues, including the environment, migration, gender, education, and merit.” “Western democracies seem to have shifted to new forms of identity-based conflicts in recent decades…”

Conservative emphases include categories such as political authority, positive evaluations of traditional morality, or negative attitudes towards multiculturalism; liberal emphases cover issues related to environmentalism, the protection of underprivileged minority groups, or favorable mentions of multiculturalism.

The Transformation of the Democratic Party

Whatever else one might say about the World Inequality Lab (WIL) study, it is a refreshing departure from the hackery typified by the pundits in the capitalist media. It is certainly a step away from the skirmishes in the cultural wars, the cheap appeals to patriotism or the Founding Fathers or our shared humanity, the overbearing cultural smugness, and the other irrelevancies that substitute chatter for analysis.

However, Gethin, Martinez-Toledano, and Piketty provide only the fixings for a nourishing meal. As Piketty did with Capital, they persuasively expose trends in today’s political landscape, but present little explanation of their origins or meanings. They show that these same changes are afoot in 21 different countries, but offer a slender historical or socio-economic context for understanding or addressing those changes.

In the case of the US, those changes in the modern era have a history rooted in the contradictions of the two-party system and the crises generated by state-monopoly capitalism.

From its consolidation after the Civil War, the two-party system resisted change by appropriating the trappings of third-party challengers and cobbling together unusual, often contradictory coalitions. Negotiating the changing political and economic terrain while ensuring two-party dominance required deft shifts in class allegiance and party programs.

The Democratic Party response to The Great Depression demanded an unholy alliance between Southern conservatives, States Rights segregationists, urban liberals, the labor movement, and small farmers. Roosevelt’s success in keeping this unlikely coalition together, the ensuing myth that he “solved” The Great Depression, and the significant, but moderate reforms achieved before World War II gave birth to what became known as the “New Deal Coalition.” Its origins lie in reaction to crisis and the ensuing pressure of mass movements, though the Democratic Party reaped acclaim and unparalleled popularity.

In Piketty’s vernacular, the Democratic Party became perceived as the left element in a “class-based party system.”

The contradiction between the progressive and liberal constituents of the New Deal coalition and the reactionary segregationists reached crisis proportions in the Cold War. The hypocrisy of US human rights sanctimony and a militant movement for racial justice strained the Democratic Party’s New Deal coalition.

The Democrats, under enormous pressure from an independent popular movement, resolved the contradiction by enacting legislation that broke with institutional segregation, a long step towards completing the bourgeois revolution in the US. However, the action cost the Democrats the loss of their Southern coalition partners.

The seventies brought defeat in Vietnam, an intractable crisis of inflation and stagnation, and a serious undermining in confidence in US institutions springing from the Nixon Watergate debacle and revelations about the CIA and the FBI. In this cauldron of instability, the Democratic Party sought to construct a new coalition. They chose James Carter, a Southern politician, as a presidential candidate, with the hope of winning back some of the lost Southern support.

At the same time, the “New Deal” wing of the Party imposed one of the most progressive platforms on the Party since the Roosevelt administration. It was to be their last hurrah.

Carter won in 1976, but not because Southerners returned to the Democratic Party in droves; rather, because middle-strata and petty-bourgeois suburban voters joined the traditional urban base to move beyond the ugly image of the Nixon/Agnew/Mitchell era. The Democratic Party had found its new coalition partner in affluent, educated, largely white voters.

The shift was a shearing away of voters who were formerly attracted to moderate Republicanism, but were appalled by the extremism of the Watergate era. At the time, commentators dubbed them “socially liberal, but fiscally conservative,” an apt description that fit their interest in civility without wealth redistribution.

From the 1976 campaign forward Carter repudiated the New Deal platform, and began the first steps of deregulation that became the signature of the Reagan administration. His notion of social welfare reform took shape as market-based, a foretelling of the future bi-partisan approach. And his attention to marijuana reform, gay rights, environmental concerns foretold the shift in Democratic Party policies away from “class-based,” economic equality issues towards “socio-cultural,” values-based issues.

By the mid-1980s, New Deal liberalism and its answers to inequality were virtually expunged from the Democratic Party. The 1986 Party document, New Choices in a Changing America, signaled the entrenchment of market-based solutions, competitiveness, priority of the private sector, job training and education, choices, and movement away from the redistributive, social program, welfare-economics approach associated with the New Deal.

The faction carrying this forward was the well-funded, aggressive Democratic Leadership Council. This very neatly tied in with the new “elite” element in the Democratic Party coalition– the well-educated, affluent, middle and upper-middle strata, courting and courted by the Party.

Traditional elements historically wedded to New Dealism– labor and African Americans– had nowhere else to go in a two-party system. And the Democratic Party leadership treated them accordingly. The Jesse Jackson primary challenges of the 1980s, though unsuccessful, sought to shock the Democratic Party into attending to the interests of the unprivileged, but most historically loyal constituencies of the coalition.

The Clinton Presidency — dominating the 1990s — put the Party’s new approach into action and represented the complete victory of markets, private over public solutions, and liberal social values within the Democratic Party.

Ruy Texeira and John Judis, two tenured members of the Democratic Leadership Council, with their book, The Emerging Democratic Majority (2002), assured the Democrats that demographic changes would redound to Party success, as former “minorities” would swell into a majority with time. And they clearly stated what had long been unstated: women, minorities, and the educated, affluent elites would constitute the ideal Democratic Party coalition and carry the day going forward.

The transformation of the Democratic Party was consummated with the election of Barack Obama. Consequently, the Democratic Leadership Council dissolved.

The realigned Democratic Party pays lip service to a shrinking trade union movement that has lost its political weight in retail politics, granting celebrity access to the leadership and spinning Labor Day homilies.

The realigned Democratic Party recognizes the growing importance of Black and Latina and Latino votes, along with the recognition of an ever-growing list of self-styled, non-traditional identities, emphatically patronizing, placating, and pacifying groups with tokenism and sanctimony.

“Responsible” leaders are showered with position and respect, while the masses are ignored, their social and economic plight frozen in the grip of market forces and the false hope of moral uplift from “rising tides lifting all boats.”

In a study published in June of 2016, Stephen Rose found that a stratum, determined by income, that he called the US Upper Middle Class (UMC) had grown remarkably from 12.9% of the population in 1979 to 29.4% of the population in 2014 (and commanding 63% of all income!). This stratum is roughly coextensive by occupation with the PMC mentioned often by liberal critics of the Democratic Party. But, as I point out in an article from July of 2016, neither income nor occupation is determinative of class; rather ownership and relations to ownership of capital determine class position.

Nonetheless, both occupation and income correlate significantly to class position. Moreover, the important finding to note is the direction or tendency of income, occupation, and class composition. Clearly, the petty bourgeoisie has grown dramatically in size and economic power since 1979, a very ripe plum for the Democratic Party to pursue!

Where Piketty et al. find fascinating correlations leading to interesting generalities, we now have the why and how that a study of history (the science of Marxism!) turns up. Together, they allow us to understand, predict, and critique the behavior of the Democratic Party, not as a random, unexpected left or right turn, but as a result of the logic of the two-party system and the maturation of state-monopoly capitalism.

More than fifty years of devolution toward a party dominated by the bourgeoisie and the petty bourgeoisie does not suggest a reversible trend.

Instead, the Democratic Party has been transformed by the contradictions inherent in its construction into something entirely new. Within the context of the evolution of US capitalism, it has undergone a profound rebuild no longer capable of serving the interests of those who formerly found hope in its success.

Understanding this transformation explains why elements of the old coalition feel betrayed by the modern Democratic Party, choosing to chance a vote for newcomers, charlatans, and poseurs.

Understanding this transformation explains why US politics are increasingly bitter, violent, and polarized.

And understanding this transformation accounts for the negativity of Democratic Party campaigns: Democrats run against the evils of instability, change, and radicalism, not for anything.Will the Democratic Party respond to popular movements in the future?

Of course. An opportunistic institution is nothing, if not resilient.

But it will resist change vigorously to keep its realignment intact and to continue on the same course, absorbing new movements and establishing internal stability.

With an understanding of its history and the confines of a two-party system, finding a road to social justice for working people in the Democratic Party is an improbable, if not impossible task. 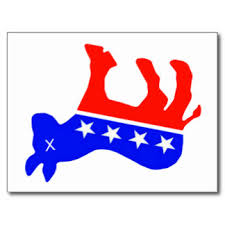 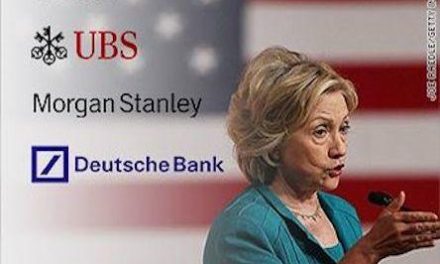