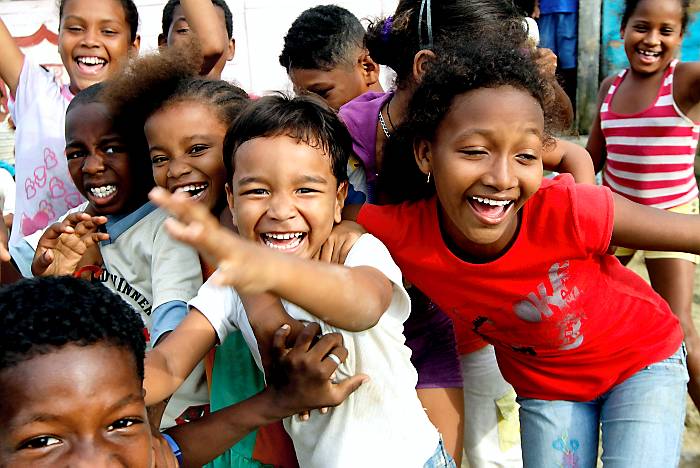 First of all, allow me to thank you for convening this virtual event, to address such a significant and urgent topic as racism and racial discrimination; as well as the opportunity to talk to you and share with you some elements on Cuba´s experience in confronting this scourge.

In Cuba, the struggle against racism and racial discrimination is inseparably linked to our struggles for independence and true emancipation, first against the Spanish colonialism, and then against imperialism, inside and outside Cuba.

In this regard, there is a common thread in the thinking of our heroes and main leaders, which largely explains the principled position taken by Cuba in this matter.

When Carlos Manuel de Céspedes, the Father of the Homeland, rose up in arms against the Spanish crown in October 1868, he freed his slaves and encouraged them to join the struggle for independence. He understood that colonialism and slavery were synonyms. For that same reason, in 1878, Antonio Maceo would reject the peace conditions offered by Spain, since they did not guarantee the independence of Cuba or the abolition of slavery.

Later, in 1893, José Martí, our National Hero, would write that “Men are more than whites, mulattos or blacks. Cubans are more than whites, mulattos or blacks. On the battlefield, dying for Cuba, the souls of whites and blacks have risen together into the air. In the daily life of defense, loyalty, brotherhood and cleverness, a black man has always been there, next to each white man”.

This is the thinking that explains the anti-racist and egalitarian essence of Fidel’s Revolution, which, as of 1959, carried out radical transformations to eliminate the structural foundations of institutional racism and racial discrimination. It is also the reason why my country supported, at great sacrifices and risks, the national liberation struggles in Africa, and joined the fight against the disgraceful Apartheid regime.

Basically, the struggle against racism and racial discrimination has been part of the work of Cuban revolutionaries, inside and outside our borders.

For Cuba it is a source of national pride to be a monoethnic and mixed-race nation, which is a stronghold of our identity. We are a country with Indo-American, European, African and Asian blood. The vast majority of our population is mixed-race, as are our traditions, idiosyncrasy, religiosity and folk culture.

The African heritage that enriches our identity is not limited to those who genetically descend from the three hundred thousand slaves brought to Cuba by colonialism. Nor is it assumed as an element of differentiation or segmentation with respect to other groups. It is a fundamental component of everything that is considered Cuban.

That is why the fight against racism and racial discrimination has been a permanent task in the country, with undeniable successes.

In 62 years of socialist Revolution, much has been done in favor of the full equality of all the people, and in terms of the fight against racism and racial discrimination.

It was the Revolution, with its profoundly humanistic approach, which wiped out forever all types of racial segregation in the country, and which democratized the access to education and culture, as a shield and sword against racism and racial discrimination.

It was also the Revolution which created and has permanently strengthened, a robust legal and institutional framework to ensure the right of all individuals to full equality. This right even includes criminal protection, with severe penalties for those who attempt to infringe it.

The work of the Revolution has made it possible to guarantee that all persons are equal before the law, receive the same protection and treatment from the authorities, and enjoy the same rights, liberties and opportunities, without discrimination, which is banned and punished by law.

There is no discrimination based on skin color in the access to public services and the institutions that provide them; decent employment and social security and assistance; the administration of justice and the due protection by law enforcement agencies.

Nor is there discrimination in the access to top State and Government positions or under-representation in them. Some figures speak for themselves. The 2012 population census showed that 35.9 percent of the Cuban population described themselves as non-white. At the same time, it accounts for 41 percent of the National Assembly of People’s Power, our parliament, whose President, as well as the Vice President of the Republic, the President of the People’s Supreme Court, the Attorney General of the Republic and the Minister of Justice are black or mixed race people.

Likewise, the new Constitution of the Republic, endorsed in 2019 by 85.86 percent of voters in a popular referendum, ratified and strengthened the recognition and protection of the right to equality, as well as the prohibition of discrimination.

Nevertheless, no country has managed to completely eradicate all expressions of racism and racial discrimination.

In our case, despite the tremendous progress made in this field, racial prejudices still linger on in the behavior and expressions of some people, which are based on historical, social and cultural factors. These prejudices and expressions are unacceptable and are not consistent with the country´s inclusive and participatory model we are building, hence we are determined to continue to move forward until their complete elimination.

To this end, and with the purpose of having an updated comprehensive work tool readily available to solve this problem, in November 2019 the National Program against Racism and Racial Discrimination was approved, which is coordinated by a Government Commission headed by the President of the Republic.

Its objectives include identifying the causes of discrimination; diagnosing potential actions to be carried out by territory and area of society; disseminating and making visible our African heritage; and encouraging public debate on the racial problem, as well as its presence in the mass media.

These efforts are in line with our obligations as a State party to the International Convention on the Elimination of All Forms of Racial Discrimination, the commitments undertaken in the Durban Declaration and Programme of Action, and the shared objective of the International Decade for People of African Descent.

In this connection, we will continue to move forward on this and other areas, despite our status as a small developing country and the serious impact of the criminal economic, commercial and financial blockade imposed by the United States government for six decades, which has been intensified in an unprecedented way in times of pandemic.

In closing, I would like to end by answering the question that serves as the topic of this event. In Cuba there are not George Floyds for the simple reason that we have a Socialist Revolution, which has placed the dignity of all human beings at the center of its tasks.

In like manner, I would like to reiterate that Cuba will always join the efforts of the international community aimed at doing away with racism and all forms of racial discrimination, as part of our objective to achieve a fairer world for all. 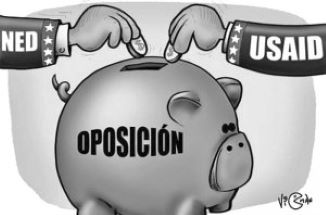