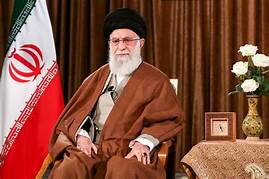 Message of the 7th Congress of the Tudeh Party of Iran to the communist and workers parties of the world:

There needs to be a widening of international solidarity with the Iranian people’s struggle for freedom, independence, social justice, peace, and national sovereignty!

Delegates participating in the Seventh Congress of the Tudeh Party of Iran extend their warm fraternal greetings to the communist and workers parties  of the world who have supported the struggles of the working-class and working people of our country in defence of peace, progress, and democratic rights and freedoms over the recent difficult and turbulent decades.

The impassioned solidarity messages of tens of communist and workers parties from across the world’s five continents to the Seventh Congress of our Party -assuring victory to the struggle of the working people of Iran on their path to creating a new society free from class oppression;discrimination on the basis of gender, ethnicity, and belief; and environmental destruction – have served as great encouragement, strengthening the resolve of the Congress delegates to face the serious challenges and responsibilities ahead. The Seventh Congress of the Tudeh Party of Iran once again reiterated its unwavering commitment to continuing the struggle for the [fundamental] transition [in Iran] from the ruling reactionary theocratic dictatorship towards the establishment of a new society free from class and gender oppression;one rooted in its revolutionary traditions; disposed towards the flourishing of all human talents, natural and geographical resources; while protecting the environment and serving all the people of Iran.

The world has undergone dangerous and complex changes in recent years. Indeed, many political events in the Middle East have seen complications [brought about] as a result of the policies of Imperialism and its reactionary [regional] allies to maintain and deepen the hegemony of the global capital – keeping the working-class and progressive forces out of the struggle. The policies of the Islamic Republic of Iran have also had a negative and destructive role on developments within this region. Therefore, the Congress delegates emphasised the importance of furthering the awareness of the communist and workers’ parties and progressive activists in the world of the facts relating to the ruling forces in Iran as well as the real goals of their domestic and foreign policies.

The approved documents of the Seventh Congress make clear that there is a reactionary regime in place in Iran, one that systematically promotes a highly speculative and exploitative economy based on neoliberal designs without any regard for the basic human needs of the [people of Iran]. The ruling regime in Iran does not show any commitment to, or responsibility for, international conventions on labour rights, human dignity, environmental protection, equal rights for men and women – nor the minimum necessary standards for health and safety, working hours, trade union rights, and working conditions.In the Islamic Republic of Iran, women are deprived of their rights to engage in social activities and [as equal citizens]; young people are faced with a hopeless [situation], socio-economic dead-ends, and a myriad societal labyrinths; and intellectuals are trapped in the age-old web of censorship and cultural humiliation. The role of the productive forces of social wealth, intellect and creativity in the country has been severely limited and pushed back. The young generation in Iran is deprived of its right to contribute towards the construction of contemporary economy and culture.

Based on the present characteristics of the political economy formed in the country over the past four decades and the catastrophic experience of the imposing of shock neoliberal economics on the country’s working-class and other working people[from the early-1990s] and its consequences;the Tudeh Party of Iran emphasises the importance of fighting for people’s democracy, freedom, liberty as well as confronting the propagation and implementation of neoliberal theories in the country.  The class divide in Iran is [now] so pronounced that the absolute majority of the population- i.e.the working-class and even some layers of the middle-class – are unable to meet their minimum needs in order to live. On the other hand, the upper layers of the bourgeoisie – which are linked to the ruling clerical regime- live in ostentatious luxury through the looting of the country’s national wealth and natural resources while benefiting from the favourable [to them] conditions under a rentier government. Economically, the institutionalised corruption of the ruling officials rises by the day and is now rampant in the society. Despite having vast natural resources and a huge labour force at its disposal, Iran is becoming one of the most deprived countries in the world as a result of the governing policies [of the regime].

The Tudeh Party of Iran is determined to inform the international communist and workers movement about the nature of the theocratic regime [based on the absolute authority of the “Supreme Religious Leader”], which is based on the ideology of “Political Islam”,as much as possible – as well as to shed light on its negative impact on developments in the Middle East region. Our Party believes that the international campaign directed towards maintaining peace in the Middle East and active solidarity with the struggle of the working-class and working people of Iran for progress and sovereignty, should be enhanced through the provision of a detailed understanding of the true nature of the theocratic dictatorship and its policies. The Tudeh Party of Iran deems it necessary to emphasise the fact that following the defeat of the National Democratic Revolution of 1979 in Iran (by Islamist forces) in the early-1980s, the policies of the ruling theocratic regime were no longer anti-imperialist in nature – just as they are not anti-imperialist in nature today.In order to ensure its own survival and interests, the theocratic regime, in the past few decades, has had clear, calculated, and decisive involvement with the imperialist policies in Afghanistan and Iraq.

The foreign policy of the Islamic Republic of Iran is also an important factor behind the intensification of the widespread and worsening socio-economic crises that the people of our country are now facing. It should be noted that one of the main demands of the majority of the people, working people, and progressive political forces in the February 1979 Revolution was for political-economic independence and an assurance of national sovereignty within the framework of mutual respect and peaceful coexistence between nations – a demand which remains to this day. However, with the domination of “Political Islam” and the establishment of the theocratic regime under the absolute rule of the “Supreme Religious Leader”, and its continuation until now, the foreign policies of the Islamic Republic of Iran have, in various ways, positioned Iran against the US and other imperialist powers – exposing it completely unnecessarily to threats, dangers, and increasingly destructive [external] pressures.

The assessment of The Tudeh Party of Iran concludes that the theocratic regime is implementing prescribed mandates for economic growth that are based on the accumulation of non-productive financial-commercial capital and increasing links with the global financial capital, thereby placing the country in a weak and vulnerable position against the pressures and manipulations of the imperialist powers.

The Tudeh Party of Iran emphasises that the struggle to secure the interests of the people and the national sovereignty and independence [of Iran] is intrinsically connected with the anti-dictatorship struggle – that these two issues are essentially interlinked  – as it is the theocratic regime that is gradually ruining the country with its reckless and adventurous policies which [needlessly] place the country [in the cross hairs of] predatory US imperialism and its allies,thus in an increasingly dangerous and threatening situation.

The Tudeh Party of Iran believes that the struggle for our country’s transition from dictatorship to the national-democratic stage; the right of national sovereignty; and the fight against imperialism and its reactionary allies in the region [especially the racist government of Israel and the reactionary ruling regimes in Saudi Arabia and the United Arab Emirates] are correlated and interdependent. In this context, the Tudeh Party of Iran would like to exchange ideas and build upon close cooperation with progressive forces in Iran and around the world in order to raise the level of the struggle [of the people of Iran] for peace, progress, and social justice.

(To receive a short briefing paper in English summarising the discussions and core issues highlighted during the Seventh Congress, please email: mardom@tudehpartyiran.org )

-Seventh Congress of the Tudeh Party of Iran

Questions on the Unity of the International Communist Movement