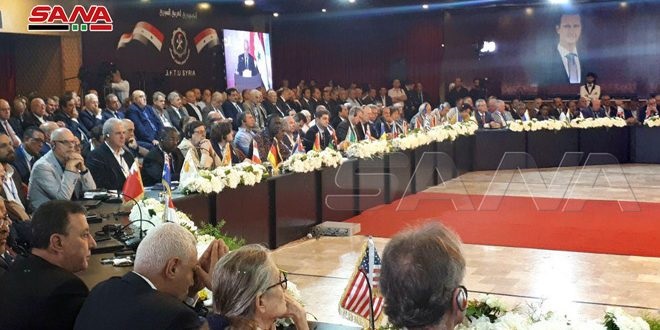 The opening ceremony was attended by Prime Minister Eng. Imad Khamis representing the patron of the forum His Excellency, Mr. President Bashar Al-Assad, President of Syrian Arab Republic along with a number of comrades members of Al- Baath party’s central leadership, ministers, general secretaries of the National Progressive Front Parties, heads of popular organizations and professional trade unions and members of Syrian People’s Assembly, in addition to politicians, social and media personalities.

Speeches were delivered at the opening ceremony by comrades and gentlemen:

In their speeches, the participants stressed the importance of this forum in promoting solidarity and joint struggle of international and Arab working class as well as Syrian trade union movement in confronting terrorism, blockades, economic sanctions and policies of imperialist intervention.

The participants expressed their deep appreciation for the steadfastness and sacrifices of workers and people of Syria, bravery of Syrian Armed Forces, and courage and wisdom of His Excellency, Mr. President Bashar Al-Assad, cohesion of Syrian social fabric and the efforts of official and popular institutions and civil society organizations to face the repercussions and effects of the global aggressive war that Syria has been exposed to for more than eight years, that is targeting its national policies and principled positions on Arab, regional and international levels. Participants expressed their great appreciation to the participating delegations in the Forum and solidarity of their organizations and peoples with steadfast Syria.

Participants appreciated the impressive victories achieved by Syrian Arab Army and allied forces in the fight against terrorism throughout Syrian territory.

Participants reaffirmed their solidarity with all peoples who are struggling against occupation, imperial domination and interference in their affairs. Those who are struggling for their right to maintain their independence and national sovereignty. Participants valued the struggles of Palestinian Arab people in confronting Israeli occupation and defending their legitimate national rights.

The Forum started its activities and held a series of morning sessions on the following themes:

1. The illegality of economic sanctions and coercive measures from the perspective of international law, as well as negative repercussions of blockade policies and sanctions that are consistent with terrorism, on workers and people of Syria. This axis included the presentation of live testimony by employers and workers on the effects of blockade and systematic targeting of armed terrorist gangs for workers and production sector.

2. Importance of solidarity among peoples in combating terrorism and confronting imperialist interventions and hegemonic tendencies that aim at undermining security of peoples and sovereignty of States.

3. The role of trade union organizations, civil society organizations and media in exposing takfiri ideology, paid yellow media, and political hypocrisy of states that claim to fight terrorism in media while supporting it in reality. As well as exposing double standards and standing beside target peoples against suspicious international agendas.

Discussions on all the issues raised in the themes of the Forum focused on:

1. The illegality of the unfair economic sanctions imposed on workers and people of Syria. As well as the contradiction of procedures and sanctions with international law and human rights considering that they cause damage to Syrian people’s life and interests. The Forum stressed the need to lift them immediately. It stressed also the need to exert all possible pressure by trade unions and social and humanitarian organizations on the countries of aggression to lift these sanctions and demand those countries to compensate for the damage and losses suffered by Syrian people, in addition to resorting to international tribunals in case those countries refused to response.

2. The Forum stressed the need to strengthen solidarity among workers and peoples in the fight against terrorism, racism and imperialist interventions, and to thwart the policies of domination and interference in the internal affairs of peoples, in particular the Zionist racist policies, in addition to affirming solidarity with the struggle of workers and peoples for liberation and social and economic independence, especially the rights of Palestinian Arab people in return and self-determination.

3. The Forum also condemned the American administration’s decisions on the occupied Syrian Golan and Jerusalem, and considering those resolutions as null, void and contradict with resolutions of Security Council and United Nations Charter. The Forum stressed the solidarity of workers and peoples of the world with the just struggle of Syrian Arab citizens in the occupied Golan to affirm their national belonging to Syria. As well as Palestinian people struggle to defend their legitimate rights, condemn the repressive and arbitrary measures against Palestinian citizens and demand the Israeli occupation authorities to release Arab and Palestinian prisoners. The Forum stressed also that it condemn the repeated Israeli aggressions against Syria, Lebanon, Iraq and Gaza Strip.

The Forum condemned the crimes of the imperialist reactionary alliance against people of Yemen and calls upon all forces of freedom and peace to condemn this aggression, and calls for its immediate cessation and withdrawal of all aggression forces from Yemeni territory . It salutes the steadfastness of the Yemeni people and their national army in the face of aggression and unfair blockades.

The Forum saluted the steadfastness of peoples of Cuba, Venezuela, Nicaragua and Bolivia against imperialist attacks and provocations.

The Forum called upon trade unions and all forces of freedom and peace in the world to confront and expose the paid media, which turns facts and justify aggression, under false slogans to justify the policies of imperialist intervention, domination, aggression and terrorism.

At the end of the Forum, the participants came up with the following conclusions and recommendations:

1.  Reaffirming the solidarity of workers and peoples of their countries with workers and people of Syria and its national state, and continuing to support their national struggle against policies and violations of imperialist, Zionist and reactionary forces, as well as interfering in the internal affairs of Syrian people.

2. The Forum stresses the necessity and importance of expanding cooperation among all countries with no exception in order to seriously combat terrorism in all its economic, intellectual and cultural forms, and to dry up its sources of financing as well as its material and ideological sources.

3. The Forum emphasizes solidarity with workers and peoples of countries facing terrorism and unfair blockades. It calls upon organizations of international community, particularly Arab and international labor organizations, to expand their contributions in addressing the repercussions and effects of the blockade and economic sanctions.

4. The Forum condemns the inhuman exploitation of Syrian refugees and displaced persons issue, especially by governments of some countries, demanding all those who violate the rights of these refugees to respect them. It denounces the attempts of states that support terrorism to hinder the return of Syrian refugees. It also condemns the failure of relevant international organizations to provide them with necessary care and attention.

5. The Forum condemns the aggressive practices carried out by the (QASAD) militia that is supported by American and Zionist enemy, and collusion with the reactionary regime of Erdogan in establishing the so-called security belt in northern Syria, which is considered a flagrant violation of Syrian sovereignty. It demands the closure of all US and Turkish bases in Syrian territory, in addition to withdrawal of foreign forces from Syria and the cessation of aggressive US alliance air raids on safe areas inside Syrian territory.

6. The Forum salutes victories of Syrian Arab Army and the allied and supporting forces over the armed terrorist gangs.

7. The Forum salutes struggles of international working class against the brutal policies of capitalist globalization that violate the rights of workers and the interests of States and peoples.

8. The Forum salutes liberation, progress and peace forces in the world, who affirmed their solidarity with Syria, headed by WFTU, OATUU, ICATU and all progressive trade union organizations in the world. It calls for more cooperation and coordination on issues of common struggle.

9. The Forum extends its sincere greetings, respect and appreciation to the patron of the forum His Excellency, Mr. President Bashar Al-Assad, President of Syrian Arab Republic, and to Syrian political leadership for all that Syria offers in support of issues of liberation, justice and peace in the world.

10. It extends greetings, appreciation and thanks to the leadership of the General Federation of Trade Unions in Syria and to all Syrian workers and trade unionists who are steadfast in their land and work sites despite the disastrous conditions left by terrorism. It salutes their efforts and dedication in the reconstruction of Syria and overcoming effects and repercussions of unfair economic sanctions.

11. The Forum calls for the formation of a follow-up committee to follow up implementation of the recommendations and decisions of the Forum, and to expand the circle of friends of Syria in regional and international forums.

12. Participants decided to launch the international trade union campaign to break the economic blockade against workers and people of Syria with all available means, and to expose countries that are involved in the aggression, so that participating organizations make struggle steps for that . Participants express their total solidarity and cooperation in international trade union forums.

13. Participants in the Forum decided to send a message of tribute, respect and appreciation to His Excellency, Mr. President Bashar Al-Assad, President of Syrian Arab Republic in recognition of his outstanding role in strengthening the unity and steadfastness of Syrian people, and in achieving remarkable victories over aggression and terrorism. 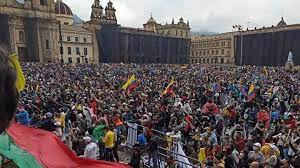 Failed Solidarity: The ICFTU, AFL-CIO, ILO, and ORIT in Haiti 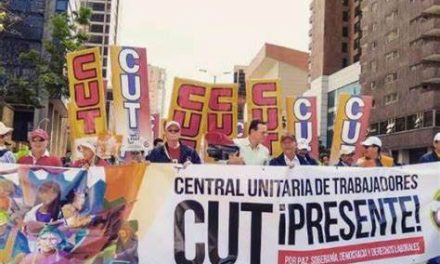