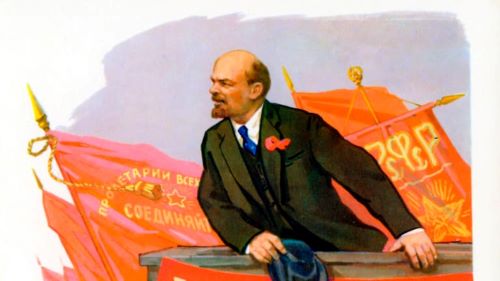 The Results and Significance of the U.S. Presidential Elections

Wilson, a “Democrat”, has been elected President of the United States of America. He has polled over six million votes, [Theodore] Roosevelt (the new National Progressive Party) over four million, Taft (Republican Party) over three million, and the Socialist Eugene Debs 800,000 votes.

The world significance of the U.S. elections lies not so much in the great increase in the number of Socialist votes as in the far-reaching crisis of the bourgeois parties, in the amazing force with which their decay has been revealed. Lastly, the significance of the elections lies in the unusually clear and striking revelation of bourgeois reformism as a means of combating socialism.

In all bourgeois countries, the parties which stand for capitalism, i.e., the bourgeois parties, came into being a long time ago, and the greater the extent of political liberty, the more solid they are.

Freedom in the U.S.A. is most complete. And for a whole half-century—since the Civil War over slavery in 1860–65—two bourgeois parties have been distinguished there by remarkable solidity and strength. The party of the former slave-owners is the so-called Democratic Party. The capitalist party, which favoured the emancipation of the Negroes, has developed into the Republican Party.

This so-called bipartisan system prevailing in America and Britain has been one of the most powerful means of preventing the rise of an independent working-class, i.e., genuinely socialist, party.

And now the bipartisan system has suffered a fiasco in America, the country boasting the most advanced capitalism! What caused this fiasco?

The strength of the working-class movement, the growth of socialism.

The old bourgeois parties (the “Democratic” and the “Republican” parties) have been facing towards the past, the period of the emancipation of the Negroes. The new bourgeois party, the National Progressive Party, is facing to wards the future. Its programme turns entirely on the question whether capitalism is to be or not to be, on the issues, to he specific, of protection for the workers and of “trusts”, as the capitalist associations are called in the U.S.A.

The old parties are products of an epoch whose task was to develop capitalism as speedily as possible. The struggle between the parties was over the question how best to expedite and facilitate this development.

The new party is a product of the present epoch, which raises the issue of the very existence of capitalism. In the U.S.A., the freest and most advanced country, this issue is coming to the fore more clearly and broadly than anywhere else.

The entire programme and entire agitation of Roosevelt and the Progressives turn on how to save capitalism by means of bourgeois reforms.

The bourgeois reformism which in old Europe manifests itself in the chatter of liberal professors has all at once come forward in the free American republic as a party four million strong. This is American style.

The national wealth of the U.S.A. is now reckoned to be 120 billion (thousand million) dollars, i.e., about 240 billion rubles. Approximately one-third of it, or about 80 billion rubles, belongs to two trusts, those of Rockefeller and Morgan, or is subordinated to these trusts! Not more than. 40,000 families making up these two trusts are the masters of 80 million wage slaves.

Obviously, so long as these modern slave-owners are there, all “reforms” will be nothing but a deception. Roosevelt has been deliberately hired by the astute multimillionaires to preach this deception. The “state control” they promise will become—if the capitalists keep their capital—a means of combating and crushing strikes.

But the American proletarian has already awakened and has taken up his post. He greets Roosevelt’s success with cheerful irony, as if to say: You lured four million people with your promises of reform, dear impostor Roosevelt. Very well! Tomorrow those four million will see that your promises were a fraud, and don’t forget that they are following you only because they feel that it is impossible to go on living in the old way. 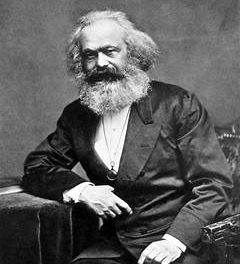 From the Classics: Marx on the Struggle between Capital and Labor 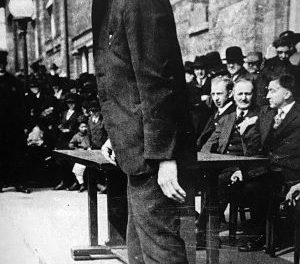 From the Classics: Organizing Methods in the Steel Industry (1936) by William Z. Foster