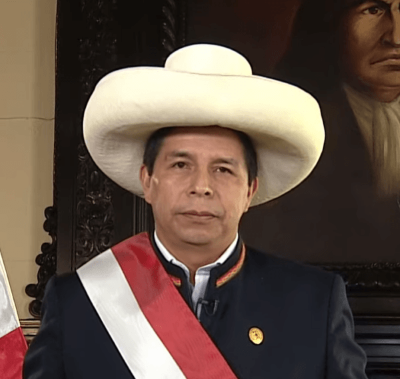 “Pedro Castillo emerged from that deep, excluded, and marginalized Peru that has been the primordial object of nefarious consequences of treason by the elites,” according to an observer. Castillo was the first progressive candidate ever to win a presidential election in Peru.

After harassing him for months, Peru’s right-wing-dominated unicameral Congress recently ordered Castillo’s removal from office. The authorities arrested him, and now he is in prison. Replacing Castillo was Vice President Dina Boluarte.

Protesters have mobilized throughout Peru, blockaded over 100 highways, occupied five airports, and held rallies in various cities. The new government has instituted a 30-day state of emergency and imposed a strong police and military presence throughout the country. Security forces have killed almost 30 protesters and wounded hundreds.

Demonstrators are demanding Boluarte’s ouster, Castillo’s liberation, his return as president, new elections in 2023, and a constituent assembly.

As with Peru’s tumultuous history over recent decades, this conflict reflects division between Peruvians who are well-resourced, European-descended, and living mainly in cities—one-third of Peruvians live in Lima—and the majority of Peruvians who are distressed and deprived and who are likely to live in rural areas and be of indigenous heritage.

Vladimir Cerrón, a Cuba-trained neurosurgeon and founder of the Marxist-oriented Peru Libre (Free Peru) party, in October 2000 recruited Castillo as that party’s presidential candidate. Living in northern Peru, Castillo had never held political office. He was a small farmer, a teacher, and leader of a teachers’ union. He scored a surprise second-round victory in presidential elections on June 6, 2021.

Castillo’s hold on the presidency was fragile, beginning with a 42-day delay in taking office pending investigation of electoral fraud allegations. From then on, he was dodging attacks from Peru’s Congress, where conservatives are in charge. He frequently replaced cabinet ministers in vain attempts to ward off moves leading to his impeachment. The Congress repeatedly accused Castillo of corruption.

Cerrón, angered at Castillo’s dismissal of Peru Libre cabinet ministers, allowed the party’s congressional representatives to break their ties with Castillo. Pressured by Cerrón, Castillo withdrew from Peru Libre in July 2022. Dina Boluarte, his vice president, had earlier been expelled from that party. She and Castillo were not communicating.

Castillo survived two impeachment votes in Congress. But anticipating a successful third impeachment vote, Castillo on Dec. 7 dismissed Congress and called for new elections. The Congress then did impeach him on grounds of “moral incapacity” and proceeded to arrest him. He has been ordered imprisoned for 18 months. The next elections, according to Peru’s constitution, would take place in 2026.

Conflict between President Castillo and the Congress has revolved around provisions of Peru’s 1993 constitution created under the auspices of the Fujimori dictatorship. That constitution authorizes removal of a president via congressional impeachment in a process known as “vacancy.” It also states that, “The President has the power to dissolve Congress if the latter has censured or refused to give a vote of confidence to two cabinet ministers.”

Castillo’s family has taken refuge in the Mexican embassy. The governments of Colombia, Bolivia, Argentina, Honduras, Mexico, Venezuela, Cuba, and some Caribbean nations denounced Peru’s parliamentary coup. The United States, together with Chile, are backing the new government.

The U.S. government is heavily involved. Ambassador Lisa Kenna, an experienced CIA and State Department operative, met with Defense Minister Gustavo Bobbio Rosas on Dec. 6, the day before the Congress impeached and removed Castillo. Bobbio is a retired brigadier general.

The next day, prior to resigning, Bobbio instructed Peru’s armed forces to oppose Castillo’s attempt to dissolve the Congress, which he characterized as a coup. That day, Ambassador Kenna tweeted: “The United States emphatically urges President Castillo to reverse his attempt to close the congress and allow the democratic institutions of Peru to function according to the constitution. We encourage the Peruvian public to remain calm.”

Mexican President Andres Manuel Lopez Obrador , on Dec. 16, criticized the state of emergency in Peru. He denounced President Boluarte’s meeting with U.S. ambassador, adding, “Force must not be used, the people must not be repressed, and freedoms must be guaranteed.” In response, Peru’s government on Dec. 21 moved to expel Mexico’s ambassador in Lima.

The U.S. military has a presence in Peru, as with other Latin American and Caribbean nations. U.S. personnel in 2017 participated in military exercises held jointly with Peru, Colombia, and Brazil in the “triple borderland” in the Amazon region. The U.S. Naval Medical Research Unit Six has long carried out infectious disease studies in Lima and Iquitos. As of 2018, the U.S. Southern Command had built 15 Regional Emergency Operations Centers as part of its “Humanitarian Assistance Program.”

Peru’s military may not uniformly support the coup. Troops stationed in the “VRAEM” area (a Spanish acronym meaning Valley of the Apurimac, Ene, and Mantaro Rivers) on Dec. 18 declared that “The glorious Peruvian Army will not honor the state of emergency” and that they are “in rebellion against the usurper [President] Dina Arcelia Baluarte Zegarra.” Their statement condemns “this exploitative, corrupt system endorsed by Peru’s Political Constitution of 1993.”

This rebelliousness may somehow relate to a Defense Ministry announcement on May 5 that 40 bases in the VREAM area would eventually be converted from drug-war installations to “production and development centers.” The VRAEM in 2020 accounted for 70% of Peru’s coca production. The Ministry’s plans to remove the military bases have been criticized.

The highly-regarded Héctor Béjar, chancellor for the first 19 days of Castillo’s presidency, has the last word. He notes that, “Castillo is a humble man, not a man of the left. He is an evangelical … not a Marxist-Leninist, not a terrorist … His behavior is inexplicable because he is a labor leader at the national level and led two very important teacher strikes. It’s not that he had no experience.”

Béjar is perhaps alluding to Castillo’s unpreparedness in presuming to head a reform-minded progressive government, especially in comparison with similarly-motivated regional leaders of the past and present. In their own ways Presidents like Morales of Bolivia, Petro of Colombia, Chávez of Venezuela, Castro of Honduras, Allende of Chile, and Correa of Ecuador had prepared. They had nurtured popular support, recruited reliable political associates, already were leaders within a left-leaning political movement, or they developed one.

It’s true. Masses of working and marginalized people in Peru are themselves prepared, as indicated by their surprise vote for Castillo in 2021 and currently by their vigorous and ongoing resistance to the coup.  Now as in the past, they are waiting for visionary and revolutionary leadership. 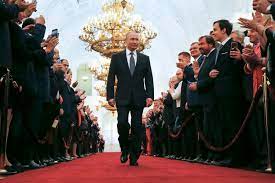 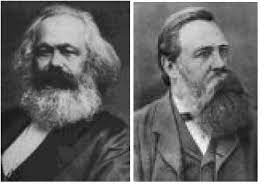 From the Classics: Marx and Engels on the Class Struggle