“We Charge Genocide”: Forerunner at UN of Black Lives Matter 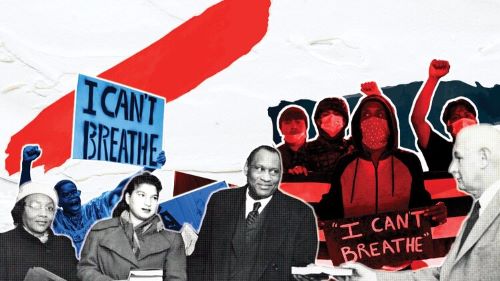 The “We Charge Genocide” petition to the United Nations in 1951 is remembered as one of several major Communist Party contributions to anti-racist struggle in the United States, others being the rescue of the “Scottsboro Boys” in the 1930s, support for the Alabama Sharecroppers Union in that era, and involvement in the Civil Rights struggle later on.

The police killing of George Floyd on May 25 provoked demonstrations worldwide. The United Nations Human Rights Council on June 17 debated a draft resolution introduced by the “African Group” of nations that condemned “structural racism endemic to the criminal justice system in the United States.”  The African nations were responding to a letter from the families of murder victims George Floyd, Philando Castile, Breonna Taylor, and Michael Brown; 600 human rights organizations had endorsed it.

To explore international ramifications of anti-racist struggle in the United States, we examine the substance and circumstances of “We Charge Genocide” and the recent appeal to the Human Rights Council.

Prior to the Council’s meeting, many of its independent experts, special rapporteurs, and members of its working groups divided into groups to release open letters denouncing U. S. racism. The UN’s Committee on the Elimination of Racial Discrimination produced one of its own.

The Council designated the June 17 session as an “Urgent Debate,” for only the fifth time since 2006. Opening the meeting, UN High Commissioner for Human Rights Michelle Bachelet declared, “Patience has run out … Black lives matter.” Philonise Floyd, brother of George Floyd, asked the Council through video to investigate anti-Black police violence in the United States. “You watched my brother die,” he is heard. “You in the United Nations are your brothers’ and sisters’ keepers in America.”

U.S. allies had their say and after closed-door negotiations, the final resolution – approved by consensus on June 19 – didn’t mention the United States; it spoke instead of “all nations,” “all regions,” and “around the world.” The draft resolution’s proposal to investigate anti-Black police violence in the United States disappeared and was replaced with plans for a report on systemic racism by police everywhere and for a yearlong study of police violence against peaceful protestors everywhere.

Secretary of State Mike Pompeo issued a statement denouncing the Council’s consideration of the resolution as a “new low.” The United States was absent at the session, having departed the Council in 2018. The Council’s platitudinous final resolution conveying generalities will likely contribute almost nothing to combating racism in the United States.

By contrast, the appeal represented by “We Charge Genocide” (WCG) took on enduring power from a narrative as comprehensive as it was riveting, from coherent ideological underpinnings, and from its sponsors’ collective experience in anti-racist struggle.

Lawyer William Patterson, head of the Civil Rights Congress, edited WCG. (2)  He had earlier led International Labor Defense, predecessor of the Congress. In that role he shepherded the campaign that, extending internationally, saved nine Black teenagers from execution in Alabama. These were the “Scottsboro Boys.”

Patterson in 1951 took copies of the just-published WCG to the UN General Assembly, then meeting in Paris. Meanwhile Paul Robeson, actor, singer, and Pan-Africanist, was delivering WCG to the United Nations Secretariat in New York. Back in New York, Patterson had to surrender his passport to U.S. officials. Robeson had already lost his.

A section of WCG labeled “Evidence” details lynchings, other killings, physical abuse, and police brutality occurring between 1945 and 1951. It takes up more than half of WCG’s 238 pages. In his introduction, Patterson refers to a “record of mass slayings on the basis of race.” He calls upon “the United Nations to act and to call the Government of the United States to account.” WCG cites international law. The violent episodes recorded there are arranged to fit with specific articles of the Genocide Convention.

WCG’s message and reception reflected turmoil stemming from U.S. – Soviet conflict, U.S. war with North Korea, a brand-new People’s Republic of China, and vicious anti-Communism in the United States. William Patterson was a leader of the Communist Party USA. The Civil Rights Congress was affiliated with the Party.

The U.S. government saw to it that WCG never received a hearing at the United Nations. But elsewhere it circulated widely and exerted an impact, mostly through consciousness-raising. WCG was “extensively covered in the [foreign] press,” says one observer. African-American newspapers reported and commented on WCG after its release.

There would have been readers in socialist nations, in Black liberation circles, and among intellectuals and activists in the various national independence movements. Its arrival coincided with the worldwide battle of ideas of the post-World War II years. (I discovered WCG in 1955 in the office of the “Society for Minority Rights” at my college.)

WCG depicts racist violence in the 20th century as resting on the plunder of bodies and land intrinsic to both slavery and the plantation economy. It suggested the perils of colonialism and of imperialism. Ultimately, WCG made intellectual tools available toactivists resisting apartheid in South Africa, U.S. war in Vietnam, dirty wars in Latin America, U.S. intervention in the Middle East, and more.

For scholar David Helps, “International solidarity was central to the worldview of the [Civil Rights Congress].” And “movements for peace and for decolonization clearly shaped the tone and language of WCG.” According to WCG, “White supremacy at home makes for colored massacres abroad.” WCG called for an international tribunal to judge U.S. crimes against humanity.

Teaching that racial violence occurs in both the U. S. South and North, WCG observes that “as the Negro people spread to the north east, and west seeking to escape the southern hell, the violence, impelled in the first instance by economic motives, followed them, its cause also economic.” Indeed, “Once the classic method of lynching was the rope. Now it is the policeman’s bullet.”

WCG connects racial violence with capitalism. The authors show that exploitation and abuse of Black workers – sharecroppers in the South and industrial employees in the North – enable their white oppressors to profit and to skimp on spending for social services, schooling, and health care. WCG points to bankers and public officials enriching themselves through chicanery and procedural manipulations. It lists corporate monopolies operating in the regions where killings take place

Further, the “implementation” of genocide is “sufficiently expressed … in depressed wages, in robbing millions of the vote and millions more of the land and in countless other political and economic facts, as to reveal definitively the existence of a conspiracy backed by reactionary interests.” More: “The lyncher and the atom bomber are linked …The tie binding both is economic profit and political control.”

WCG anticipates unity between Blacks and those whites who also are oppressed. It argues that abysmal living conditions and even psychological damage represent a kind of violence. WCG presents data on health status, mortality, housing, and education demonstrating the oppression of Black people. This kind of violence impinging upon the daily lives of Blacks, the reader realizes, can endanger white people too. Patterson says as much in his Introduction: “We [Blacks] warn mankind that our fate is theirs.”

WCG moves beyond simplistic solutions. From slavery times on, denunciations of anti-Black violence have centered on moral outrage – as heard in the streets now and at the Human Rights Council.  And anti-racist white people have denigrated the misinformation of other white people, as if that fix might be enough. William Patterson and colleagues, however, draw attention to the economic, political, and policing realities that sustain racial oppression and need to be changed.

WCG did contribute directly, serving as a resource for  African-Americans advocating for reparations. Influenced by WCG, the National Black United Front adopted “We Charge Genocide” as the title of its own petition to the United Nations in 1996. And a Chicago organization defending Black youth against police violence also adopted the name for the petition it too presented at the United Nations in 2014.

WCG probably gave a boost to the U.S. civil rights movement. Foreign critics reading WCG could find documentation there for their own ideas about racist brutality in the United States.  “The work of the American propagandist is not at present a happy one,” bemoaned analyst Walter Lippmann in 1957. A book reviewer noted that, “this Cold War criticism … proved to be so effective in embarrassing the United States … that it deserved major credit for helping to facilitate the struggle for racial equality at home and the eventual passage of the Civil Rights Act of 1964 and the Voting Rights Act of 1965.”

The U.S. government’s amicus brief in the watershed Brown v. Board of Education case in 1954 declared that, “racial discrimination … has an adverse effect upon our relations with other countries. Racial discrimination [has] furnished grist for the Communist propaganda mills.”

Ultimately, WCG and the recent appeal to the United Nations are dissimilar enough as make detailed comparison irrelevant. They differ in surrounding circumstances, breadth of vision, and in the organized preparation of the one and the improvised character of the other.

The families’ appeal clearly resulted from outrage at terrible violence.  WCG shared that but also relied on analysis of institutionalized inequalities and of economic and social handicap. It derived from a culture of resistance that prioritized organization, reliance on allies, and learning from models of struggle.

The world of We Charge Genocide is gone. The case presented by U.S. families to the United Nations might not have been so easily dismissed, if the Soviet Bloc still existed. Or perhaps the U.S. Secretary of State wouldn’t have so glibly discounted world opinion. But all is not lost. Anticipating the police killing of George Floyd, WCG observes that, “the killing of Negroes has become the police policy in the United States and that police policy is the most practical expression of government policy.”

That statement begs a question: what are a government’s purposes as it decides what its police should do? WCG doesn’t comment, although Patterson could have done so, having studied in the Soviet Union in 1928-1929. Citing Marx, Lenin (State and Revolution) opines that, “the state is an organ of class domination, an organ of oppression of one class by another.” (Italics in the original.) 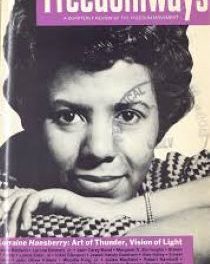 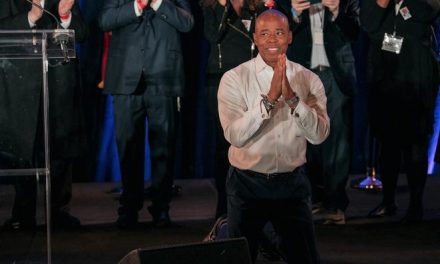