A Cuban View of the International Situation 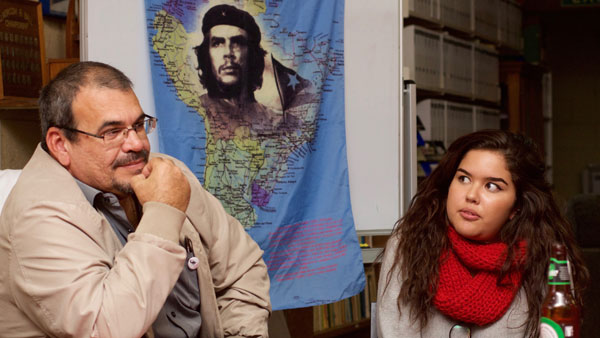 Germán Ferrás is Director of the Asia-Pacific Section of the Department of international Relations of the Communist Party of Cuba. He recently visited Australia at the invitation of the Communist Party of Australia to strengthen the already well-established bonds between our two parties and to improve contact with other parties, trade unions and other organisations acting in solidarity with Cuba. In Adelaide, Australia he  talked to Bob Briton from the Guardian (Australia). http://www.cpa.org.au/guardian/2017/1780/08-cp-of-cuba.html

Bob Briton: You’ve visited several centres in Australia. What’s the most common question that you’ve been asked about Cuba?

Germán Ferrás: The most common question is “what’s happening in Cuba now?”. What is our economic project after the 7th Congress of the Communist Party of Cuba? We answered all these questions and, of course, we transmitted the information that we discussed in our Congress. After the Congress, in our calculation, there was a project in which the most important consideration is human beings and continue with the old reforms of the Cuban Revolution – the public health, education, cultural, sport, social security and others.

And there is the principle for the continuation the idea of the revolution because it’s a different moment, because the revolution occurred in a different time and state of the world, and now the world has changed. So it’s important to develop our economy according to the new circumstances in the world.

GF: That was maybe the second question that people asked us. How is that process of normalisation of relationships between Cuba and USA going? As you know, we have established our diplomatic relations in July 2016 but the embargo continued, the occupation of Guantánamo Bay and the aggression against the Cuban Revolution continued.

We, of course, talked with American parties and pointed out that it’s important to finish with this policy to normalise our relations. We won’t renounce our position, our friendship with other countries in Latin America and the world. The idea of the Cuban Revolution continues. We want close relationships with the USA and other countries, but our ideology and political stance will continue as ever.

BB: This question has two aspects. Are Cubans aware of the solidarity coming from countries like Australia? And do you think there is the same need as for solidarity as in the past between the people of Australia and Cuba?

When the five Cuban heroes were imprisoned in the United States there was very strong solidarity and, in this moment, the solidarity continues because all the different groups in solidarity with Cuba are very active. Our friends know that our fight continues. This may be for many years. If this embargo is kept in place, if the occupation of Guantánamo Bay continues, aggression against Cuban Revolution continues, of course the solidarity will solidify.

And, at the same time, our people have solidarity with other people in the world and we support the other social movements and revolutions in Latin America, in Africa, Asia and Oceania. If we have the possibility to help other people, we do it. For example, we educate, we help many people to know how to read and to write. One of the forms of solidarity is that there are many students from many countries in the world who study in Cuba.

For example, poor black people from the USA study in Cuba because in the US it’s very expensive to study and we come to their assistance. One of the ideas of Cuban Revolution is to help others if possible; if we can we help other countries and other people. We think that the solidarity goes in both directions. We receive solidarity and we give solidarity. The Australian people are the same.

BB: Could you tell me, what’s the assessment of the Communist Party of Cuba – is the world more dangerous now with the new US administration or less dangerous?

GF: We think one man at the head of the White House won’t change the policy, because it is the policy of an empire. The system decides who is the President of the United States. Maybe the policy changes marginally but the objective regarding the Cuban Revolution is the same.

BB: Do you think that the new generation will be as revolutionary as the previous one?

GF: Fidel Castro said the new generation will be better because they are better prepared, steadier. When this new generation was born, the revolution was empowered and was doing many things for the Cuban people. And maybe the historical generation that made the revolution, maybe there were some people who had studied but more were people with only low-level education. But these men and these women participated in the revolution. The new generation has a high level of education and high political preparation, which is very important, and is ideologically supportive of our social system, our ideas, our ideology.

At this time, the enemy is the same, because people are ready to defend revolution against this enemy.

BB: Going back to international relations, how does Cuba view the situation in Latin America? Do you think the situation is dangerous or volatile for Cuba?

After that, imperialism decided to change the situation and became aggressive in different forms. For example, in Brazil, in Paraguay, the parliamentary decision was against the constitutional preference, Fernando Lugo in Paraguay and Michel Temer in Brazil. The close election in Argentina changed the president to the right-wing candidate Macri.

Now the Argentine people realise it was a wrong decision because Macri has been implementing neo-liberal policies continuously against his own people. The right is protesting in Venezuela and in other countries about Venezuela with the support of imperialism. They tried to change the situation and end the Bolivarian Revolution.

Of course, it’s a very dangerous situation but we know, and the people in our country now know, what the right direction is, what is in the people’s interests. Of course, it’s not easy in this moment for many of these countries but we are sure that our ideas will prevail.

BB: How do you see the future relations between our Party, other left and progressive people in Australia and the Communist Party of Cuba?

GF: I think the future is our future. We have started to increase our links between both parties, between other forces that want the best for the people. Historically the Communist Party of Australia is our friend and we have always supported the links between our parties.

We think it’s important for this visit to continue the exchange of experiences between both parties. Your party has experiences that are instructive to us, and our party can share our experiences with our friends here.

The meetings are very important because it’s been our fight for a long time. We know it’s not easy but it’s important that we know we’re acting in the same direction for the best of humanity. 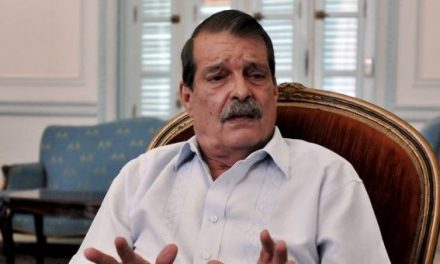 Appeal of Committee of Families for Justice