Here in the state of Texas in the United States there is a dirty little secret that has received little attention.

It is a repulsive, anti-democratic relic of the cold war McCarthy years of vicious anti-communism under which many patriotic people of this country suffered.

Some communists were imprisoned and Ethel and Julius Rosenberg were executed during this era.

Both have been used to persecute communists and working people fighting for their rights.

The McCarran Act was vetoed by president Harry Truman as "anti-democratic," but his veto was overturned by a Democratic-controlled Congress.

The Smith Act was signed into law by president Franklin Roosevelt during a Congress controlled by the Democratic Party. Both laws targeted immigrants as well as communists, socialists and others.

Many people refer to the US as "the land of the free and the home of the brave," paraphrasing the revolutionary national anthem of this country written during a time when there was a monumental struggle against British colonialism and imperialism.

The word Texas is derived from a Caddo native American language word "teyshas" which means "friends" or "allies." The Texas state motto, accordingly, is "friendship."

However, most people associate Texans with the image of "toughness." It is apt, given the inclement weather and politics inherent in this region of the country located in the deep south.

We have swamps, alligators, rattlesnakes, fire ants, deserts, mosquitoes the size of butterflies, cockroaches the size of small mammals, hurricanes, some of the worst pollution in the world and some of the nastiest right-wing politicians paid for by the ultra-wealthy.

These extremist politicians and their benefactors have subjected working people to constantly declining wages, benefits and social services. You have to be tough to live in Texas.

At the same time, the state has produced some of the greatest blues artists and has a very progressive organised labour movement with active involvement by both the AFL-CIO and SEIU. The ethnic and racial diversity of the state is one of its greatest assets.

Nevertheless, Texas state government has held on tightly to a repugnant remnant of the cold war era some 60 years later during a time when there is no Soviet Union.

In fact, the last revision of the legislation was passed in 1993, well after the Soviet Union ended.

During an email exchange with a comrade in North Devon, Gerrard Sables, I happened to mention the outrageous anti-democratic and anti-working-class legislation which is still on the books prohibiting communists from holding public office or even holding a state government job in Texas.

He expressed outrage at this human rights violation in Texas and encouraged me to fight it.

I had felt for a long time that it needed to be fought, but hesitated because of lack of support.

His support was invaluable in spurring me to begin the fight against this atrocity.

The Texas law appears as follows:

Title 5, Subtitle A, Chapter 557, Subchapter A. Sedition and Subchapter C. Communism." Sec. 557.021 reads "DEFINITIONS. In this subchapter: (1) "Communist" means a person who commits an act reasonably calculated to further the overthrow of the government: (A) by force or violence; or (B) by unlawful or unconstitutional means and replace it with a communist government." Sec. 557.022 reads "RESTRICTIONS. (a) The name of a communist may not be printed on the ballot for any primary or general election in this state or a political subdivision of this state. (b) A person may not hold a nonelected office or position with the state or any political subdivision of this state if: (1) any of the compensation for the office or position comes from public funds of this state or a political subdivision of this state; and (2) the employer or superior of the person has reasonable grounds to believe that the person is a communist.

There is also a provision for enforcement by state agencies and/or personnel.

The wording of this legislation is similar in many regards to the McCarran and Smith Acts which have been largely repudiated or repealed at the federal level. The people of the state of Indiana faced similar legislation and it was brought before the Supreme Court and was overturned.

The legislation is in direct contradiction with documents from the CPUSA constitution.

Of course, there is nothing here or anywhere else in the constitution of the CPUSA about "violent overthrow of the government" except under disciplinary procedures.

Subject to the provisions of this article, any member shall be expelled from the party who is a strikebreaker, a provocateur, engaged in espionage, an informer, or who advocates force and violence or terrorism, or who participates in the activities of any group which acts to undermine or overthrow any democratic institutions through which the majority of the American people can express their right to determine their destiny.

Someone recently observed that the definition of "communist" held by the state of Texas excludes all members of the Communist Party USA.

In fact, most CPUSA members would probably support legislation which would prohibit individuals who meet the state definition of a "communist" from holding public office or a state government job as long as the inappropriate label of "communist" is not used to categorise such terrorists.

It is important to remember that communists work to form coalitions of people in an effort to build mass movements to fight injustice and advance the interests of working people. We must start in our own back yard. If we are unable to effectively fight for our interests as communists, how can we expect working people to fight for their rights and interests?

There needs to be a worldwide campaign to repeal anti-communist legislation in Texas and other states of the US.

Indeed, anti-communist legislation around the world should be fought and defeated once and for all.

Such an effort has the potential to force rightwingers into a corner.

If rightwingers oppose repealing anti-communist legislation, they will be opposing democracy.

If rightwingers support repealing anti-communist legislation, they will be voting to support communists.

Perhaps this effort will redefine what "freedom" means in the US.

To raise your objections please write to:

Messages of solidarity can be sent to to gerrard.sables@phonecoop.coop which will be forwarded to Houston communists. 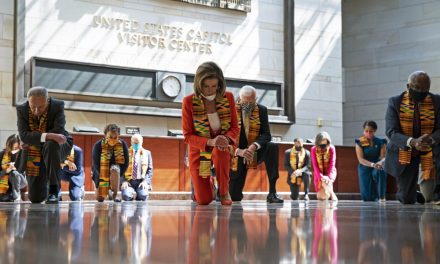 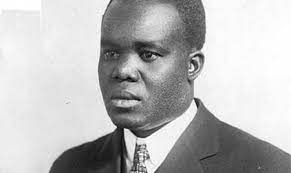