A Letter on the Present Upsurge of Worker Action in China

Translator’s note: Regarding the present upsurge of worker action in China, liberals have used their discursive power in the overseas media to frame the strike wave as a tale of workers’ struggle for ‘independent unions,’ as if this were a repetition of Solidarnosc. What do Chinese workers want? What is the direction of the Chinese workers movement? Those who support the movement and are concerned about the fate of the working class should provide an account matching the reality of the movement. This letter of support provides a perspective different from those predominant in the mainstream media.

To: General Secretary Hu Jintao and Members of the Central Party Committee,
Chairman Wu Bangguo of the People’s Congress
Premier Wen Jiabao, Vice Premiers, and Members of the State Council
Compatriots throughout China, and all Media Outlets:

There have recently occurred numerous incidents in our country that signal intensified social contradictions. According to media reports, Shenzhen-based Foxconn with Taiwanese investment have treated workers as machines (or worse, just spare parts!) to generate profit for the company and instituted an inhumane management system that destroys the health and spirit of workers to the extent that some have felt that life is not worth living. Thirteen workers in this company have jumped to their own deaths in a short period of time. Their tragic deaths break our hearts. It is a situation that has shocked the world!

Based in Foshan, Guangdong, Honda Auto Parts Manufacturing Co., Ltd. is a Japanese-owned company. While the capitalist owner has made a huge profit, the wages are too low to support workers’ livelihoods and the company’s union does not represent the interest of the workers. Nearly two thousand workers have gone on strike in their struggle for wage increases and to initiate a reform of the union. But the Japanese management only agreed to a small increase, far from what the workers have asked. Moreover, the management unjustifiably demanded workers to sign a "no strike" commitment and threatened to fire workers who take part in the strike. They indeed fired two leaders among the workers.

Other incidents in the media also show increased conflict between capital and labor. Some workers in Chongqing Qijiang Gear Transmission Co. Ltd were forced to work overtime during weekends and died from overwork. The long-term exhaustion, low pay and management corruption led workers to strike. Close to 1700 workers from Taisheng Furniture Company, based in Dongguan, Guangdong Province, had a three-day strike to protest against overstress and low pay. Over a thousand workers in the spare parts factory that supply Beijing-based Hyundai went on a strike to demand a pay raise. Workers at Lanzhou Vinylon Company went on strike because they cannot sustain a basic livelihood. In Datong City (Shanxi Province), the state-owned enterprise Xinghuo Pharmaceutical Company was forced into bankruptcy and its laid-off workers had their numerous petitions refused. Following this, over 10,000 people staged a sit-in at the municipal government building; some of them were beaten up by armed police. Workers on strike from Pingdingshan Cotton Spinning Mill (Henan Province) were brutally beaten by thugs brought in by police vehicles, resulting in injuries of many women workers. In Shenzhen workers who are taking the lead to demand back pay or protect workers’ rights have had their names placed on various blacklist, which makes it difficult for them to obtain employment. These are just some of the recent incidents that illustrate the scope of the problem.

On the whole, the bourgeoisie have transferred the burdens of the economic crisis onto the workers and have waged a more fierce attack on them. The working class is forced to rise up and resist. But as workers have become a weak social group in recent years, and with the deprivation of basic rights prescribed by our country’s constitution, they are in the sad situation where their deaths are unanswered, their strikes unsupported, and their grievances unheard. According to our country’s constitution, particularly the four basic principles and the basic rights accorded to citizens, we issue the following appeal to address the current situation and problems.1

First, we should firmly support workers in Foshan Honda and other factories in their just struggles for survival and against oppression. Article 33 of our country’s constitution states, "the state respects and ensures human rights." The right to strike is an inseparable part of human rights and is also a basic civic right prescribed by constitutions around the world. We firmly support all reasonable demands that Honda workers have raised so as to change their harsh working conditions and low wages. We are strongly opposed to the management’s threat to fire workers. The two leaders who were fired should be immediately given back their jobs.

We believe that our call will be supported by all those who uphold the authority of the constitution, respect human rights and stand for justice.

Second, we should demand Foxconn and other similar enterprises to immediately stop their inhumane and harshly exploitative management methods. We demand that the management respect workers’ integrity and dignity, obey the state laws, improve working conditions, strictly implement a 8-hour working day and compensate workers’ for overtime. They must ensure that workers are paid wages that are enough for their own sustenance and their reproduction. This is the only way to ameliorate labor-capital conflicts and reduce or prevent the so-called "psychological" problems. To elide the fundamental labor-capital contradiction by one-sidedly emphasizing "psychological counseling" is to intentionally cover up the contradiction and to confuse cause with effect. It has been reported by the media that some who committed suicide also showed signs of bodily injuries caused by beating. There was also suspicion of some being pushed off buildings. These already warrant a criminal investigation. Government agencies should deal with it seriously and find out the truth.

Third, unions should clearly stand on the side of the working class to represent and uphold the interests of the working class as prescribed by the constitution. If any union organization ignores the constitution and "take the boss’ shillings and do the boss’ bidding," then they will be spurned by the working class. The leadership of the union in each enterprise must be democratically elected by its members. Relatives and representatives of the bosses should not be allowed to take any leadership position in the union. If such a case is found, it should not be approved by the union at higher levels. The union at higher levels should instead help such enterprise-based unions organize an all-members meeting and help rebuild the enterprise’s union through democratic election.

Fourth, government at all levels, particularly the local government should protect civic rights by strictly following the law, earnestly resolve labor-capital conflicts and ensure citizens’ freedom of speech. Government should administer according to the law and should prevent and stop incidents that violate basic civic rights prescribed by article 33 of the constitution and other related regulations. It should actively deal with cases of labor-capital conflicts according to the law. Ignoring workers’ reasonable demands either through inaction or siding with management should be resolutely corrected. In order to ensure people’s right to information and right to supervision, media should be allowed to freely and truthfully report on labor-capital conflicts and other cases and convey people’s voices without obstruction and interference.

Fifth, we call for the restoration of the working class as the leading class of our country and the re-establishment of socialist public ownership as the mainstay in our national economy. Article 1 of our country’s constitution states, "The People’s Republic of China is a socialist state led by the working class on the basis of a worker-peasant alliance." Article 6 of the constitution states, "The basis of socialist economy of the People’s Republic of China is socialist public ownership of means of production, that is, all people’s ownership and laborers’ collective ownership." "In the primitive phase of socialism, the state should build an economic system with public ownership as the mainstay and co-development of the economy through other ownership forms. Distribution should be based mainly on each according to his/her labor, with co-existence of other distributive methods." The Chinese Communist Party must be the real vanguard of the working class, strengthen its leadership of the people’s polity, and reinforce the people’s democratic dictatorship. We call for a reestablishment of public ownership as the principle part of the national economy. Only in this way can workers, peasants and people in general become masters of enterprises and the country and truly implement a distribution system primarily based on labor contribution. At present, it is imperative to improve working conditions and increase wages and benefits in the private economy (funded by domestic and foreign investments). It is completely just to actively support workers’ struggles towards that end. But in so far as the capitalist privately-owned economy rather than the socialist publicly-owned economy dominates, the working class cannot change their weak position under structures of exploitation, nor the unfair distribution system and the disparity between the rich and poor. Under this condition, it is also impossible to transform our export-oriented economy to one that is independent, self-reliant and seeks to satisfy the material and cultural needs of people in the country.

Based on the present conditions, it will only be through a long-term struggle that the working class can restore its leadership position and the national economy can be transformed into one primarily based on public ownership. We have the guidance of Marxism-Leninism-Mao Zedong Thought and have the constitution, particularly the four basic principles at its core, as our legal instrument. All members of the Communist Part and all people should abide by the constitution. The socialist modernization that we uphold fits the interest of the broadest range of people and corresponds with historical development of mankind. If all people who support socialism, love their country, and abide by the constitution are united and persistent, then through a long-term struggle, we will be able to realize our goal. 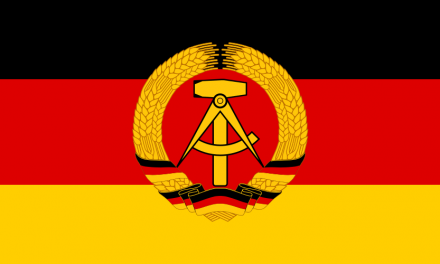 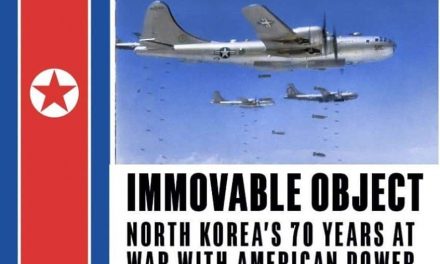