About 60 percent of Russians believe there were more positive than negative aspects to life in the former Soviet Union, an opinion poll suggests.

Of the 1,000 people whom Russia’s Public Opinion Foundation (FOM) interviewed by telephone in a survey last month, 14 percent said the word communism had percent “very pleasant,” “positive” or “wonderful” connotations for them and 12 percent said they were nostalgic about the Soviet era.

Communism was just a thing of the past for 11 percent, but the same proportion believed communism meant good and stable life. To 7 percent, the word communism gave a sense of “disgust” or “sad associations” or meant “something negative” generally.

For 5 percent, it stood for dreams of a “radiant future” that had never come true (“it’s a great pity that we never came to see it”). Asked by pollsters to explain the meaning of the word communism, 23 percent said that for them it meant a just society where everyone is equal and all property is common.

For 9 percent, the word primarily stood for a specific economic and social system, while for 8 percent it represented a life better than today’s (“we were better off, people were taken better care of,” and “people were more plain and life was more plan as well”). Six percent said communism represented good and stable life for them, and praised the official Soviet era principle “From each according to their abilities, to each according to their needs.”

Five percent dismissed communism as a utopia or fairytale.

Respondents were also asked to explain what they might see as positive and negative aspects of the Soviet system. In response, 33 percent credited it with good social security guarantees, stability and good care of people, 14 percent said it had been a system of justice and social equality, 9 percent said the Soviet Union was a land of rule of law and discipline, 7 percent praised the country’s guaranteed employment, and another 7 percent claimed that people were more willing to help each other then than they are today.

On the other hand, 9 percent criticized Soviet-era restrictions on rights and liberties, 7 percent accused the Soviet system of suppressing personal individuality, another 7 percent said shortages of basic consumer goods were that system’s main defect, 6 percent slammed abuse of authority in that period and 5% condemned the repressive rule in the Soviet Union.

By and large, 59 percent of respondents believed there were more positive than negative aspects to communism. In that category, 69 percent were people aged 60 or more and 47 percent people aged between 18 and 30.

Moreover, 43 percent would have welcomed Russia’s re-adopting the communist ideology, 38 percent were not happy with the idea, and 19 percent were undecided on this point.

Russia Behind the Headlines 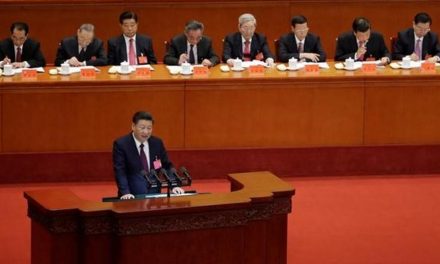