Africa: ImperialismÂs High Mark of Conquest in the 21st Century

The US-NATO military curtain has fallen the length and breadth of Africa.Â

At present, nothing stands in the way of the militarization and occupation of Africa by the United States and its junior imperialist partners. Every global and multinational organization of any consequence on the continent has been suborned to the service of the neocolonial military project. AFRICOM, the United States Military Command in Africa, has become the headquarters of recolonization, augmented by the militaries of NATO and legitimized by the African Union, itself, and the global credentials of the United Nations.

It is vital to note this great feat of imperialism and international white supremacy reached its zenith during first term of the Obama administration, which roughly coincides with the birth of AFRICOM, in 2008. Imperialism with a Black face has been fantastically successful, in Africa. In fact, Africa is U.S imperialismÂs only generalized success story of the 21st century, to date.

Bizarrely costumed in the garb of Âhuman rightsÂ interveners, the greatest genociders and enslavers in human history Â Europe and its superpower offspring, the United States Â have nearly completed their reconquest of the African continent. Only a few patches of land are free of their military entanglements and treaties Â notably, Zimbabwe and tiny Eritrea, among the few nations on the African continent that have not yet been absorbed into the AFRICOM matrix.

The United Nations and the African Union have become mere annexes of the AFRICOM military complex, under the fictitious banner of human rights.

The African Union definitively sold itself to the Devil in Somalia, where an AU-accredited force of almost 20,000 troops fights a U.S. and European Union-armed and -financed war to subjugate the Somali nation. The greatest crime of the late 20th and early 21st centuries is now in the process of being sanitized, globalized, and Pan-Africanized in the Democratic Republic of Congo.

Since 1996, under Presidents Clinton, Bush and Obama, the United States has armed and financed the de facto annexation and bloody depopulation of the mineral rich eastern Congo. U.S. client states Uganda and Rwanda turned the eastern provinces of Congo into a vast killing field that has, so far, claimed the lives of 6 million people Â the greatest holocaust since World War Two. All the while, successive U.S. administrations shielded their Ugandan and Rwandan hirelings from international censure Â even as nearly 20,000 United Nations troops were stationed in the killing fields.

But eventually, Rwanda and UgandaÂs role in the carnage could no longer be hidden. Now the United States Â the superpower overlord of the Congolese genocide Â drapes itself in the clothing of humanitarian savior of the Congo. It has pushed through the United Nations Security Council the creation of a new, 3,000-man force to aggressively intervene in Congo. Like the United Nations-African Union force in Somalia, the UN Congo Âintervention brigadeÂ will not move an inch without U.S. arms, training, and supervision.

The U.S., which has choreographed the Congolese genocide for the past 17 years, will now pose as the great peacemaker and life-giver, through the offices of the United Nations and participating African countries. And the bought and paid for governments of the continent will bow, and applaud, and then bow again. 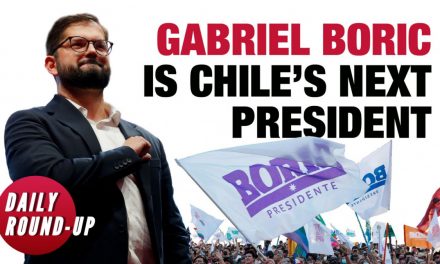 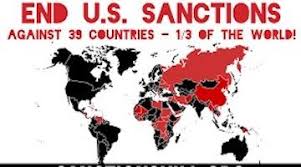