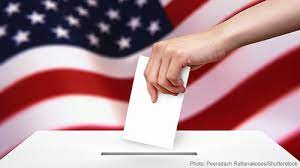 Without saying it in so many words, The Wall Street Journal summarized the results of the November 8 mid-term election: The US electorate feared the Republicans more than they disliked the Democrats.

Historically, a major party with an incumbent president overseeing a painful economy and with the President polling negatively receives a big hit from the electorate. That didn’t happen this year.

As the WSJ puts it more diplomatically:

Voters were in a sour mood that usually signals that they are ready for change in Washington and state capitals. But in many cases, they were not looking for the change that Republican candidates were offering.

Some of the movers-and-shakers in the social democratic movement seem to agree. Writing in Jacobin, they observe:

A major factor in Democrats’ stronger-than-expected showing nationally appears to be the rock-bottom expectations of their voters. An NBC exit poll captured a deep sigh of resignation at the ballot box, with Democrats winning among voters who “somewhat disapprove” of Joe Biden’s job performance. Overall, more than seven in ten voters said they are “dissatisfied” or “angry,” according to exit polls conducted by Edison Research.

Such results suggest that Democratic voters weren’t inspired to vote for their candidates; they just couldn’t tolerate the alternatives.

And why would voters feel otherwise? They had just suffered through a vicious, but hollow campaign that raised and spent an obscene amount of money (supposedly a quarter of a billion dollars in Pennsylvania, over 30 dollars per person in Georgia on the respective Senate races). Republicans portrayed Democrats as socialists while Democrats responded by calling Republicans “fascists.” Neither side had the foggiest understanding of socialism or fascism.

Republicans relied on their conventional toolbox of baiting– crime, race, reds under the bed– and economic management.

While Democratic candidates and spin doctors touched none of the most critical issues facing US voters– a host of urgent matters like a failing, low-income economy, health care costs, exploding costs of food and housing, massive debt, ineffective and costly education, immigration reform, inequality, and, most importantly, an expanding US/NATO/Russia war in Ukraine– they correctly gauged that many centrist voters were fed up with Trumpite rhetoric and bombast, and voters were enthusiastic about rejecting him.

Likewise, they were correct about alarm over the Supreme Court anti-abortion decision. The number of voters who thought that abortion was the most important issue grew three-fold to 10% from the last two elections.

The Democrats held their ground despite losing one of their most reliable allies in recent elections: suburban women.

Their cavalier presumption of Black and Latino voters continues to cost Democrats, especially among younger Black voters. The AP VoteCast survey shows that “Younger Black voters moved a substantial 22 percentage points toward Republicans in 2022.” How much longer can the Democratic leadership ignore the pressing needs of African Americans and other minorities and the widening inequalities that they suffer?

The five prominent progressive co-authors of the Jacobin article, Eight Lessons from the Midterm Election, correctly recognize the growing gap between the needs and desires of most US voters and the program that the Democratic Party leadership and its electoral machine will accept. Further, they argue that where Democrats put forth a more people-oriented program, they fare better.

But the article’s authors fail to equally recognize that even on the rare occasion when the campaign promises are more progressive, they tend to evaporate after the election. And more often than not, Democratic “progressivism” is opportunism of the moment.

For example, Fetterman, the Senate winner in Pennsylvania, was a strong anti-fracker when that suited his audience, but a pro-fracker when it suited his political ambitions. His support for health care never took him to strong advocacy of Medicare for All, but left him in the rhetorical twilight zone of “healthcare is a human right”. And then there is the centerpiece of economic comparative advantage: marijuana production. His trajectory is not an uncommon story among Democratic Party “progressives” (I cringe when I remember how Reaganaut liberal-baiting made Democrats cravenly give up the word “liberal” for “progressive”).

It is challenging to imagine that this election will change much. With the presidency, the House of Representatives, and a very slim advantage in the Senate, the Democrats accomplished very little. And, as was true of the Obama years when they owned a super-majority for two years, they sought to do far less than they promised. Thus, in power for ten of the last fourteen years, the Democratic Party has clung to centrist policies that offered no serious opposition to corporate power.

And yet the hardships facing the US people are far greater than they were when Obama took office in 2008. In the face of economic setbacks and burgeoning inequality, the Democrats have answered the call of monopoly capitalism while asking the people to sacrifice– largesse for one class, austerity for the other.

It certainly seems that the urgent fight to overcome desperation, inequality, austerity, and war will now only come with masses in the streets, rather than in the voting booth. 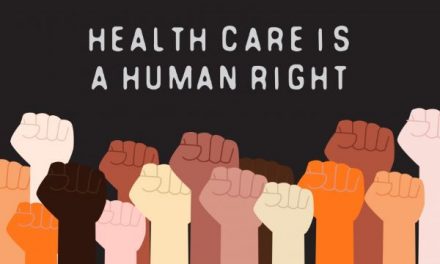 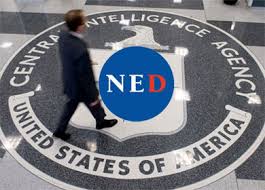 Inside America’s Meddling Machine: NED, the US-Funded Organization Interfering in Elections Around the Globe