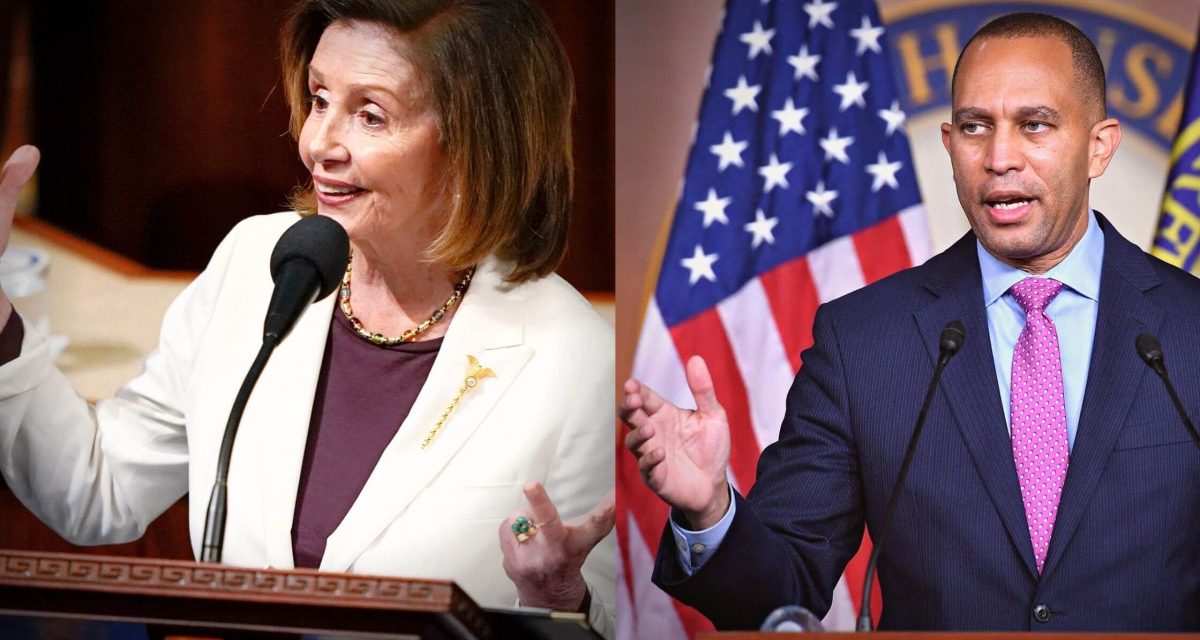 A new generation of Democratic leaders will soon come into focus in the US.

Nancy Pelosi, speaker in the House of Representatives, has announced she is stepping down from the Democratic leadership. She will continue as a member of Congress following the recent brutal attack on her husband in their family home. Also stepping away from a leadership role is House Majority Leader Steny Hoyer of Maryland.

House Whip James Clyburn of South Carolina would retain a leadership position though no longer as Democratic whip.

But ongoing staunch support for Israel appears certain if Congressman Hakeem Jeffries of New York, currently chair of the House Democratic Caucus, is chosen by Democrats as their leader as they return in January 2023 to the House minority following election defeats this November.

He is widely expected to head the Democrats in the House of Representatives with Massachusetts Congresswoman Katherine Clark, 59, and California Congressman Pete Aguilar, 43, likely also moving into top leadership positions. Elections are planned for 30 November.

Jeffries, 52, would be the first Black politician to hold the position for either party, a significant development for a Democratic party long mired in upholding racial discrimination in southern states. Republicans are today seen as the party far more apt to discriminate against Black Americans and other “minority” groups in the rapidly diversifying US.

Last year, Jeffries stated, “I’m a Black progressive Democrat concerned with addressing racial and social and economic injustice with the fierce urgency of now.” He then added, “There will never be a moment where I bend the knee to hard-left democratic socialism.”

He has received hundreds of thousands of dollars in just the past two years from Israel lobby groups such as Pro-Israel America ($213,450), NORPAC ($99,150) and AIPAC ($60,810), according to OpenSecrets, an independent and nonprofit group tracking money in US politics. They represent three of his top five contributors during that time frame.

To be sure, this money certainly isn’t going to convince Jeffries to support freedom and equal rights for Palestinians. He’s being funded by anti-Palestinian bigots and now is on the cusp of leading the Democratic Party in Congress.

Earlier this year, Jeffries pushed back against Amnesty International’s determination that Israel practices the crime of apartheid.

According to Jeffries, “Israel is a democracy. It is not an apartheid state.”

This disregards the findings of Palestinian, Israeli and international human rights groups.

Openly ignoring history and invoking racist anti-Arab language, he added, “Any conclusion to the contrary is demonstrably false, dangerous and designed to isolate Israel in one of the toughest neighborhoods in the world.”

He previously employed similar language in defending Israel’s devastating war on the largely refugee population in Gaza in 2014 that killed 2,251 Palestinians, including 1,462 civilians, among them 551 children. Palestinian strikes killed six civilians in Israel and more than 60 Israeli soldiers.

Jeffries reiterated his support earlier this year for a “two-state solution,” an outcome that would relegate Palestinians to permanent bantustans and intensified segregation while failing to address Israel’s ethnic cleansing of Palestinians in 1948 and 1967.

He lauds the “special relationship between the United States and Israel” and argues it “is anchored in our shared democratic values.” In fact, Israel looks more like the Jim Crow “democracy” of the US in the 1950s with millions of Palestinians lacking any say in the government that actually controls their lives – as opposed to the weak municipal government of the Palestinian Authority which Israel has subcontracted to handle some security matters in the West Bank.

Jeffries ignores all this and has yet to comment on Kahanist leader Itamar Ben-Gvir and anti-miscegenationleader Bezalel Smotrich once again winning election to the Knesset, Israel’s parliament. Now, they stand on the precipice of prominent leadership positions in Benjamin Netanyahu’s coalition government. Nor has he commented on the virulently racist comments by May Golan, a member of Netanyahu’s Likud party, against migrants from Africa.

Will Jeffries continue to mouth platitudes about shared democratic values or in leadership reject the racist direction of Israel which is clearer than ever to observers? His history of agreeably meeting with Israeli war criminals such as (outgoing) defense minister Benny Gantz, who bragged about sending parts of the Gaza Strip back to the “stone ages,” indicates he will fail the test.

His support for Israel extends to “emergency” military aid that he claims is needed to protect civilians, but is not similarly provided to Palestinians in Gaza under fire from much greater military might. Most of these Palestinians are from families ethnically cleansed in 1948 and forced into Gaza despite the fact that their homes and lands are just a few miles away in modern-day Israel.

Jeffries dissembled when asked about support for Congresswoman Betty McCollum’s bill that would prohibit “the use of any funds that are made available for assistance to Israel in support of (1) military detention, interrogation, abuse, or ill treatment of Palestinian children; (2) seizure, appropriation, or destruction of Palestinian property and forcible transfer of civilians in the West Bank; or (3) unilateral annexation by Israel of West Bank territory.”

In response, he made clear he’s for more military funding for Israel while saying nothing in support of the substance of the bill to protect Palestinian children from Israeli human rights abuses.

Tellingly, he has yet to co-sponsor the straightforward legislation.

Jeffries has the full support of the Democratic Majority for Israel, a lobby group with a board member – Archie Gottesman – who called for genocide against Palestinians in Gaza when she tweeted, “Gaza is full of monsters. Time to burn the whole place.”

DMFI PAC promotes donations to him.

AIPAC, another Israel lobby group, also stood with Jeffries earlier this year in supporting Democrat Valerie Foushee over Democrat Nida Allam in the most progressive congressional district in North Carolina. And Jeffries has been an esteemed guest at AIPAC conferences seeking to limit, delay and/or erase the rights of Palestinians.

At one AIPAC appearance, he said that “back home in New York City we consider Jerusalem to be the sixth borough,” a comment he’s used elsewhere. He also bragged about his efforts against the boycott, divestment and sanctions movement to secure freedom and equal rights for Palestinians.

Jeffries has often traveled to the region where he has generally embraced the Israeli outlook, including by not regarding the Golan Heights as occupied territory.

He views Israel in biblical terms and as a self-described “person of faith” as “the land of milk and honey” while downplaying the religious discrimination faced by Palestinian Muslims and Christians. A Palestinian liberation theology is not part of his outlook.

One time when Jeffries did reject an Israeli stance was when Netanyahu refused to allow Congresswomen Rashida Tlaib and Ilhan Omar to travel to the West Bank without preconditions. Even then, however, the worst of his ire was reserved for President Donald Trump.

Tlaib is the first Palestinian Muslim woman to win a seat in the US Congress. The Democratic Party is increasingly reflecting what the US looks like, but Jeffries appears unwilling to avail himself of the firsthand experience Tlaib has with Israeli apartheid and make a break with decades of Democratic support for racist Israeli policies subjugating Palestinians from the Jordan River to the Mediterranean Sea.

Reflecting what the US looks like is an enormous improvement on the whites only political reality that once existed in Washington, but has yet to make a dramatic difference for Palestinians and their rights with too many Democrats still unwilling to reverse the long-held anti-Palestinian racism and other anti-Arab viewpoints within the party.

This is a profound opportunity for generational change that Washington Democrats look likely to fail. The new leaders, particularly Jeffries, remain far behind grassroots Democrats in standing up for Palestinian rights.