The Washington Post, the New York Times, and Reuters report that their sources have revealed the CIA is concluding (with its surely-by-now suspect “high confidence”) that the highest echelon of the Saudi Arabian government, including the Crown Prince Mohammed bin Salman, ordered the assassination of Jamal Khashoggi.
Khashoggi’s murder at the Saudi embassy has occupied US headlines for the last six weeks. While it appears to be a particularly gruesome and brazen act, one cannot but recoil from the callous selectivity of the US media, a media that heretofore ignored or minimized the horrors inflicted upon tens of thousands of Yemeni people by the same Saudi government and its coalition allies.

As though choreographed for the moment, a study suddenly appeared last week proclaiming Saudi savagery (Aid Group Says 85,000 Children May Have Died of Hunger in Yemen) and capturing the attention of The New York Times, Washington Post,Time,The Independent, Voice of America, etc.

Overnight, the US media discovered atrocities already well documented over the last three years by the UN and foreign and alternative media. Suspiciously, the aid group releasing the study was thrown out of Pakistan in 2015 charged with covering a bogus CIA vaccination program.

One might be led to believe that the violently imposed social, cultural, and political backwardness of the Saudi family regime and its bloody actions was unknown until the Khoshoggi affair. However, it is only politically expedient to recognize it now with a rift in the ruling class.

But what is one to make of this leak from anonymous CIA sources to the media?

Like so much of the unattributed information and misinformation driving the US entertainment-oriented media, the leaks stir the political pot without adding certainty or clarity.

Apart from information tantalizingly dangled by Turkish authorities, the CIA leakers additionally claim a phone intercept between the Crown Prince’s brother in Washington, DC and Khashoggi, assuring his safety for a visit to the Saudi consulate in Istanbul. The CIA sources assert that the call was made at the behest of the Crown Prince. Therefore, they conclude that bin Salman’s motive for the call was to set up the Khashoggi murder.

The corporate media have taken the matter as proven despite no official confirmation from top CIA officials or other government agencies. For the entertainment-industrial complex, the Khashoggi affair is just another opportunity to bait President Trump– a firm supporter of the newly installed Crown Prince–  into another episode of prevarication, bluster, and outrageousness. And the simultaneous “discovery” of Saudi Arabia’s bloody massacre of Yemen only adds to the case against Trump.

In the meantime, President Trump squirms before the broad national and international revulsion over the killing.

Is the revulsion over the Khashoggi killing sufficient for the US and the NATO allies to kick Saudi Arabia to the curb? Will they jettison their long reliable “policeman” over the Islamic world and their intermediary in imperial domination?

Soaked with self-righteousness, US and European leaders act as if they had forgotten the dirty work that the Arabian head choppers did for them, for example, in Afghanistan, in the former Yugoslavia, in supporting Israel, in Libya, and, of course, in Syria.

Like the US media, Erdogan’s Turkey stoked the assassination into a major crisis. They willingly exposed their illegal wiretap in order to discredit Saudi Arabia and drive a wedge between the Saudis and the US. They have also sided with Qatar in its defiance of the other Arabian monarchies.

Qatar, in turn, has conveniently befriended Iran with whom it shares an enormous natural gas field. Iran, like Turkey, has engaged in an off-again, on-again friendship with Russia. In the case of Turkey, Erdogan plays the US against Russia over arms sales.

Round one went to Russia with its sale of its sophisticated ground-to-air defense system, annoying the US to no end. Though the US cancelled its offer of the defense industry’s crown jewel, the F-35, the Turkish leaders know that the US desperately needs to sell the fighter to rationalize the development costs. Erdogan would like to trade closer relations with the US (and not Russia), arms sales, and a muting of the Khashoggi affair to get their hands on Fethullah Gülen, the alleged coup plotter living in the US.

Alongside the gore of assassination and weapons sales haunting the Middle East, there is, as there always is, the specter of oil (energy). Saudi Arabia has sought to reset its role in the energy nexus. New leadership hopes to shed its image of unreconstructed tribalism, it attempts to diversify its vast wealth, and it looks to jump-start its capitalist normalization by making ARAMCO, the Saudi energy firm, a publicly traded corporation.

But the emergence of its long-time energy partner, the US, as an energy rival has deflected those goals. First, the Saudis tried to discipline the US energy industry by driving prices below cost of production, bullying the revived US fracking industry and taming its growth. With billions of investor funds propping up the US industry, the plan failed.

Saddled with enormous and growing expenses from the Yemeni war, the Saudis reverted to their traditional role as ‘CEO’ of OPEC, guiding the oil producers toward a stable mix of sustainable and profitable prices.

But their close friends in the Trump Administration overturned that effort. Taking the Trump sanctions against Iran at face value, the Saudis and the other oil producers ramped up production to fill the void. However, the Administration negotiated large exceptions to the sanctions, turning the increase into an overproduction glut and collapsing prices.

Sensing a betrayal of the alliance, the Saudis are embarking on an independent policy of drastically reducing production and urging others to do so as well. The oil wars are escalating.

With the Saudi-US alliance frayed, Putin has made nice to the Saudis in recent months.

If the Middle East seems a cauldron of chaos, drama, and frictions, it is only one of several centers of growing tension and conflict. Southeast Asia is becoming the scene of US-PRC rivalry, with different countries taking different sides, with influence peddling through loans and projects, and with threats and counter-threats.

To those still viewing the world through the prism of the Cold War or the brief period of global US hegemony, today’s world appears as a great mystery– a moment of intense drama and inexplicable chaos. The Cold War– for all of its dangers– operated under a fairly strict set of unspoken rules, even when reckless leaders like Ronald Reagan were in power. During the post-Soviet, short-lived US global regnum, all but a few countries accepted some US governance.

But today, states are in intense competition for economic advantage as Lenin’s Imperialism foresaw. Capitalist countries are replaying the intense competition typical of human interactions under capitalism, but on the regional and international level. Alliances are formed and broken; contradictory new ones are formed in the blink of an eye. International rules and regulations are under siege as countries seek to gain an economic edge. Cooperation, always a tenuous global achievement, has dissolved to reveal a feral pursuit of national self-interest. A ruthless zero-sum logic replaces the heralded “win-win” attitude of global players during more stable economic times.

The more powerful economies are attempting to construct hegemonic blocs to bring rivals to bay. Lesser powers are seeking regional hegemony or the most advantageous place in a larger constellation. The anarchy of unrestrained market competition has finally and decisively penetrated international relations. And there is no going back to a non-existent “golden era.”

But we have seen this before.

Today’s aggressive rivalries resemble only too well those smoldering before World War One. Like the pre-WWI period, big and small powers vie for economic advantage, taking every opportunity to expand the exploitative tentacles of their capitalist enterprises. As Lenin foresaw over a hundred years ago, the voracious hunger for new markets, for new sources of exploitation, and new resources inevitably leads to war.

That is where the toxic combination of economic decline and intensifying inter-state rivalries is taking us. As the danger of a spark igniting a disastrous regional or global war grows, too many good people are engaged in the machinations and maneuvers of bourgeois politics to now recognize the looming catastrophe.

Now, more than ever, we need a powerful movement for peace. Nothing could be more urgent. 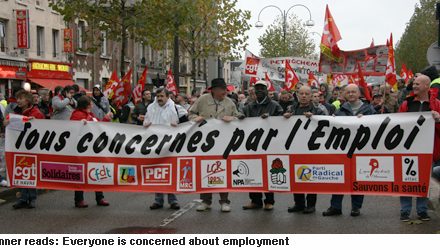 How “Gotcha” Journalism Mutes the Truth