Boko Haram is a blessing for imperialism in Africa. The U.S. is training death squads.

Militarily, Africa is fast becoming an American continent. Barack Obama, who has been president for all but the first year of AFRICOM’s existence, has succeeded in integrating U.S. fighting units, bases, training regimens, equipment and financing into the military structures of all but a handful of African nations.

The great pan-Africanist and former Ghanaian president Kwame Nkrumah’s dream of a militarily united Africa has been all but realized – with Americans and Europeans in charge.

Under the guise of “humanitarian” intervention, Obama has vastly expanded Bill Clinton and George Bush’s African footprints, so that only a few patches on the continental map lie outside Washington’s sphere of operations. Eritrea and Zimbabwe are the notable exceptions – and, therefore, future targets. Africa is occupied territory.

The African Union doesn’t even pretend to be in charge of its own nominal peace-keeping missions, which are little more than opportunities for African militaries to get paid for doing the West’s bidding. China and Brazil may be garnering the lion’s share of trade with Africa, but the men with the guns are loyal to AFRICOM – the sugar daddy to the continent’s military class. U.S. troops now sleep in African barracks, brothers in arms with African officers who can determine who will sleep next week in the presidential mansion.

The pace of U.S. penetration of West Africa has quickened dramatically since 2011, when Obama bombed Muammar Gaddafi’s Libyan government out of existence, setting a flood of jihadists and weapons streaming east to Syria and south to destabilize the nations of the Sahel. Chaos ensued – beautiful chaos, if you are a U.S. military planner seeking justification for ever-larger missions. NATO’s aggression against Libya begat the sub-Saharan chaos that justified the French and U.S. occupation of Mali and Niger.

Hyperactive North African jihadists, empowered by American bombs, weapons and money, trained and outfitted their brethren on the continent, including elements of Nigeria’s Boko Haram. The Hausa-speaking Islamic warriors then bequeathed AFRICOM a priceless gift: nearly 300 schoolgirls in need of rescuing, perfect fodder for “humanitarian” intervention. Nobody had to ask twice that Obama “Do something!”

The heads of Nigeria, Chad, Niger, Benin and Cameroon were summoned to Paris (pretending it was their idea) where they declared “total war” on Boko Haram, as “observers” from the U.S., France, Britain and the European Union (Africa’s past and future stakeholders) looked on. French President Francois Hollande said “a global and regional action plan” would come out of the conference. Of course, the five African states have neither the money, training, equipment nor intelligence gathering capacity for such a plan. It will be a Euro-American plan for the defense and security of West Africa – against other Africans.

Immediately, the U.S. sent 80 troops to Chad (whose military has long been a mercenary asset of France) to open up a new drone base, joining previously existing U.S. drone fields in Niger, Burkina Faso, Ethiopia, Somalia, the Seychelles Islands, Djibouti (home to a huge French and American base), and CIA sites that need not be disclosed. The new West African security grouping became an instant imprint of NATO, an appendage to be shaped by imperial military planners to confront enemies chosen by Washington and Paris.

What a miracle of humanitarian military momentum! The girls had only been missing for a month, and might not be rescued alive, but five neighboring African countries – one of them the biggest economy on the continent – had already been dragooned into a NATO-dominated military alliance with other subordinate African states. It soon turned out that AFRICOM already had a special relationship with the Nigerian military that was not announced until after the schoolgirls’ abduction. AFRICOM will train a battalion of Nigerian Rangers in counterinsurgency warfare, the first time that the Command has provided “full spectrum” training to Africans on such a scale.

With the American public in a “Save our girls” interventionist frame of mind, operations that were secret suddenly became public. The New York Times reveals that the U.S. has been running a secret program to train counterterrorism battalions for Niger and Mauritania. Elite Green Berets and Delta Force killers are instructing handpicked commandos in counterinsurgency in Mali, as well. The identity of one Times source leaves little doubt that the previously secret operations are designed to blanket the region with U.S. trained death squads.

Michael Sheehan was until last year in charge of Special Operations at the Pentagon – Death Squads Central – where he pushed for more Special Ops trainers for African armies. Sheehan now holds the “distinguished chair” at West Point’s Combating Terrorism Center. In the 1980s, he was a Special Forces commander in Latin America – which can only mean death squads. “AFRICOM will train a battalion of Nigerian Rangers in counterinsurgency warfare.”

U.S. Army Special Forces have always been political killers, most often operating with the CIA. The Phoenix Program, in Vietnam, which murdered between 26,000 and 41,000 people and tortured many more, was a CIA-Special Forces war crime. From 1975 to deep into the 80s, the CIA and its Special Forces muscle provided technical support and weapons to killers for Operation Condor, the death squads run by a consortium of military governments in Argentina, Chile, Uruguay, Paraguay, Bolivia and Brazil, believed responsible for 60,000 murders. Sheehan was probably involved in Operation Condor and its Central American component, Operation Charly, and has perfected the art of political murder, ever since. If he is happy and feeling vindicated by events in Africa, then U.S.-trained death squads are about to proliferate in that part of the world.

There is no question that Obama is enamored of Special Ops, since small unit murders by professional killers at midnight look less like war – and can, if convenient, be blamed on (other) “terrorists.” However, history – recent history – proves the U.S. can get away with almost limitless carnage in Africa. Ethiopia’s 2006 invasion of Somalia, backed by U.S. forces on land, air and sea, resulted in “the worst humanitarian crisis in Africa” at the time, “worse than Darfur,” according to UN observers, with hundreds of thousands dead. The U.S. then withheld food aid to starve out Somali Shabaab fighters, leading to even more catastrophic loss of life.

But, most Americans are oblivious to such crimes against Black humanity. U.S. ally Ethiopia commits genocide against ethnic Somalis in its Ogaden region with absolute impunity, and bars the international media from the region. Presidents Clinton, Bush and Obama – each of them with help from Susan Rice – have collectively killed six million Congolese since 1996.

The greatest genocide since World War Two was the premeditated result of the chaos deliberately imposed on mineral-rich Congo by the U.S. and its henchmen in neighboring Rwanda and Uganda. Paul Kagame, the current leader of Rwanda, shot down a plane with two presidents aboard in 1994, sparking the mass killings that brought Kagame to power and started neighboring Congo on the road to hell. America celebrates Kagame as a hero, although the Tutsi tribal dictator sends death squads all over the world to snuff out those who oppose him.

Ugandan leader Yoweri Museveni, a friend of the U.S. since Ronald Reagan, committed genocidal acts against his rivals from the Acholi tribe, throwing them into concentration camps. Joseph Kony was one of these Acholis, who apparently went crazy. Kony hasn’t been a threat to Uganda or any other country in the region for years, but President Obama used a supposed sighting of remnants of his Lords Resistance Army to send 100 Green Berets to the Democratic Republic of Congo, Uganda, Rwanda, the Central African Republic, and South Sudan. Just last month, Obama sent 150 more troops and four aircraft to central Africa, again claiming that Kony was lurking, somewhere.

Actually, the American troops were deployed near South Sudan, which the U.S, Britain and Israel had destabilized for decades in an effort to split it off from the larger nation of Sudan. South Sudan became independent, but it remained unstable – not a nation, but a place with oil that the U.S. coveted. Many tens of thousands more are certain to die in fighting in South Sudan, but few Americans will blame their own country. As the carnage in Congo demonstrates, whole populations can be made to disappear in Africa without most people in the West noticing.

The death squads the Americans are training in Nigeria, Niger, Mauretania and Mali, and those that will soon be stalking victims in Cameroon and Benin, will not be limited to hunting Boko Haram. Death squads are, by definition, destabilizing; they poison the political and social environment beyond repair, as Central Americans who lived through the 1980s can attest. Yet, that is U.S. imperialism’s preferred method of conquest in the non-white world.

It’s what the Americans actually do, when folks demand that they “Do something.” 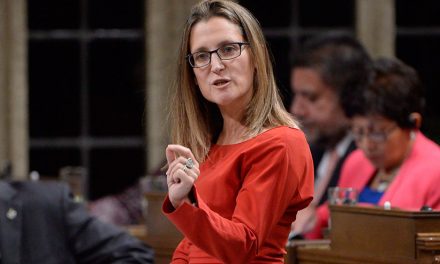