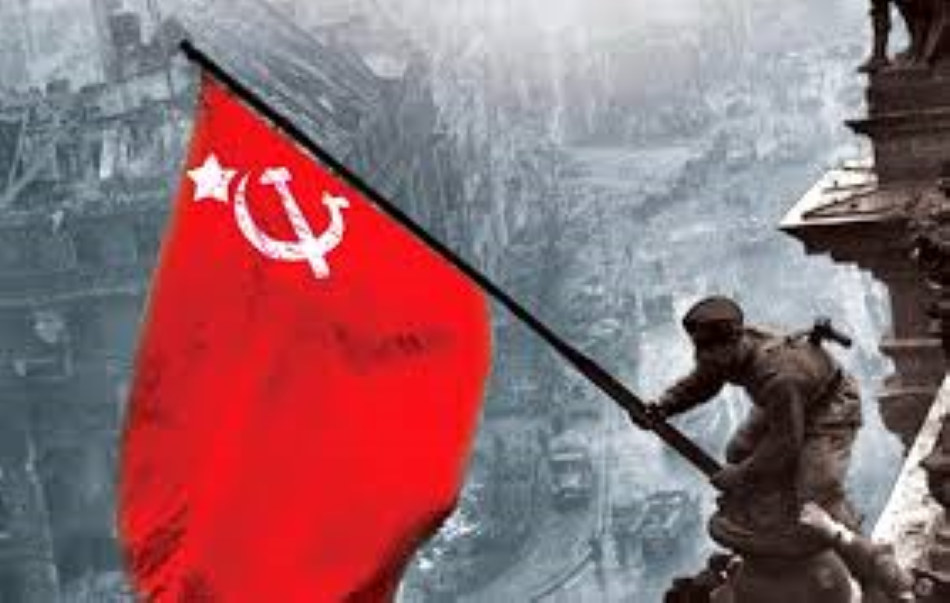 In the name of freedom, peace and truth

— Against fascism and war

The victory over Nazi-fascism in the Second World War is a major event in History, the memory of which must be preserved and defended in the face of repeated attempts at historical falsification aimed at making us forget the decisive role played by the Union of Soviet Socialist Republics, by the communists and by anti-fascists from around the world.

Generated by capitalism, Nazi-fascism was the most violent and terroristic manifestation of monopoly capital. It was responsible for the outbreak of this war of aggression and plunder that caused close to 75 million deaths, of which approximately 27 million were Soviet citizens, and for the immeasurable suffering and horror of the Nazi concentration camps. The peoples can also not forget dark pages, such as the atomic bombings of Hiroshima and Nagasaki by the USA, without any military justification, which represented a display of power and of their world-wide hegemonistic ambitions.

The Second World War (1939-1945) was the result of increasingly acute inter-imperialist contradictions and, at the same time, of the intention to destroy the first Socialist State, the USSR, which was namely expressed in the support and connivance of the United Kingdom, France and the United States with the rearmament and expansionist ambition of Nazi Germany.

In commemorating the 75th anniversary of the historic Victory on  May 9, 1945, the undersigned communist and workers’ parties, certain in the knowledge that they portray the feelings and aspirations of workers and peoples from all over the world:

– Pay tribute to all those who gave their lives on the battlefields against the Nazi-fascist hordes and in particular to the heroism of the resistance movements and anti-fascist fighters and to the heroic Soviet people and Red Army, led by the Communist Party, whose contribution, written in heroic pages such as the battles of Moscow, Leningrad and Stalingrad, was decisive for the Victory over barbarism;

– Consider that the Victory over Nazi Germany and its allies in the Anti-Comintern Pact was achieved thanks to the decisive contribution of the USSR, to the class nature of the Soviet power with the participation of the masses of the people, to the leading role of the Communist Party, to the superiority which was displayed by the Socialist system. That victory is an enormous historical legacy of the revolutionary movement;

– Value the outstanding advances in the social and national emancipation of the workers and peoples that the Victory and the resulting advancement of the forces of social progress and peace made possible, extending the sphere of socialism within the countries of Europe, Asia and Latin America, creating the conditions for the advance of the labour movement in capitalist countries, the sweeping development of the national liberation movement and the resulting liquidation of colonial empires;

– Denounce and condemn the campaigns that aim to belittle, distort and even deny, the role of the USSR and of the communists in the defeat of Nazi-fascism and also to unjustly and falsely blame the Soviet Union for starting the Second World War, to expunge the responsibilities of big capital and the governments at its service in the promotion and rise of fascism and in unleashing the war, and whitewash and rehabilitate fascism, while destroying the monuments and memory of the liberating Soviet army, promoting anti-communism and criminalizing communists and other anti-fascists;

– Denounce and condemn the EU’s anti-communist resolutions and the slanderous historical falsification which attempts to equate socialism with the fascist monster;

– Warn that the most reactionary and aggressive sectors of imperialism are increasingly viewing  fascism and war as a “way out” of the deepening crisis of the capitalist system, whose inhuman character becomes particularly obvious when, even in the face of the very serious epidemic outbreak of Covid-19, imperialism, the USA, NATO, the EU and its allies capitalist powers, continue a criminal policy of blockades and aggressions against countries and peoples;

–  Consider that the struggle for peace, social progress and socialism are inseparable; and make a commitment  to seek a stronger common action of the working class, of the workers and peoples of the world, of the political forces engaged in blocking the path to fascism and in the struggle against imperialism, imperialist aggressions and a new war of tragic proportions.

The situation with which the workers and peoples of the world are confronted underlines the importance of strengthening the struggle against imperialism, for the sovereignty of the peoples and the independence of States, for the rights of the workers and peoples, as leading forward to the revolutionary overcoming of the capitalist system, a system which breeds fascism, war, the injustices, dangers and contradictions of the present. As it was 75 years ago, it is today the struggle of the communists and all those facing capitalist exploitation and oppression that will open the way for the future for Humanity.

The joint statement is open to other subscriptions.

Turkey: Patriots Rally Against Imperialism and the EU