Editors’ Note: The US government response to the Ebola epidemic is to send troops. Socialist Cuba sends medical personnel.
Obama To Send 3,000 Military Forces To Fight Ebola In West Africa.  By Jim Kuhnhenn  Sept. 16, 2014
Washington (AP) — “The Obama administration is ramping up its response to West Africa’s Ebola crisis, preparing to assign 3,000 U.S. military personnel to the afflicted region to supply medical and logistical support to overwhelmed local health care systems and to boost the number of beds needed to isolate and treat victims of the epidemic.”

By World Health Organization (WHO)

Cuba’s Minister of Public Health announced September 12th that Cuba would be sending a medical team of 165 experienced medical professionals to Sierra Leone to help combat the Ebola crisis there. The announcement, which came at the World Health Organization’s headquarters in Geneva, Switzerland, represents “the largest offer of a foreign medical team from a single country during this outbreak,” according to WHO Director-General Dr. Margaret Chan.

Cuba is known the world over for its ability to train excellent doctors and nurses who can then go out to help other countries in need. Currently there are more than 50,000 Cuban-trained health workers in 66 countries.

And now Dr Roberto Morales Ojeda, Minister of Public Health, has announced that Cuba will send a medical team of 165 people to Sierra Leone to help in the frontline in the Ebola response efforts.

This is the largest offer of a foreign medical team from a single country during this outbreak.

“Human resources are clearly our most important need. We need most especially compassionate doctors and nurses, who will know how to comfort patients despite the barriers of wearing PPE (personal protective equipment) and working under very demanding conditions”.

All of the Cuban health workers have more than 15 years’ experience and have worked in other countries facing natural disasters and disease outbreaks. Some of the workers have already been working in Sierra Leone and Guinea for some years and are willing to continue their service there.

Once they have all followed WHO-standard infection control training in Cuba, the team will pack supplies of PPE and travel to Sierra Leone in early October. They will stay there for 6 months, working in shifts in smaller teams in Ebola treatment centres and community clinics.

Dr Bruce Aylward, Assistant Director at WHO, says “Those of us who have been working on the response efforts at WHO know how truly valuable this offer is. Many countries have offered money but no other country has offered such a large number of workers to go in and help do the most difficult jobs in this crisis.”

It is hoped that this offer of support will send a strong message of solidarity for Africa to the rest of the world and will catalyse additional offers of support from other countries. 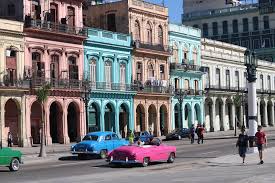