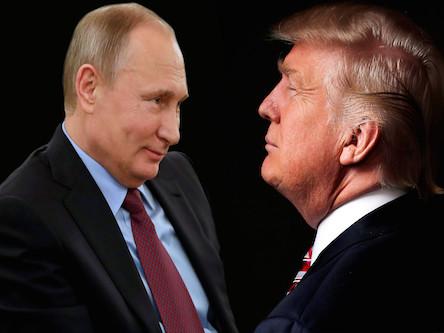 For more than a year now, the collective U.S. ruling class, with Democratic Party and corporate media operatives in the vanguard, has frozen the national political discourse in a McCarthyite time warp. A random visit to a July 26, 2016, issue of the New York Times reveals the same obsession as that which consumes the newspaper today: “Following the Links from Russian Hackers to the U.S. Election,” “Spy Agency Consensus Grows That Russia Hacked D.N.C.”

A year later, the allegations persist, piled ever higher with innuendo and outright nonsense. However, proof of the predicate act — that Russia, not Wikileaks, penetrated the DNC — remains totally absent.

What is the purpose of this torture-by-media? Clearly, the Trump White House has been crippled by the tsunami that never ebbs, but the Democrats have not been strengthened in the process, and the corporate media’s standing among the public erodes by the day. A poll conducted last month showed majorities of voters want Congress to ease up on Russia investigations and get to work on healthcare, terrorism, national security, the economy and jobs. Almost three out of four respondents to the Harvard-Harris poll said lawmakers aren’t paying attention to the issues that are important to them — including 68 percent of Democrats. Sixty-two percent of voters say there is no hard evidence of White House “collusion” with Russia, and 64 percent think the investigations are hurting the country. “

The non-stop vilification of Russia and Trump has seriously backfired on the corporate media. Another poll by Harvard-Harris, conducted back in May, showed that two out of three Americans believe the so-called “mainstream” press is full of “fake news” — including a majority of Democrats. The Russiagate blitzkrieg, designed to delegitimize Trump and demonize Vladimir Putin, has exacerbated an already existing crisis of legitimacy for the entire U.S. political system. “Every major institution from the presidency to the courts is now seen as operating in a partisan fashion in one direction or the other,” said poll co-director Mark Penn.

The only unequivocal winner is the bipartisan War Party, which has used the manufactured crisis to drench the nation in anti-Russian hysteria – worse than back in the bad old days of the Red Scares. By March, Black Congresswoman Bonnie Watson Coleman (D-NJ) was using much the same language as Dick Cheney to describe the Kremlin. “I think this attack that we’ve experienced is a form of war, a form of war on our fundamental democratic principles,” said the hopelessly brainwashed representative of the Black Misleadership Class.

“Liberal” Democratic Maryland Rep. Ben Cardin called the nonexistent “attack” a “political Pearl Harbor.” If the U.S. Congress actually took seriously its Constitutional powers to declare war, the human race would already have been exterminated. So insane have the Democrats become, that we are probably better off with war powers effectively in the hands of Donald Trump, than with California’s Barbara Lee, the only member of Congress that voted against the invasion of Afghanistan in 2001.

She was in her “right mind” then, but no longer. Trump’s willingness to talk with the leader of Russia, in Hamburg, infuriated Rep. Lee, who tweeted: “Outraged by President Trump’s 2 hr meeting w/Putin, the man who orchestrated attacks on our democracy. Where do his loyalties lie?”

A better question is: When and where did Lee join the War Party? The dogs of war at U.S. intelligence agencies have led the charge against Trump since they encamped at Hillary Clinton’s campaign headquarters, last year. The spoiled oligarch was not trusted to maintain the momentum of the U.S. military offensive begun by Barack Obama in 2011, with the unprovoked war against Libya.

The state of war must be preserved, whatever the cost to the empire’s domestic institutions. Skilled in the arts of regime change, the spooks joined with their longtime partners in corporate media propaganda, to foment a “color revolution” at home. Barbara Lee is a recent recruit.

Although the Democrats will ultimately harm themselves with the electorate by folding into the War Party, it suits the purposes of party leadership and the fat cats that finance them. The ruling class has nothing to offer the people except the total insecurity of gig-jobs and austerity.

The Lords of Capital effectively shut the Democrats down decades ago. They can campaign as if there really is a clash of ideas about the organization of society, but they must propose nothing that fundamentally conflicts with the steady consolidation of wealth and power by the oligarchy (the American one, not the Russians). That goes for Bernie Sanders, too. Heard anything about single payer from him, lately?

The “all Russiagate, all the time” information regime — which also prepares the public for a wider war scenario – provides the illusion of motion that passes for “resistance” to the rule of the rich, as personified by Donald Trump. But there has been no Democratic program to reorder society for at least a generation.

And now, under the New McCarthyism, the only politics that is allowed is war politics, consisting of denunciations of those who threaten “our fundamental democratic principles” – which need not be defined or even proven to exist. That’s why it has been an empty year, albeit a very loud one. As Gil Scott-Heron sang in “Winter in America,” “Nobody’s fighting, ’cause nobody knows what to save.” 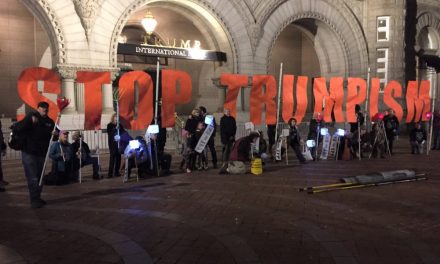 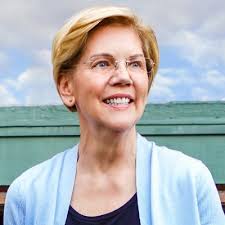 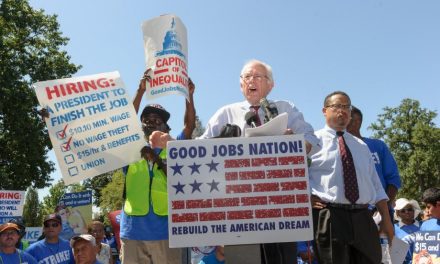