Extreme Heat Must Act as a Wake-up Call 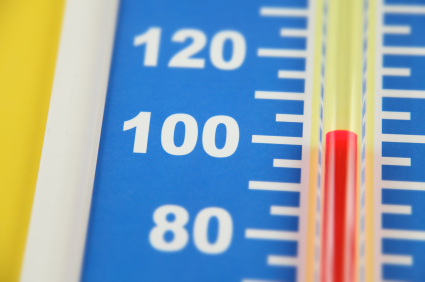 Soaring temperatures in the last week or so demonstrate the real and present danger faced by communities across the world. The time for climate action is now.

Perhaps most concerning is the extent to which the records were broken — meteorologists who are used to records being broken by the smallest decimal points expressed surprise that the record was beaten so clearly and across so many areas.

The heatwave has caused a great deal of disruption. Leicestershire fire services declared a number of “major incidents” and London firefighters had their busiest day since the second world war.

Rail services were heavily impacted by the extreme heat, with the East Coast Main Line shut due to record temperatures.

Contrary to the nonsensical argument by some Conservative MPs that concern about the heatwaves are evidence of “snowflakes,” and a decreasingly resilient national spirit, it is important to remember that this is not a once-in-a-generation occurrence, but rather the grim sign of things to come.

This is also a gravely serious matter in the here and now; at least 748 heat-related deaths have been reported in the heatwave in Spain and Portugal, and in the UK around 2,000 extra deaths in England are related to heat waves each year.

More than 31,000 people have been forced from their homes and summer holiday spots in the Gironde region of France since the wildfires began July 12.

The world has already warmed by about 1.1°C since the industrial era began, and temperatures will keep rising unless governments around the world make steep cuts to emissions.

Much of Europe and north Africa has also experienced extreme heat, with wildfires breaking out in France, Spain, Portugal, Greece and Morocco.

The Met Office chief of science and technology Prof Stephen Belcher said exceeding 40 degrees was “virtually impossible” in an undisrupted climate, but due to climate change “driven by greenhouse gasses” such extreme temperatures had become a reality.

He also predicted that, if there continued to be high emissions, “we could see temperatures like this every three years.”

There have been wildfires and mass displacements across Europe this week, and 11 of the continents’ 12 warmest years have occurred in the past two decades.

Global grain yields have declined by 10 per cent from heatwaves and floods connected to climate change, unleashing mass hunger and displacement.

Over one million people living near coasts have been forced from their homes due to rising seas and stronger storms, and millions more are expected to flee in the coming years.

The excessive heat in the last week or so demonstrates the real and present danger faced by communities across the world. We cannot delay in taking action to save our planet and future generations.

It is therefore gravely concerning that our next prime minister, be it either the millionaire Rishi Sunak or corporation tax-cut fanatic Liz Truss, have shown scant interest in the climate emergency.

Both have barely discussed climate change as part of their leadership campaigns. Yet this should hardly come as a surprise, when we consider that the incredibly small electorate of Conservative Party members could not care less about environmental breakdown.

According to a recent YouGov poll, only 4 per cent of Conservative Party members put reaching net-zero emissions by 2050 in their top three priorities.

Out of 10 policy areas, net-zero came bottom in the YouGov poll of Conservative members — while winning the next election and controlling immigration were two of the three most popular.

Sadly, we cannot rely on this government to take the urgent, radical action that is required to mitigate climate breakdown. Not only is its commitment to bring all greenhouse gas emissions to net zero by 2050 perilously unambitious, but it is not even on track to meet it.

The 2018 Intergovernmental Panel on Climate Change found that to prevent global temperatures from rising by more than 1.5°C above pre-industrial levels — seen by scientists as a tipping point past which climate disasters will be locked in — then oil and gas production have to fall by 20 per cent by 2030.

A 2017 study in the scientific publication World Development found that worldwide fossil fuel subsidies amounted to $4.9 trillion in a single year.

It estimated that eliminating those subsidies would have cut global carbon emissions by 21 per cent and air pollution deaths by over half. It is vital that these subsidies are ended.

We must build a new social settlement — a Green New Deal to rebuild the country with a more just and sustainable economy, where the measure of progress is not financial wealth but our climate wellbeing.

We must fight for a society in which public health always comes before private profit. It must be the big polluters and corporate giants who bear the costs, not ordinary people.

We must introduce a programme of investment in renewable energy, flood defences and a resilient health and care service — funded by taxes on the ultra-rich and big business.

While the heatwaves in Britain and across Europe have been deeply concerning, they have been merely a temporary glimpse into the devastating reality facing communities in the global South.

In much of the global South, far more intense and longer-lasting heatwaves, droughts and crop failures are becoming the new normal, driving up hunger and poverty and particularly affecting the most vulnerable.

To give just two examples, northern Kenya is facing a prolonged drought that is putting rural communities at greater risk of starvation and last year, torrential rains left one-quarter of Bangladesh under water and destroyed the homes of millions.

Given the historical context of colonialism, underdevelopment and wealth extraction, it is morally abhorrent that 3.6 billion people in developing countries are already bearing the brunt of the climate crisis.

Without immediate intervention from wealthier countries including Britain, the urgent action required to preserve a habitable planet will be too slow.

This will cause unimaginable disruption and could cost millions of lives, most immediately and sharply in countries which have contributed the least to climate change.

It is high time for rich countries in North America and Europe to step up and face reality with a global programme to save lives and ensure a sustainable future.

According to Carbon Brief, with 1.5°C of warming global sea levels will rise by 48cm by the end of this century, compared to 56cm if we hit 2 degrees.

Eight cm may not sound like a lot, but it means the difference between life and death for millions of people. According to the IPCC, every 10cm of sea-level rise affects up to another 10 million people around the world.

The Internal Displacement Monitoring Centre reports that hundreds of thousands of people are already being displaced every year by floods in low-lying areas of Bangladesh.

The truth is that our global future is incompatible with our current economic system that has enriched the ever-shrinking few at the expense of the many — and our planet.

This was hammered home by a report released by Oxfam during Cop26, which found that the carbon footprints of the richest 1 per cent of people on Earth are set to be 30 times greater than the level compatible with the 1.5°C goal of the Paris Agreement in 2030.

The conclusions from this are clear. To tackle climate change we must end extreme global inequality and rebuild a world based on equity and sustainability.

In the short term, it is also vital that wealthy countries — including Britain — write off debt for countries in the global South and allow them to prioritise their response to climate breakdown.

The pandemic has pushed poor countries into record levels of debt. The Jubilee Network found that countries were forced to spend $372 billion on servicing debt last year alone and that 34 of the world’s poorest countries are spending £21.4bn on debt payments a year compared with £3.9bn on measures to tackle the climate emergency.

Low-income countries are responsible for less than 1 per cent of the world’s historic carbon emissions while rich countries like Britain industrialised and became prosperous on the back of vast emissions.

The average person in Britain emits more carbon in the first two weeks of the year than the average person does in a whole year in countries like Rwanda, Malawi, Ethiopia, Uganda, Madagascar, Guinea and Burkina Faso.

We must end this historical injustice. We must ensure that the equivocating, the inadequate proposals, and the empty rhetoric of polluting countries is replaced by immediate action.

Above all else, we must ensure that the recent extreme heat serves as a wake-up call to usher in radical, properly funded policies to mitigate the immense human cost of climate change across the world.

–Claudia Webbe, MP is the Member of Parliament for Leicester East. 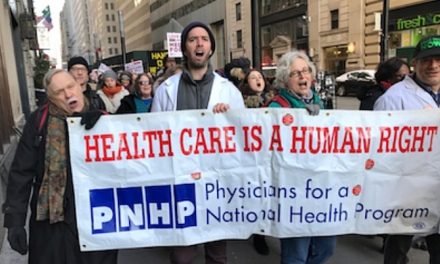 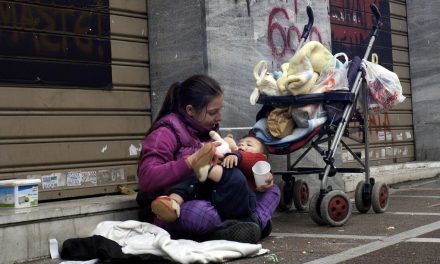 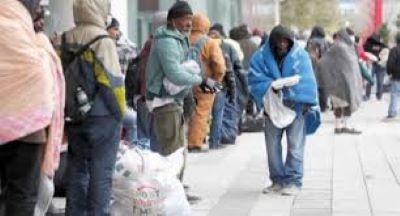