FBI Attack on the Uhuru Movement Is a Warning 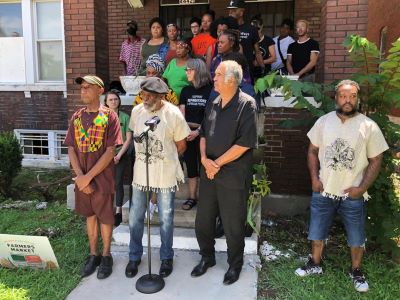 The FBI targeted the African People’s Socialist Party (APSP) because it is a Black organization that has dared to confront and oppose U.S. imperialism. APSP is the first but they will not be the last.

On July 29, 2022, the FBI raided the Uhuru House in St. Petersburg, Florida and the Uhuru Solidarity Center in St. Louis, Missouri. The raids were connected with the indictment of a Russian national who is accused of attempting to “cause turmoil in the United States” by engaging with “Unindicted Co-Conspirators” to act as agents of the Russian Federation.

The African People’s Socialist Party (APSP) is the organization targeted by the FBI for a very simple reason. It is a Black organization which has dared to confront and oppose U.S. imperialism. The alleged connection with the Russian government kills two birds with one stone. The Russiagate hoax is continually resuscitated as it gives new life to claims of election and other interference and Black people’s organizations are as always the first to be targeted by the State.

Every individual and organization calling itself socialist, anti-imperialist, Black nationalist, or anti-war should be in support of the APSP at this moment. The APSP has done what they have every right to do, travel anywhere in the world they choose, even to countries said to be “adversaries” of the United States. They communicate with the people they want to be in contact with and they espouse their beliefs freely. As an anti-imperialist organization the APSP vehemently critiques both U.S. foreign policy and its domestic regime, particularly as it engages in continued oppression against Black people. All of these actions put it firmly in the cross hairs of law enforcement and ensure that it will be made an example of as the state cracks down on all those who oppose its actions.

These witch hunts are not new. They go back to the Palmer Raids of the Woodrow Wilson administration, and the anti-communist attacks which persecuted Paul Robeson and Claudia Jones among others. They morphed into the Counter Intelligence Program, COINTELPRO, which destroyed the liberation movement by killing and imprisoning leadership, and creating intra-group dissension.

But now the danger is somewhat different. In 1971 a group of anti-war activists broke into an FBI office in Media, Pennsylvania. Would the Washington Post, which was alone in printing the papers they had stolen, and who ended up revealing the existence of COINTELPRO, now analyze the facts in the case of APSP? Now the Washington Post is in the hands of one of the richest people in the world, Amazon’s Jeff Bezos, who also has contracts with the CIA. The old media wasn’t always reliably interested in journalistic investigation, but could occasionally make good on the dictum of comforting the afflicted and afflicting the comfortable. Those days are no more.

The liberal class which would sometimes oppose the state’s targeting of radical groups has instead now made common cause. The same people who wouldn’t defend Julian Assange will certainly not defend the APSP either. The liberal press which would publish the Pentagon Papers or reveal the Watergate scandal are now state operatives and take orders directly from the Biden administration. They still peddle Russiagate as though it were real, and never acknowledge that the Mueller investigation took two years and cost millions of dollars without resulting in a single U.S. indictment of the “Russian collusion” which was accepted as being true.

The APSP is in all likelihood just the first victim. As Glen Ford pointed out in Black Agenda Report in 2018, the purpose of Russiagate was to prepare for austerity and endless war. At that time Russian nationals were also indicted and charged with meddling in U.S. affairs. The charges were bogus then, meant to continue war propaganda and indoctrination. They are even more bogus now, with unnamed people, if they exist at all, being called Russian intelligence FSB agents in this latest indictment.

Now the U.S. is in a greater moment of crisis, having failed in its effort to use Ukraine as a weapon against Russia. The effort to destroy Russia’s economy has instead created damage around the world and accelerated the multipolarity which the U.S. fears so much. Ukraine is losing to Russia but the U.S. minions in the corporate media and members of Congress in both major parties will not speak what is proven true by all sources outside of governmental influence. At such a moment we can expect attacks on anti-imperialist groups, with Black people being first in line to be discredited.

Congressional Black Caucus member Gregory Meeks can be thanked for continuing the notion that Black people should not be trusted to think for themselves. H.R. 7311, Countering Malign Russian Activities in Africa Act, is not just directed at nations on the African continent. Should it be signed into law by the president it requires reporting on, “…African governments and their policies, as well as the public opinions and voting preferences of African populations and diaspora groups, including those in the United States…” CBC treachery is yet another factor which makes this era of state persecution even more perilous.

One need not be familiar with every aspect of the APSP program in order to defend them at this juncture. They are the first but they will not be the last. Every individual or organization which has publicly condemned U.S. policy, visited a nation which the U.S. doesn’t like, or communicated with individuals or groups in those places, is at risk of being awakened by flash bang grenades and having electronic devices confiscated like APSP members last week. The word solidarity must now take on a very serious meaning. 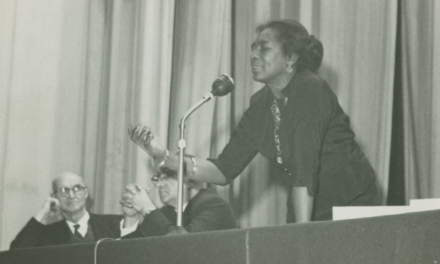 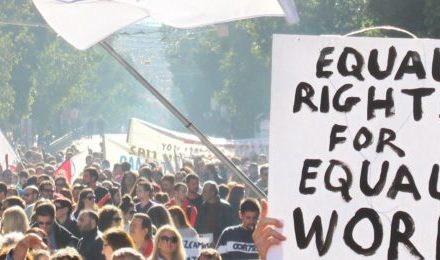 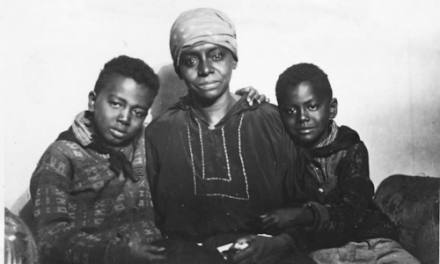