For Cuba, Revolution Made All The Difference

Observers, for example Michel Chossudovsky (GlobalResearch.ca), predict fallout from the collapse of the U.S. economy will dwarf ramifications of the 1930s great depression. Neither, however, affected the United States as seriously as the calamity triggered by the fall of Soviet bloc allies weighed upon Cuba. The 1990s became Cuba’s “special period” – war conditions during peacetime.

Food banks recently reported a 30 percent increase in requests for assistance. The U.S. Mayors Conference reported a 12 percent rise in homelessness during 2008 in 19 of 25 large cities; 429 school districts saw a 25 percent increase in homeless children. Budget deficits have forced 27 states to slash education funding. When new budgets are released, there will be more. In fiscal 2010, states will face $100 billion in revenue shortfalls.

For the Durham (NC) Herald-Sun, “the bleak economic climate and the approach of the holiday season” explained last month’s local increase in suicides.

This scenario is grim. Cuba, however, abruptly lost 85 percent of its trade, 34 percent of its GDP, and 90 percent of its oil imports. Fertilizers, animal feed, spare parts, and consumer goods all but disappeared, as did sea-borne shipping, agricultural production, and public transportation. New U.S. restrictions on foreign affiliates of U.S. corporations led to a 75 percent drop in both food and medical supply imports.

Social gains were protected. “No Cubans lived in the street, nor were schools or hospitals closed,” points out Gracielia Guerrero Garay, writing for rebelion.org. “No one was thrown out of their house, no extra charges were added for established services,” and beneficiaries of social assistance multiplied. New schools, highways, and health centers were built.

On display were rights for all, shared sacrifice, bars on special privilege, and equitable implementation of new policies. These rules are socialist standbys, applicable to the immediate relief of suffering and to longer term problems, global manifestations of the current crisis, for example.

Michel Chossudovsky attributes the current collapse to inability of workers to buy goods – cheap labor having been exploited to fatten the U.S. and world market economy – and to maneuvers by finance capitalists to tighten control over production resources. That sector continues to “undermine and destroy large corporate entities of the ‘real economy.’” Chossudovsky calls for “‘financial disarmament’, which forcefully challenges the hegemony of the Wall Street financial institutions.”

To invoke socialist solutions for the disarray of the world financial crisis would be tagged presently as wishful thinking. But they have immediate relevance to the prospect, described by Chossudovsky, of mass impoverishment enveloping developed countries. Hang-ups of those in high places in the United States so far have blocked effectively repair efforts. Instinctively they’ve excluded root causes, real cures, and socialist ethics from public discourse.

The last item is recognizable to Cubans as derived from the teachings of national hero Jose Marti, despite scarcity there of the word “socialist.” The “Apostle,” as Cubans know him, went to Tampa in 1891 to recruit for Cuba’s second War of Independence. His long appeal to an audience of workers ended with “this formula of love triumphant: ‘With all, and for the good of all.’” 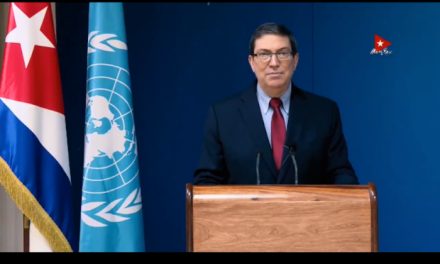