Revolutionary Cuba has always been a miracle and gift to all humankind. This week, the nations of the world – with two savage exceptions – instructed their emissaries at the UN General Assembly to tell the world’s self-designated “indispensable” country to end its 54-year-long trade embargo against Cuba.

The virtually unanimous global rebuke to the American superpower, in combination with the extraordinary breadth and depth of acclamation accorded Havana, tells us that it is Cuba, not the U.S., that is the truly “exceptional” nation on the planet. It was the 23rd time that the United Nations has rejected the embargo. The outcome was identical to last year’s tally, with only the United States and Israel voting against the non-binding resolution.

Although the list of American allies on the Cuban embargo issue could not possibly get any smaller – Israel, after all, can only exist if joined at the U.S. hip – this year’s political environment was even less deferential to the reigning military colossus. In recognition of its singular commitment to the fight against Ebola in Africa, Cuba soared, once again – the hero nation.

Despite having suffered cumulative economic damages of more than $1 trillion at U.S. hands over the last half-century, the island nation of 11 million people has made itself a medical superpower that shares its life-saving resources with the world. No country or combination of nations and NGOs comes close to the speed, size and quality of Cuba’s response to the Ebola crisis in West Africa.

With 461 doctors, nurses and other health professionals either already on site or soon to be sent to Liberia, Sierra Leone and Guinea, Cuba sets the standard for international first-response. The Cuban contingent of medical professionals providing direct treatment to sick people outnumbers that of the African Union and all individual countries and private organizations, including the Red Cross. Few of the 4,000 U.S. military personnel to be deployed in the region will ever lay a well-protected hand on an Ebola patient. Instead, the troops build field hospitals for others to staff.

“No country or combination of nations and NGOs comes close to the speed, size and quality of Cuba’s response to the Ebola crisis in West Africa.” Doctors Without Borders is second to Cuba in terms of health professionals. But the French NGO is a swiftly revolving door, churning doctors and nurses in and out every six weeks because of the extreme work and safety conditions. Cuba’s health brigades are made of different stuff. Every volunteer is expected to remain on duty in the Ebola zonefor six months.

Moreover, if any of the Cubans contract Ebola or any other disease, they will be treated at the hospitals where they work, alongside their African patients, rather than sent home. (One Cuban died of cerebral malaria, in Guinea, last Sunday.) It goes without saying that the Cubans are committed for the duration of the Ebola crisis; they have been at Africa’s service since the first years of the revolution.

President Raul Castro reports that 76,000 Cuban medical specialists have served in 39 African countries over the years. Four thousand were stationed in 32 African countries when the current Ebola epidemic broke out. (Worldwide, Cuba’s “white-robed army” of care-givers numbers more than 50,000, in 66 countries – amid constant U.S. pressures on host countries to expel them.)

In sheer numbers, the Cuban medical posture in Africa is surpassed in scope only by the armed presence of AFRICOM, the U.S. military command, which has relationships with every country on the continent except Eritrea, Zimbabwe and Sudan. The governments of Liberia, Guinea and Sierra Leone collaborate militarily with AFRICOM, but the heavily-armed Americans were of no use when Ebola hit. (According to a Liberian newspaper account, the Americans caused the epidemic, a widely held belief in the region.)

Indeed, the Euro-American legacy in Africa, from colonialism (Liberia has been a de facto colony of the U.S. since the days of President Monroe) to western-imposed financial “structural adjustments” that starved public health systems, is the root reason Liberia and Guinea have only one doctor for every 100,000 people, and Sierra Leone has just two.

Cuba knows colonialism well, having seen its independence struggle from Spain aborted by the United States in 1898, followed by six decades as a U.S. semi-colony. For Cuba, service to oppressed and exploited peoples is a revolutionary act of the highest moral caliber. That’s why, when the call went out, 15,000 Cubans competed for the honor to battle Ebola in Africa. As reported in The Guardian, doctors like Leonardo Fernandez were eager to fulfill their moral and professional mission.

“We know that we are fighting against something that we don’t totally understand,” he said. “We know what can happen. We know we’re going to a hostile environment. But it is our duty. That’s how we’ve been educated.”

In the same way and for the same reasons, 425,000 Cubans volunteered for military service in Angola, from 1975 to 1991, leaving only after Angola was secure, Namibia had held its first free elections and South Africa was firmly on the road to majority rule. These Cubans were preceded by the doctor and soldier Che Guevara and 100 other fighters who journeyed to Congo in 1965 to join an unsuccessful guerilla war against the American-backed Mobutu regime.

Cuba has been selfless in defense of others, whether against marauding microbes or imperial aggression. “We never took any natural resources,” said Rodolfo Reyes Rodriguez [6], Cuba’s ambassador to the United Nations and a veteran of the war against white-ruled South Africa’s army in Angola. “We never took any salary, because in no way were we to be perceived to be mercenaries or on any kind of military adventure.”

For the United States, military adventure and the imperative to seize other countries’ natural resources or strangle their economies, are defining national characteristics – in complete contrast to Cuba. The U.S. embargo of its island neighbor is among the world’s longest-running morality plays, with Washington as villain.

On this issue, the world’s biggest economic and military power could neither buy nor bully a single ally other than the Zionist state deformity. Even Djibouti, the wedge of a nation between Eritrea and Somalia that hosts the biggest U.S. (and French) military base in Africa, spoke against the embargo on behalf of the Organization of Islamic Cooperation. Lithuania, a rabidly anti-Russian Baltic state, voiced the European Union’s objections to the embargo. Ethiopia, Washington’s henchman in the Horn of Africa, nevertheless opposed U.S. policy toward Cuba on behalf of the UN’s “Africa Group.”

Tiny Fiji articulated the Group of 77 and China’s opposition to the trade blockade. Venezuela, Cuba’s major health partner in Latin America, voiced the anti-embargo position of Mercosur, the Common Market of the South. Cuba’s neighbors in CARICOM, the Caribbean Economic Community, were represented by Saint Kitts and Nevis, whose ambassador pointed to Cuban-built hospitals and clinics throughout the region; the hundreds of Cuban doctors that have provided the only medical services available to many of Haiti’s poor before, during and after the catastrophic earthquake of 2010; and the thousands of Caribbean students that have benefited from free university education in Cuba.

Cuba’s exemplary conduct in the world has made the yearly UN vote on the U.S. embargo a singular opportunity for all the world body’s members, except one, to chastise the superpower that seeks full spectrum domination of the planet. It is the rarest of occasions, a time of virtual global unanimity on an evil in which the Empire is currently engaged.

Once a year, the world – in both effect and intent – salutes the Cuban model. For a moment, humanity’s potential to organize itself for the common good illuminates the global forum. This year, the model glows brightly in the darkness of microbial pestilence. When 15,000 Cuban health care workers do not hesitate to step into the Ebola pit, the New Man and Woman may already exist – and there is hope for the rest of us. 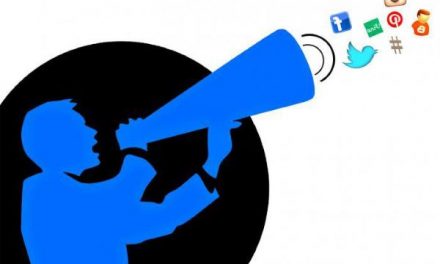 The Sovereignty of Cuba Must Be Respected