Freedom for the Five!

British priest Geoff Bottoms, a member of the British Communist Party’s Executive Committee, undertook a U. S. speaking tour in 2005. In mid-November this year, he spoke to several thousand people in Holguin. He was there attending an international colloquium on behalf of the Cuban Five political prisoners. Bottoms is active with the U. K. Cuba Solidarity Campaign. Rev. Bottom’s speech is in English and in Spanish at http://tinyurl.com/23lwcmy

Speech by Geoffrey Bottoms in the Rally for the Cuban Five Held at the Monument to Che Guevara, Saturday, 20 November 2010

On behalf of the VI Colloquium for the Freedom of the Five and against Terrorism with over 300 participants from over 50 countries, I would like to congratulate members of the ICAP [Cuban Institute for Friendship with the Peoples] on their 50th anniversary and also want to thank all those involved in organizing this incredible event.

I would also like to thank you the people of Holguin for your warm welcome to this beautiful city and for receiving us into your hearts.

When I look out at this beautiful demonstration of love and solidarity, I remember Gerardo saying to me on my first visit that he had a picture in his cell of one million Cubans marching in Havana in defence of the Revolution and he told me that every night he looked at that picture and he said to himself: Those are my people and that’s why I am here.

And isn’t that the truth? That the Five are serving unjust and disproportionate sentences in prisons spread across United States for defending their people against acts of terrorism originated in Miami sponsored by the CIA with the complicity of Washington?

For fifty years Cuba has been the victim of assassination attempts on its leaders, biological warfare against its people and its livestock, the bombing of civilian targets including hotels and other tourist installations and of course the bombing of a Cubana airliner over Barbados in 1976. Over three thousand Cubans haves lost their lives and two thousand have been injured for life.

Meanwhile the perpetrators of this monstrous crime are still walking free on Miami: vermin such as Orlando Bosch and Luis Posada Carriles who brag about their crime and make cockroaches look beautiful.

Of course the real heroes are our Five Cuban brothers Gerardo, Antonio, Ramon, Fernando and Rene, who continue to fight for their Revolution from their prisons cells. As Ramon told me in my last visit "We don’t consider ourselves as heroes because we did what any Cuban would do."

The real heroes are the families of the Five, and particularly Adriana Perez and Olga Salanueva, who have been denied visas to visit their husbands during their incarceration. The families have shown more dignity and courage in the face of this huge injustice as they too are punished by the heartless facts of US imperialism.

The Five deserve our total respect, support and solidarity as true heroes of the Cuban Revolution.

We meet today at the monument to Che, who continues to inspire all the progressive people of the world on the struggle to make another world possible; we should leave here with his words saying in our case that a true revolutionary is motivated by feelings of deep love. His love beats in the heart of the Cuban people, in the hearts of our Five Cuban heroes and their families, and in the hearts of all in solidarity with Cuba.

Today we redouble our efforts to win visas for Adriana and Olga, the freedom of the Five and the end of the Blockade. We must reach out to our governments, politicians, trade unions, organizations and influential bodies such as AI (Amnesty International) if we are to put pressure on the US administration and make our international solidarity effective.

Comrades, I smell victory in the air, but the first victory is down to our soul: we must make it happen.

And so, in the name of humanity, justice, peace and solidarity we make this direct appeal to you president Obama: grasp this historic opportunity to change the course of the US-Cuba relations, you have nothing to lose and everything to gain because you could go down as one of the greatest presidents in US history, and be truly worthy of your Nobel Peace Prize.

Our demand in more simpler: end this injustice; free the Cuban Five because we are not going away until you do it. 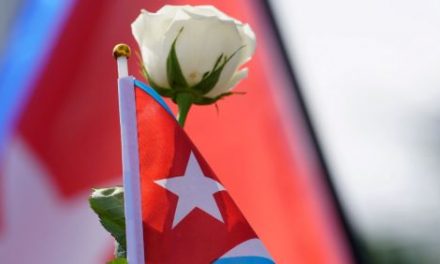 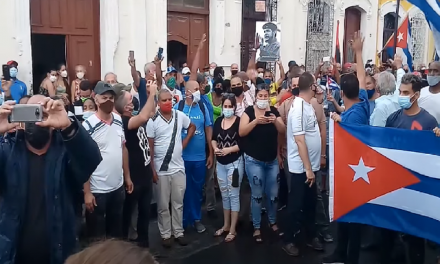