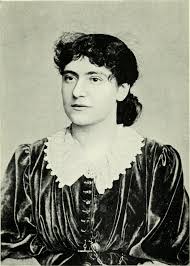 We have not come to do the work of political parties, but we have come here in the cause of labour, in its own defence, to demand its own rights.

I can remember when we came in handfuls of a few dozen to Hyde Park to demand an Eight Hours’ Bill, but the dozens have grown to hundreds, and the hundreds to thousands, until we have this magnificent demonstration that fills the park today. We are standing face to face with another demonstration, but I am glad to see that the great masses of the people are on our side. Those of us who have gone through all the worry of the Dock Strike, and especially the Gasworkers’ Strike, and have seen the men, women and children stand round us, have had enough of strikes, and we are determined to secure an eight hours’ day by legal enactment; unless we do so, it will be taken from us at the first opportunity. We will only have ourselves to blame if we do not achieve the victory which this great day could so easily give us.

There is in the park this afternoon a man whom Mr. Gladstone once imprisoned– Michael Davitt; but Mr. Gladstone is now on the best of terms with him. What do you suppose is the reason for the change? Why has the Liberal Party been so suddenly converted to Home Rule? Simply because the Irish people sent 80 members to the House of Commons to support the Conservatives; in the same way we must kick these Liberal and Radical members out if they refuse to support our programme.

I am speaking this afternoon not only as a Trade Unionist, but as a Socialist. Socialists believe that the eight hours’ day is the first and most immediate step to be taken, and we aim at a time when there will no longer be one class supporting two others, but the unemployed both at the top and at the bottom of society will be got rid of. This is not the end but only the beginning of the struggle; it is not enough to come here to demonstrate in favour of an eight hours’ day.

We must not be like some Christians who sin for six days and go to church on the seventh, but we must speak for the cause daily, and make the men, and especially the women that we meet, come into the ranks to help us.

“Rise like lions after slumber
In unvanquishable number,
Shake your chains to earth like dew
Which in sleep had fallen on you–
Ye are many – they are few.”

From the Classics: Lenin on Capitalism and the National Question