In Colombia on an official visit, General John F. Kelly, head of the U.S. Southern Command, told reporters on March 27, 2014 that, “We are doing everything we can to help the people and the Armed Forces of Colombia … “[T]he rebels are up against the ropes, almost defeated, and as we say in the United States, we don’t want to take our eyes off the ball.”

In response, Colombians might ask: “Would the end of the Revolutionary Armed Forces of Colombia (FARC) bring about peace in Colombia?” The FARC presently is negotiating peace with the Colombian government, in Cuba.

In fact, violent conflict exploded in Colombia immediately following the assassination in Bogota of political leader Jorge Eliécer Gaitán on April 9, 1948, and has continued. It was only years later, in July, 1964, that the FARC came into existence. And, coincidence or not, FARC negotiators timed a recent statement calling for historical investigation of the period before Gaitán’s death with the anniversary of his death. Armed conflict seems to have been well established even then.

FARC negotiators are preparing for the next agenda item for talks in Havana, which is about victims of conflict. In their statement on April 4 they were seeking: “[C]larification of the causes of the conflict and responsibilities … Without this input, discussion of Point Five referring to victims will be meaningless. It’s obvious that without establishing the origin of the conflict and its historical truth, there can be no peace, … We propose that the period of historical study take off from Law 200 of 1936 which gave rise to a reaction unleashing landowner and party violence lasting until now.”

Gaitán was a socialist and anti-imperialist, and class divisions fueled conflict in Colombia then and since. A cursory review of the decade or so of interest to the FARC lends credence to this view for that period.

Victory of the Liberal Party in 1930 ended decades of Conservative Party rule. Under Alfonso López Pumarejo, president from 1934 through 1938,the Liberals advanced agrarian reform through Law 200, also labor rights and social programs. Jorge Eliécer Gaitán, leader of the Liberal Party’s left wing and at various times Bogota’s mayor, minister of labor, education minister and a senator, sparked the Party’s response to underclass yearnings. “I am not, personally, me,” he once said, “I am a people.”

Over decades, anti-clerical and business-oriented urban Liberals had confronted Conservatives dedicated to landholding, the military, and the church. Now Liberal Party traditionalists fearful of popular uprisings were in league with Conservatives who, also leery of discord and fond of General Franco’s Falangist movement in Spain, had moved to the right. The Conservative government set police and the military to terrorizing poor neighborhoods and the countryside. According to one report, “In only two years more than 15,000 people were assassinated.” Gaitán, sole leader of a now left-leaning Liberal Party, became a lightening rod before a building storm.

His story, central to the history the FARC is looking at, testifies to the emotional pain of unceasing violence. Historians seeGaitánas all but certain to have been elected president in 1950. His death dashed hopes for democratic realization of social reforms, and the opportunity hasn’t returned. It happened at the time and place that the United States launched its anti-Soviet cold war in Latin America. Therefore, his death, no surprise given violent conflict already afoot,set the stage for civil war ongoing ever since.

Speculation as to responsibility for Gaitán’s killing moved from the deranged, right-wing shooter, to betrayal byGaitán’sfriendPlinio Mendoza, to the CIA, to dark forces within Colombia’s government. For two weeks afterwards, enraged mobs rioted. Over 10 years 200,000 Colombians would die as the army and police fought guerrilla bands. Ex – FARC leader Manuel Marulanda tells how Communist guerrillas, espousing a more coherent political program than that of opportunistic Liberal Party counterparts, became protagonists in a war that hasn’t ended.

WhenGaitán died, U.S. Secretary of State George Marshall was in Bogota attending the 9thPan-American Union Conference. He shepherded the Union’s conversion to the Organization of American States, envisioned as a bulwark against communism in Latin America. Earlier, U.S. intelligence had assured the Colombian government that anti-government protests were the work of communist agitators. Then U.S. and Colombian officials blamed the assassination and subsequent rioting on communists. The Colombian government broke relations with the Soviet Union. U.S. military aid to Colombia spiked in 1964 as the FARC communist insurgency got underway.

Jorge Eliécer Gaitán’s 1924 doctoral thesis was entitled “Socialist thinking in Colombia.” Responding to the Army’s massacre of hundreds of striking banana workers in Santa Marta in 1928, Congressman Gaitándeclared, “The Colombian Army has its knee bent before Yankee gold and [enough] arrogance for shooting Colombian children “The Manifesto of the short-lived, socialist-oriented National Revolutionary Left Union founded by Gaitán in 1933 stated that, “[L]and must be for those who work it, the large landed estate is a crime, enrichment through exploitation is illicit and criminal, workers must intervenein the management of… factories.”

Colombia’s dark shadow embraced Gaitán as he spoke to followers on February 7, 1948. The funereal tone of his “Oration for Peace” was prophetic. Addressing President Mariano Ospina Pérez, he declared that, a “great multitude flowed into this plaza yet not one cry is heard because within our hearts we listen only to the beat of emotion. Subterranean force is much more powerful during great storms and has power to impose peace when those obliged to do so, don’t. Mr. President: You don’t hear applause here. You only see black flags moving. … We don’t have economic or political theses for you on this occasion…We ask of you deeds of peace and civilization … 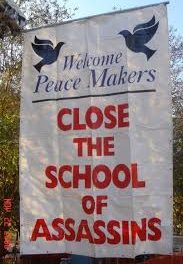 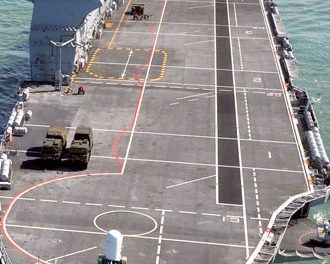