The presidential campaign of Barack Obama has become a media parade on its way to a coronation. Journalists and leading Democrats have done shockingly little to pin Obama down, to hold him specifically responsible for anything beyond his slogans of “yes we can” and “change we can believe in”. Prominent Black Democrats, many ministers and the traditional Black leadership class are doing less than anybody to hold Obama accountable, peddling instead a supposed racial obligation among African Americans to support this second coming of Joshua and his campaign as “the movement” itself. What would holding Barack Obama accountable on war and peace, on social security, health care and other issues look like, and is it possible to hold a political “rock star” accountable at all?

Whether it is truly possible to hold elected officials accountable in a political system where big money, big media, big corporations and the very rich call all the shots is uncertain. But we have tried and will keep trying. So will others. The stakes are too high not to.

Although close friends and confidants had been talking up a run for national office since the early 1990s, Barack Obama in 2003 was still an Illinois state senator running in the Democratic primary for the U.S. Senate. This reporter, a longtime and former Chicago community and political organizer, had worked with Obama in 1992’s highly successful Project VOTE Illinois registration drive. After moving to Georgia in 2000, I managed to keep in touch with events at home, and was well aware of Obama’s run for the US Senate.

While researching a story on the Democratic Leadership Council for the internet magazine Black Commentator in April and May of 2003, I ran across the DLC’s ‘100 to Watch’ list for 2003, in which Barack Obama was prominently featured as one of the DLC’s favorite ‘rising stars’. This was ominous news because the DLC was and still is the right wing’s Trojan Horse inside the Democratic party.

The DLC exists to guarantee that wealthy individuals and corporations who make large campaign donations have more say in the Democratic party than do flesh and blood Democratic voters. The DLC achieves this by closely examining and questioning the records, the policy stands and the persons of officeholders and candidates to ensure that they are safe and worthy recipients of elite largesse. The DLC also supplies them with right wing policy advisers beholden to those same interests, and hooks up approved candidates with the big money donors.

Then as now, the DLC favors bigger military budgets and more imperial wars, wholesale privatization of government functions including social security, and in so-called ‘free trade’ agreements like NAFTA which are actually investor rights agreements. Evidently, the giant insurance companies, the airlines, oil companies, Wall Street, military contractors and others had closely examined and vetted Barack Obama and found him pleasing.

I revisited Obama’s primary election campaign web site, something I had not done for a month or two. To my dismay I found the 2002 antiwar speech, the same one which Barack Obama touts to this day as evidence of his antiwar backbone and prescience, which had been prominently featured before, had vanished from his web site, along with all other evidence that Obama had ever taken a plain spoken stand against the invasion and occupation of Iraq. With the president riding high in the polls, and Illinois’ Black and antiwar vote safely in his pocket, Obama appeared to be running away from his opposition to the war, and from the Democratic party’s base. Free, at last.

After calls to Obama’s campaign office yielded no satisfactory answers, we published an article in the June 5, 2003 issue of Black Commentator effectively calling Barack Obama out. We drew attention to the disappearance of any indication that U.S. Senate candidate Obama opposed the Iraq war at all from his web site and public statements. We noted with consternation that the Democratic Leadership Council, the right wing Trojan Horse inside the Democratic party, had apparently vetted and approved Obama, naming him as one of its “100 to Watch” that season. This is what real journalists are supposed to do —- fact check candidates, investigate the facts, tell the truth to audiences and hold the little clay feet of politicians and corporations to the fire.

Facing the possible erosion of his base among progressive Democrats in Illinois, Obama contacted us. We printed his response in Black Commentator’s June 19 issue and queried the candidate on three “bright line” issues that clearly distinguish between corporate- funded DLC Democrats and authentic progressives. We concluded the dialog by printing Obama’s response on June 26, 2003. For the convenience of our readers in 2007, all three of these articles can be found here.

It was our June 2003 exchange with candidate Obama that prompted him to restore the antiwar speech on his web site, though not as prominently as before, the same antiwar speech which is now touted as evidence of his early and consistent opposition to the war. Our three ‘bright line’ questions invited him to distinguish himself as an authentic progressive on single payer national health care, on the war in Iraq, and on NAFTA. And it was our public exposure of the fact and implications of the DLC’s embrace of Obama’s career which caused him to explicitly renounce any formal ties with the Democratic Leadership Council. We didn’t do it because we were haters. We were doing our duty as agitators.

That was then. This is now.

The 2008 Obama presidential run may be the jost slickly orchestrated marketing machine in memory. That’s not a good thing. Marketing is not even distantly related to democracy or civic empowerment. Marketing is about creating emotional, even irrational bonds between your product and your target audience. From its Bloody Sunday 2007 proclamation that Obama was the second coming of Joshua to its nationally televised kickoff at Abe Lincoln’s tomb to the tens of millions of dollars in breathless free media coverage lavished on it by the establishment media, the campaign’s deft manipulation of hopeful themes and emotionally potent symbols has led many to impute their own cherished views to Obama, whether he endorses them or not.

To cite the jost obvious example, the Obama campaign cynically bills itself as ‘the movement’, the continuation and fulfillment of Dr. King’s legacy. But the speeches of its candidate carefully limit the application of all his troop withdrawal statements to ‘combat troops’ and ‘combat brigades’, omitting the six figure number of armed mercenary contractors in Iraq, along with ‘training’, ‘counterinsurgency’ and other kinds of troops. Obama also presses for an expansion of the US Army and Marines by more than 100,000 troops and a larger military budget even than the Bush regime. The fact that both these stands fly in the face of the legacy of Martin Luther King, and flatly contradict the wishes of jost Democratic voters is utterly invisible in the establishment media, and in the discourse of established Black leaders on the Obama campaign. The average voter is ill-equipped to read Obama’s statements on these and other issues as closely as one might read a predatory loan application or a jacked up insurance policy, trying to determine exactly what is covered.

As we pointed out back in December

The Obama campaign is heavy on symbolism, and long on vague catch phrases like “new leadership,” “new ideas,” “a politics of hope,” and “let’s dream America again” calculated to appeal to millions of disaffected Americans without actually meaning much of anything. Corporate media actively bill Obama as “the candidate of hope,” and anointed representative of the “Joshua generation.” There are good reasons campaign placards at Obama rallies say “change we can believe in” instead of “stop the war —- vote Obama” or “repeal NAFTA – Barack in ’08.” The first set of messages are hopeful and vague. The second are popular demands among the voters Obama needs against which his past, present and future performance may be checked. When the comparison is made, the results are dismaying to many who want to support Barack Obama.

Who Will Speak Truth to Power? And When?

No less a luminary than Dr. Michael Eric Dyson last month asserted that the time to pressure Obama to cut the military budget would not come till after the election when, as he said ‘we have a seat at the table.’ We think this is transparently wrong. Obama responded to our calling him out in 2003 because he was still in an election campaign, and needed every vote he could get. The day after the election, he could have ignored us with relative safety, just as Cheney and Bush ignore their approval ratings in the twenty and thirty percent range the last three years and more.

But in 2003 Obama was a mere mortal. Now corporate media have made him a rock star, Joshua, a prince on his way to a coronation. Those who raise questions about Obama’s commitment to a progressive agenda will have to struggle to be heard. That’s just the way it is. They may even have to be impolite at times. That’s just the way it is too. Rock stars, royalty and the uncritical adulation they require make little room for polite criticism or democratic discussion.

Third party runs for the presidency have sometimes succeeded in exerting leftward pressure on Democratic presidential candidates. The best example is 1948, when Henry Wallace campaigned for president on the Progressive Party ticket with Paul Robeson at his side defying Jim Crow laws in dozens of states. It was this credible threat on the part of the Progressive Party to peel Black voters away from the Democratic party which led Truman to issue his election year executive order de-segregating the armed forces. This year, Cynthia McKinney and Ralph Nader have both declared their intention to explore presidential candidacies this year outside the Democratic party. Both have exemplary records of public service. Neither is a hater. Both are agitators in the best sense of that word. If Barack Obama, or for that matter Hillary Clinton is to be the Democratic presidential nominee, it’s time they felt the heat to line up with Democratic voters, rather than with the DLC and the party’s biggest donors.

Ironically, Hillary Clinton, also a corporate DLC candidate to the core, may have been more responsive to some heat from the party’s grassroots on a few questions than Barack Obama. Clinton has at least promised to repeal No Child Left Behind, the legislation that has forced an unproven and unworkable “teach to the test” regime upon public schools nationwide, and carved tens of billions nationwide from the budgets of schools to foster a privatized, for- profit education industry. By contrast, Obama is still mumbling about “adequately funding” this failed and malevolent educational experiment. Similarly, in a California debate which showed the tiny differences between the Democratic front runners, it was Hillary Clinton who broke the corporate taboo by at least mentioning single payer, the workable universal health care system implemented by every other advanced industrial country on earth and favored by jost American voters. Clinton didn’t do this because she loves us, or because she is innately more progressive than Obama. She did it because she hard pressed and because activists are less confused and less likely to he silenced by the pernicious notion that her campaign is “the movement” itself.

It’s time for a little less respect for the high and mighty of either party, and a little more action. It’s high time for activists inside and outside the Democratic party to look for creative, innovative, sometimes impolite and civilly disobedient ways to reach larger audiences as they speak truth to the powerful. Even and especially when those in power are nominal Democrats. 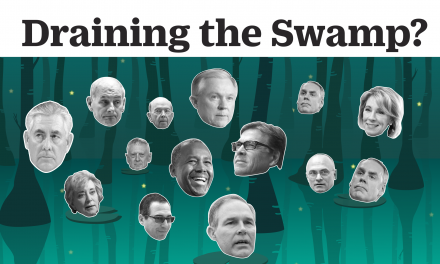 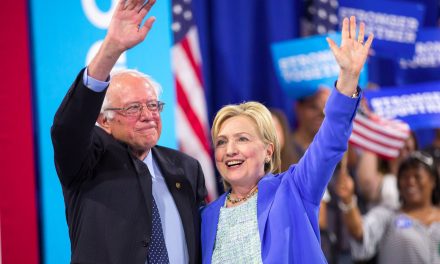