Imperialism, the Enemy of Peace 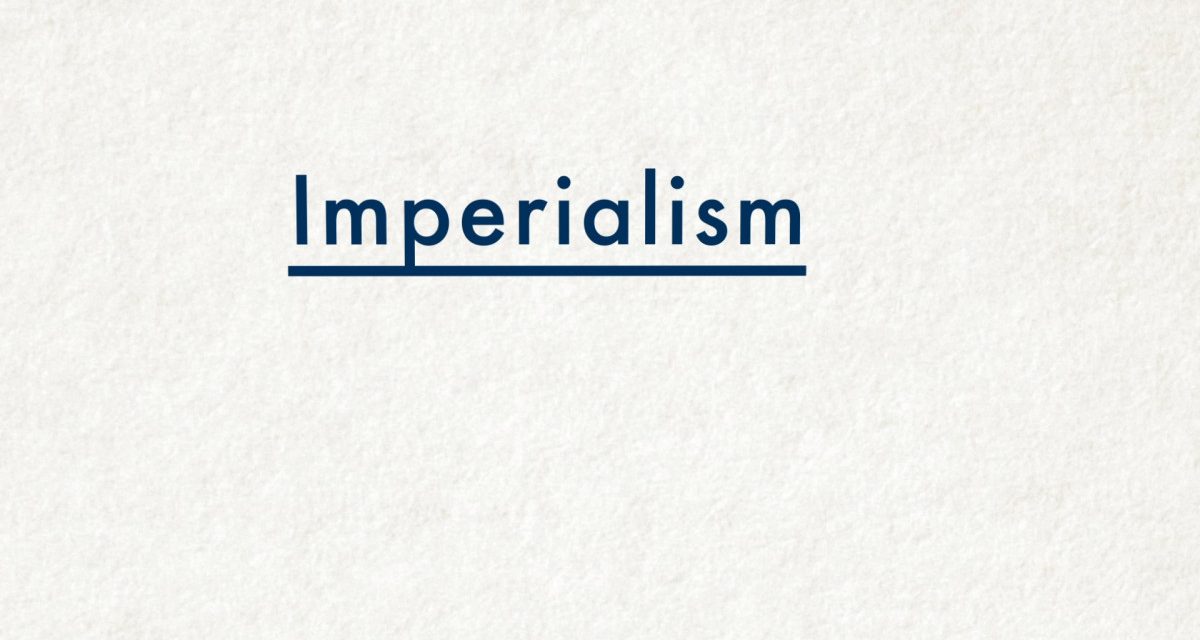 On February 2, I wrote: “Clearly, the Biden administration is fishing in troubled waters, exploiting unjustified fears of Russian aggression to advance narrow economic goals: natural gas sales and military-armament production and sales.” The point is that US behavior can be explained and is best explained as that of an imperialist superpower in the classic Leninist sense.

It was not concern for a fragile new democracy and human rights, nor was it resistance to autocratic power that motivated the US in the Ukraine crisis, as government officials and media in the US would have it.

Nor was it a misguided foreign policy or poor political choices exhibited by US leaders, as some liberal critics and center-left analysts would maintain.

Instead, the US was saber-rattling, fomenting discord, and war-mongering in the classic late-nineteenth century fashion chronicled by Lenin in his 1917 book, Imperialism: The Highest Stage of Capitalism. Standing behind the high-minded, moralistic goals voiced by Biden, Blinken, and Nuland were the economic interests of the most powerful capitalist state. With his trumpeting of the war danger, Biden was carrying water for the US energy and military industrial sectors and guided by the imperatives of finance capital.

The “Western Marxists,” post-Marxists, and neo-Marxists that have seduced so many of the younger anti-capitalist activists in the West will recoil from this analysis, denouncing it as “reductionist,” reducing complex motives to simple, basic economic exploitation.

But US behavior is impossible to explain in any other way. US allies, with their own imperialist interests, have sought to defuse the US-generated crisis. As I wrote earlier, the Schönbach affair in Germany, resulting in the firing of the German Naval leader (explained in detail by Victor Grossman), along with the hectic diplomacy of France’s Macron, illustrate the depth of European resistance to Biden’s war baiting. They, along with Ukraine’s President, Zelensky, have sought to moderate Blinken and Nuland’s hysteria and slow the rush to war.

After Biden’s first formal meeting at the White House with Germany’s new chancellor, Olaf Scholtz, on February 2, Biden could only enthuse that war would suspend the development of the Nord Stream 2 natural gas pipeline. He is quoted in The Wall Street Journal: “If Russia invades, that means tanks and troops crossing the border of Ukraine, again, then there will be no longer a Nord Stream 2. We will put an end to it… I promise you we will be able to do it.”

Scholtz, on the other hand, would not link war with the pipeline’s fate. The shameless US media saw Scholtz’s response as a sign of his newness on the job!

Those who remain skeptical of the economic motives behind the US warmongering must explain why Biden placed natural gas politics ahead of any other matter before him and his German ally in this first significant policy exchange. Biden’s glee– not shared by his German counterpart– reveals the importance the US government places on seizing the natural gas market from the Russians, their rival in the energy business.

The Ukraine crisis presents other economic advantages as well. In less than two weeks, the US has sent eight cargo planes to the Ukraine with military supplies, part of the $200 million Biden authorized in new military aid. The xenophobic, ultra-nationalist Baltic states and Poland have sent massive amounts of military equipment to Ukraine as well, much of which is sourced from US corporations and will be replaced by aid or purchases from the US.

Whether Ukraine joins NATO or not, Ukraine is being militarized and will continue to be a destination for US arms. On this front, the US military-industrial establishment will win, regardless of the crisis outcome.

Adversaries on both sides of the Cold War-like divide will be armed to the teeth and the possibility of war raised accordingly.

Now that Afghanistan is gone as a source of demand for US military hardware, Biden’s team is looking for new conflicts to generate dollars for the misnamed “defense” industry and to prime the pump on a stagnating US economy.

The old term for the linkage between US economic performance and military spending is “military Keynesianism,” the idea that economic activity can be stimulated with unending, costly, and wasteful military contracts for exotic weapons and instantly obsolescent munitions. Since it’s out of fashion to blame the swollen bi-partisan military budget for our ills (like inflation!), the floodgates for future military spending are now open.

In a recent op-ed piece, an academic and foreign policy think-tank heavyweight, who is well-situated in ruling class circles, Walter Russell Mead, makes the case for dramatically increasing military spending. Mead offers little or no compelling reasons for expanding military expenditures beyond the now conventional foes: Russia, the PRC, and Iran. Nonetheless, “America must again get serious about defense [sic] spending.”

Mead goes to great lengths to unfavorably compare the current share of GDP devoted to the military budget with that of past periods: the Cold War, the so-called War on Terror, the Reagan era, and even World War II. By these standards alone, we are not spending enough! A rather arbitrary and self-serving argument!

But that is just window dressing for Mead’s real purposes:

Increased defense spending wouldn’t be a drag on economic growth. The capacities America needs to add to its defense arsenal are mostly high-tech and have civilian as well as military applications. Just as Israel’s investments in cybersecurity and high-tech weaponry helped it become a startup nation with the most dynamic civilian economy in its history, a renewed commitment to national defense can increase the competitiveness of American industry while boosting national security [my emphasis].

So, behind the facade of national defense and serving America is the economic advantage that Mead sees from pouring hundreds of billions more into military spending.

The Ukraine crisis should underscore lessons about US foreign policy that the often disoriented US left should have long drawn from our history.

The US media functions like every other monopoly-dominated industry: driven by profits and expediency, while serviced by and serving the state. It’s trusted service to the state is rewarded with front-row seats in the state’s propaganda circus and full access to its ministers of misinformation.

CNN, a network swamped with turmoil and scandal, demonstrated the depths of state servility with a recent bizarre public scolding of Putin for his vulgarity in the gentlemanly and gentlewomanly diplomatic process– an indulgence in triviality.

The Guardian, the supposed left flank of the mainstream media, expressed alarm over French President Macron’s energetic diplomatic initiative to de-escalate the crisis over Ukraine, accusing him of “freelancing” and expressing “his particular view of Russia as a European nation, and lofty talk of new security guarantees…” which “will have set alarm bells ringing” in the exclusive NATO club.

Both commentaries are all too fitting and predictable from a lapdog capitalist press.

It should also be obvious to opponents of war that this risk and all risks of conflict in the era of imperialism spring from the clash of imperial powers or the pressing of their interests on other nations. While the anti-war movement is and should be a big tent, it will be limited in its success if it fails to grasp this point. Moralistic arguments or appeals to the political parties committed to imperialism, like the US Democratic Party, will have little effect. The long established bi-partisanship of the two parties on foreign policy and aggression, except in periods of a severe crisis of policy like late in the Vietnam war, should shine the necessary light on that fact.

Further, a genuine left committed to building a mass anti-war movement must not link the fortunes of such a movement to the fortunes of pro-capitalist, pro-imperialist (they are the same thing!) political parties like the Democratic Party.

With the Democrats holding power, fear of disrupting their rule disables the effort to avert war, as it does today. 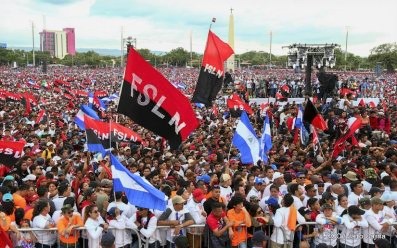 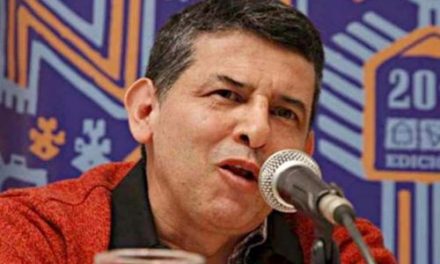 Dear Greg, an awfully tame comment on the current situation, I expected more. What would Lenin have said? Let alone Trotsky, Bukharin, Zinoviev, Stalin, etc. all of them the most talented governing circle since ever? Yes, the current gov’t of Russia is not perfect, some say it’s capitalist, they say the same about China, I’d say, having lived in both nations, don’t be hasty to define that of which you do not know, best I realize from long time personal experience. As for the Evil Empire, what’s to be added? It seems to me that Russian formal recognition of the… Read more »