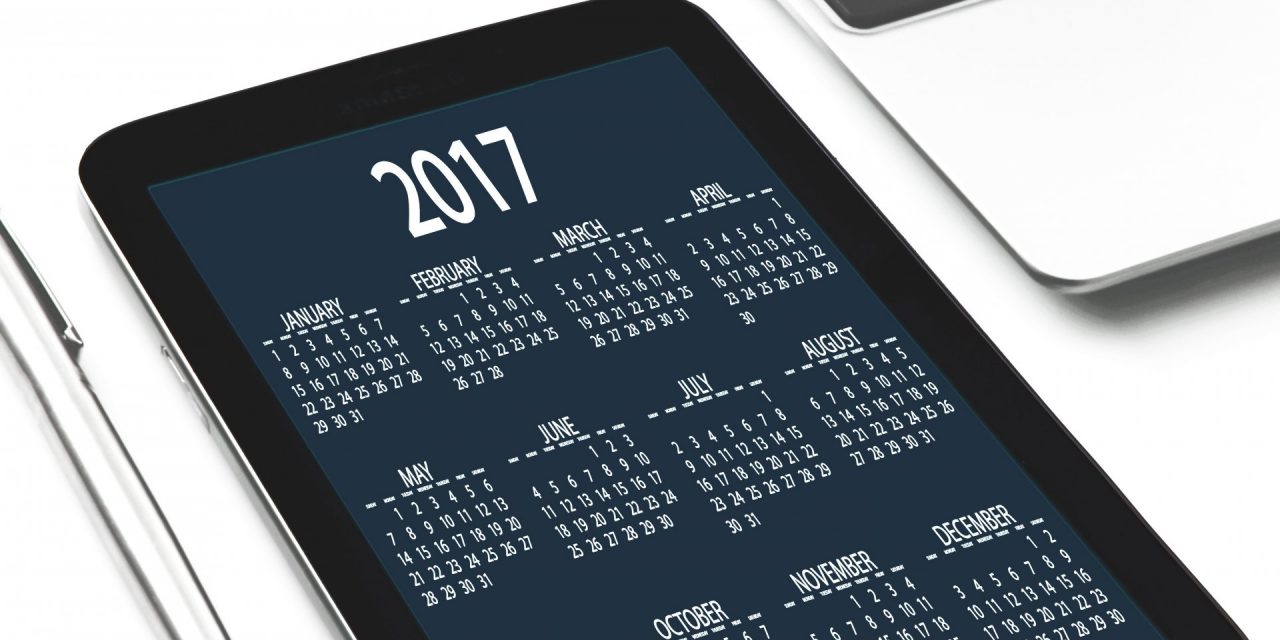 The year 2017 was not entirely a bad one in the US. We learned that, despite the fact that we have no serious, mass party for socialism, millions of US citizens have a favorable, positive view of socialism. Actually, we first learned that fact from a Gallup poll in mid-2016. To the surprise of many and the alarm of others, Gallup found that over half of 18-29 year olds had a favorable view of socialism. The Wall Street Journal/NBC poll discovered a year later that over half of every age group thought that “To help people, government should do more.” This result is perhaps an even more significant finding since it provides some meaning to what people want when they endorse socialism, as well as what they want even with their fear of the word “socialism.” In that poll, nearly two-thirds of 18-29 year olds agreed with the statement.

The fact that interest in “socialism” is growing dramatically though there is no mass socialist or communist party is a paradoxical reflection on US political life (though not only that of the US). Part of the reason for this paradox, of course, is the enormous effort that US elites, corporations, academic institutions, security services, media, and politicians have made to intensely demonize all but the most benign expressions of socialist thought and organization.

But much blame must be shared by our own left, which has been shattered into a thousand sects, cults, and tendencies and cowed into submission from fear of red-baiting. The Cold War anti-Communist mentality remains deeply embedded in the generations that preceded the more open-minded millennials. Anything-but-Communism (ABC) constitutes an attitude that promotes “respectable” socialisms like utopian cooperatives, socialism through the backdoor of the Democratic Party, trickle-down socialism, armchair academic socialism, socialism of the soul, and a host of socialisms that dissolve into tepid reformism or socialism over the horizon. No wonder the ruling class sleeps well at night.

Death to the NFL!

Another change that came into sharp relief in 2017 was the persistent loss of fan support for professional football. In 2016, TV viewership dropped by 8%. And last year, TV numbers dropped another 9.7%, a precipitous two-year decline!

Given that professional football represents almost everything that is wrong with the US and combines all of the elements, from other sports, that are socially harmful, I would like to think that the NFL decline is inversely proportional to the growth of interest in socialism.

The NFL transmits violence and bullying to our youth. It celebrates the victory of power over weakness, without any respect for compassion, pity, fair play, or empathy. The business-posing-as-a-sport pillages municipal and regional coffers for stadia and amenities while paying little or no taxes. The teams glorify militarism and the cult of the hero. The owners are super wealthy, including a nasty group of right-wing racists. And Black gladiators risk limb and life to fill the owners’ coffers.

It’s no wonder that no other country shows a serious interest in an NFL franchise.

Of course, we must credit the disgusting blacklisting of Colin Kaepernick for some of the decline in interest.

Let’s hope that a similar disconnect from Dr. Phil, celebrity-worship, British royalty, and zombies will bring further interest in socialism in 2018.

For the first time since the early 1960s (before Medicare and Medicaid), life expectancy in the US dropped for two consecutive years. The head of the Center for Disease Control and Prevention attributes the drop to the increase in opioid use, a phenomenon that correlates pretty closely with desperation, poverty, and alienation.

A year ago, when The New York Times reported the 2016 decrease, its sources were puzzled. Yes, they saw the increase in deaths from opioid abuse, but eight out of the top ten causes of death were also up, as was the infant mortality rate. The Times discovered a more revealing datum, a finding that cut to the heart of the matter: a Brookings Institute study found that a man in the lowest 10% of incomes born in 1950 will live fourteen years less than his counterpart with earnings in the top 10%.

Clearly, the Obama jewel, the ACA, has done less than nothing to address this great cause of premature death.

And yet the chief battle of 2017 was a semi-successful struggle waged by the leaders of Labor, the Democratic Party, and a host of “progressive” organizations to save this bloated, corporate-friendly, drug company-sponsored, bureaucratically bewildering sham of a healthcare program.

How far we have fallen!

Certainly 2017, like the run-up to the 2016 election, was the climax of willful blindness to the plight of vast numbers of the working class and the working poor in the small towns and cities outside of the major metropolises. Hillary Clinton famously stubbed her presumptive Presidential toe on this neglect when she characterized the group as “deplorables.” For petty bourgeois liberals, a best-selling book gave sustenance to their elitist contempt for the decimated working class in the US heartland. Venture capitalist J.D. Vance’s Hillbilly Elegy, a memoir of his early years, hit the top of The New York Times best-seller list in both 2016 and 2017. Vance, telling a modern-day Horatio Alger story, titillated the burghers with his tales of abuse, failed character, and backwardness. Vance paints the deplorables as, indeed, deplorable.

A Fordham University professor published a scholarly rejoinder to Hillbilly Elegy at the end of 2017. Based on extensive research and historical backgrounding, Ramp Hollow: The Ordeal of Appalachia tells a story of capitalist exploitation, neglect, and political chicanery that refutes the blame-the-victim anecdotes of Vance. Author Steven Stoll offers context and nuance, compassion and respect, where Vance projects arrogant contempt. Given its unlikely appeal to jaded liberals, Ramp Hollow will likely not make the best-sellers list.

…the First Time as Tragedy, the Second Time as Farce

It is impossible to leave 2017 without reflecting on the new Red-less “Red Scare.” The old Red scare was a mid-century ruling class reign of terror in response to the Soviet victory over fascism and its painfully won respect with the world’s millions. The perceived threat of socialism ascendant brought a hysterical panic in the bastions of capitalism. A tragic, ruthless clampdown followed.

The farcical RussiaGate of 2017 reignites the old Russia fears, but this time against a capitalist rival. The perpetrators of this giant scam count on the public’s faulty memory and mass confusion of a Cold War adversary with the current government of Russia. To any disinterested follower of recent Russian history, Russia looks like a junior version of the US, with similar great power aspirations, hopes of imperial penetration of new markets, and rampant militarism. History teaches, for those not contemptuous of history, that these tendencies are features of every developed capitalist state. Similarly, Russian “democracy” more and more resembles its US counterpart which is dominated by wealthy, powerful elites and sustained by a gutless, fawning media.

We can, however, rejoice that Russian interests often conflict with the most belligerent, arrogant policies of US elites (Syria, for example) in ways that neutralize or forestall US aggression. But only a fool would mistake checking the US internationally with embodying the cause of anti-imperialism.

But vilifying Russia is useful. For US ruling elites, portraying Russia as an enemy prepares the public for confrontations to come. Much as the Mainedebacle of 1898 set the stage in the US for a war for Spain’s colonies, the endless tales of Russian intrigue and mischief justify the saber-rattling and aggressive sanctions that follow.

The Democratic Party and the media eagerly join this project for their own purposes. RussiaGate has revitalized cable news and breathed life back into the print media and the news services. Sensationalized stories and fear-mongering are the stock-in-trade of the modern entertainment-oriented monopoly media.

Of course, RussiaGate is tailor-made for a political party suffering huge electoral setbacks despite overwhelming resources, especially if it can link its loss to external factors like Russian interference. The Democrats— ideologically hollow— have pulled every trick to link Russia to the sitting Republican President, Donald Trump. Unwilling to project a peoples’ program, the Democrats intend to win the 2018 interim elections by simply attacking Trump and his vaporous Russia connections. For the Democrats, Trump’s propensity towards arrogance, outrageousness, and lies is the gift that keeps on giving. They plan to run on Trump and Trump alone, nothing substantial.

While most people find their living standards stagnant or sinking, and while climate change, rising inequality, racism, and foreign killing go ignored in the corporate media, the RussiaGate theatrics dominate the news.

RussiaGate does serve as a reminder of the thinness of liberal commitment to ‘liberal’ values. In the Red Scare era, liberal devotion to the Bill of Rights collapsed like a house of cards in the face of the McCarthyite onslaught. Today, liberals are leading the charge in an assault on fair play, due process, and the rules of evidence. Innuendo, anonymous sources, and hearsay form the tissue that supports the daily Russia insanity. And the glorification of the odious— the FBI, CIA, and NSA— is shameless.

The fact that the celebrated Mueller investigation has produced nothing substantial beyond an obvious fact— Israel meddles in our elections— should calm the unhinged. But it doesn’t. The Democrats need both Trump and Russia at least until the November elections.

How “Gotcha” Journalism Mutes the Truth