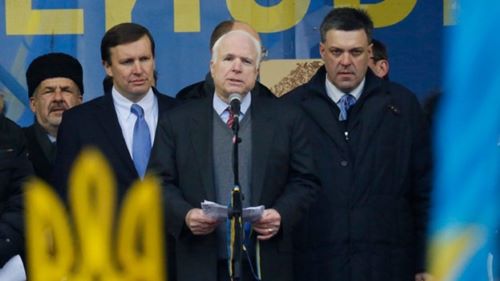 Two mass shootings in quick succession brought out the worst in Americans. The anger and grief were followed by the usual lies and pretense that violence here is somehow mysterious. Political leaders advocate state violence all the time, calling for new victims to be created here and around the world.

A settler colonial state founded on indigenous genocide and African enslavement that is still addicted to the doctrine of racial domination will be violent. How could it be otherwise? This nation has the world’s highest rate of incarceration, 1,000 police killings every year, a defense budget bigger than any other, and the imperialist wars that inevitably follow. No one should be shocked when individuals here carry out violent acts. Yet that is exactly what we get when mass shootings take place, pretend shock and confused outrage.

On May 15, 2022 a racist white man killed 10 Black people at a supermarket in Buffalo, New York. The response was fairly typical and frankly not very helpful. Black people pondered whether they should be armed, politicians pretended to be serious about limiting access to guns, and platitudes were in abundance. Joe Biden tweeted nonsense , “In America, evil will not win. Hate will not prevail. White supremacy will not have the last word.” Of course, evil, hate, and white supremacy are foundational and dictate many facets of American life. As president, Biden’s job is to make sure none of that changes. After making the obligatory visit to a crime scene with the First Lady, and promising some sort of action that he wasn’t serious about, the country returned to its usual state of barely concealed apprehension which ended up being a short lived reprieve from ugly truth.

On May 24, 2022 a gunman entered a school in Uvalde, Texas and killed 19 children and 2 teachers. The cycle of thoughts, prayers and pretend action continued but was even worse because of the short span of time between the two events and revelations about police action, or rather inaction, in Uvalde.

Democratic Senator Chris Murphy of Connecticut won kudos for his particular act of pretense on the senate floor. Murphy’s performance was a bit over the top but that is probably why it garnered so much attention. The senator seemed to be on the verge of tears as he made an impassioned plea to his colleagues. “What are we doing? … Why are we here? …This only happens in this country and nowhere else. … Nowhere else do kids go to school thinking they might be shot that day. …  I’m here on this floor to beg – to literally get down on my hands and knees and beg my colleagues. Find a path forward here.”

Those are fine words from Murphy until one considers that on a regular basis he advocates U.S. violence all over the world. In December 2013 he joined his colleague John McCain in Ukraine. They attended a rally hosted by the neo-Nazi Svoboda party which was dedicated to overthrowing the elected president. The ensuing violence after the coup killed 14,000 people in the region that opposed the U.S. backed government.

Murphy has been particularly vicious in his efforts to undermine the elected government of Venezuela . “Maduro is evil, and the U.S. should pursue a strategy to undermine him and prompt new elections. No one can defend what he has done to Venezuela. But it’s quite a different thing for the U.S. to incite a civil war with no real plan for how it ends.”  Sound(Ssound familiar?).” Murphy supports the sanctions that have killed thousands of Venezuelans and very publicly defended overthrowing that government too, just as he did in Ukraine. The overly dramatic senator should be asked hard questions about the violence he espouses.

But the Uvalde story has yet another layer of complication. The same police department which claimed to have a Special Weapons and Tactics (SWAT) team that practiced protecting localprotectinglocal schools, allowed the gunman to continue his killing spree instead of confronting him. Parents begged the officers to intercede but were tasered and handcuffed. One woman entered the school and rescued her own children without any help from the police. The gunman was shot only when Border Patrol officers arrived and went into the school against police protest.

Biden and the Democratic Party have made police funding the centerpiece of their latest dog whistle to white voters. He proposes giving police departments $30 billion in funding to do what Uvalde did, have a useless SWAT team and a bloated budget.

So dedicated are democrats to what they hope is a winning formula that they couldn’t even read the room as it were, and stop their copaganda routine. David Axelrod , a Barack Obama campaign strategist, staffer, and leading democratic party propagandist felt he should still sing police praises long after the public expressed outrage about the incompetence and uncaring displayed in Uvalde. “The inexplicable, heart-wrenching delay in Uvalde underscores the indispensable role of police.” Of course Uvalde showed what abolitionists have long maintained, that police don’t deter crime, exist to lock up marginalized groups, and show up only after crimes are committed. In this case they didn’t do much even after they showed up.

The party which Black people cling to is once again engaged in talking over their heads straight to white people and makes clear that locking up and throwing away the key is always a winning political strategy. The empire goes on, politicians talk out of both sides of their mouths, and the public are left stunned or numb when the body count climbs. No one will tell them the truth, that the violence that underlies the U.S. is in fact a feature and not a bug. People who want it to end need to go beyond thoughts, prayers and hoping that presidents and other politicians will ever do anything to stop it.

-Margaret Kimberley is the author of Prejudential: Black America and the Presidents. Her work can also be found at patreon.com/margaretkimberley  and on Twitter @freedomrideblog . Ms. Kimberley can be reached via email at Margaret.Kimberley@BlackAgendaReport.com.

Blows Against the Empire 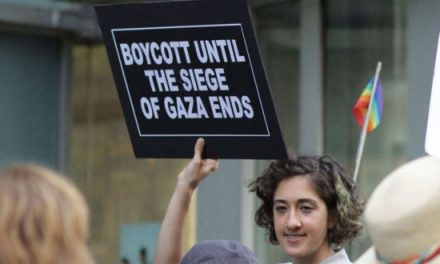