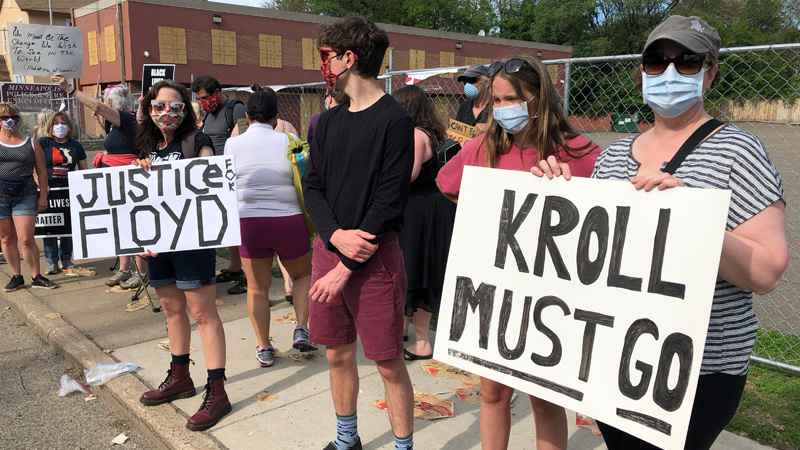 Minneapolis Police Union President, Bob Kroll, has failed the Labor Movement and the residents of Minneapolis. Bob Kroll has a long history of bigoted remarks and complaints of violence made against him. As union President, he antagonizes and disparages members of the Black community. He advocates for military-style police tactics making communities less safe and the police force more deadly.

Despite his conduct, Kroll was reelected with an overwhelming majority. If Bob Kroll does not value the lives that he is sworn to protect, then we can only expect more death under his leadership. Now, instead of seeking meaningful dialogue or reform to make sure what happened to George Floyd never happens again, Bob Kroll is trying to justify this senseless killing and have the officers involved reinstated.

Unions exist to protect workers who have been wronged, not to keep violent people in police ranks. All four police officers involved in George Floyd’s murder must be charged. Today, Americans have witnessed the disastrous outcomes of unchecked power, authoritarianism, and white supremacy in our highest levels of leadership. We have seen Bob Kroll proudly stand behind this type of leadership. Kroll is no friend to working Minnesotans and should be the last person entrusted to enforce the law or protect our residents.

All working people deserve a voice on the job, the freedom to organize, and the right to due process. As unions, we also have a duty to be transparent to the public, accountable to our members and stakeholders, and always seek justice. Under Bob Kroll’s leadership, the Minneapolis Police union has failed in this duty.

The affiliated unions of the Minnesota AFL-CIO are committed to seeking economic, social, and racial justice for all working people – no matter what we look like or where we come from. There is no room for white supremacists in our movement. The Police Officers Federation of Minneapolis is not, nor has it ever been a member of the Minnesota AFL-CIO. Bob Kroll and those who have enabled violence and brutality to grow within police ranks do not speak for us. The Labor Movement is rooted in the fight for justice. Bob Kroll’s actions and the ongoing lack of accountability in the Minneapolis Police union are not just.

Bob Kroll must resign, and the Minneapolis Police Union must be overhauled. Unions must never be a tool to shield perpetrators from justice. We join in solidarity with our fellow Minnesotans who are marching in the streets demanding justice for George Floyd. We join in solidarity with Black residents who have seen too many deaths at the hands of the Minneapolis Police Department, but find no accountability, no justice, and no meaningful steps to make sure these events never happen again.