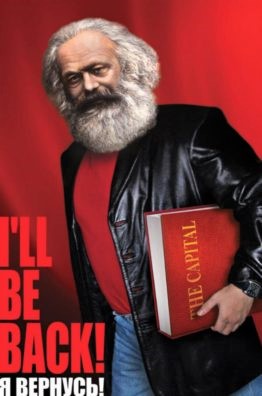 There is a drawing that imitates a photo, Karl Marx appears in a pitusa, a red pullover and leather jacket. Under his arm, he carries a volume of his masterpiece: Das Kapital. The Genius of Trier looks at us as he walks, impatient. The poster bears a legend, written in English and Russian: “I am back”. In another poster, Marx himself, now full-length, appears with a couple of university students; the professor and his students are almost dressed alike. This is recent propaganda by the Russian Communists. They’ve made one of Lenin’s as well. Sitting down, he holds a modern laptop on his knees and feverishly writes one of his revolutionary articles. The drawings connect, no doubt, with  young people. They are doors that invite to be crossed.

On March 14, 137 years ago today, the greatest social thinker in history physically ceased to exist. His mark on modern culture is so profound that it is not necessary to know his work in depth to breathe its air. Humanity, whether it knows it or not, has assimilated many of his discoveries, just as, without having read or studied Copernicus or Darwin, it “knows” that the Earth is round and understands that evolution is a key factor in nature. The understanding of his work is, however, arduous: it demands dedication, study. Marx set out to understand capitalism, and he discovered its fundamental laws, in force despite its changes. He also discovered the path to overcome them. From a theoretical point of view, he was a man of action. But we are not given his ideas in simplifying capsules, nor in manuals.

His work demands active readers, creators. It demands native revolutions, capable of readjusting their paths, time and again, as Martí requested, in order to avoid the sieges and traps of Capital, its military, financial and media tentacles, and to conquer spaces of freedom, anti-colonial at first, and anti-neocolonial later. Fidel explained it as follows: “Marx’s theory was never a scheme: it was a conception, it was a method, it was an interpretation, it was a science. And science is applied to each concrete case. And no two concrete cases are exactly the same. The Cuban Revolution had the genius of Fidel, and a well-established tradition, whose roots go back to the independence and anti-imperialist thinking of José Martí and Antonio Maceo. It extends through a long list of combatants in the 20th century: Carlos Baliño, Julio Antonio Mella, Rubén Martínez Villena, Antonio Guiteras, Jesús Menéndez, Frank País, Ernesto Che Guevara…

There is no Marxist who knows Marx’s work inside out and does not fight for social justice, if one rationally assumes its postulates, but does not vibrate before injustice committed against other human beings, in any corner of the planet.

Ethics and science are basic assumptions. That is why in 2001 Fidel reaffirmed: “We will never renounce the principles we acquired in the struggle to bring all justice to our country by putting an end to the exploitation of man by man, inspired by the history of humanity and by the most precscient theorists and promoters of a socialist system of production and distribution of wealth. It is the only one capable of creating a truly just and humane society: Marx, Engels and later Lenin. 137 years ago today, Karl Marx physically abandoned us. But no one will ever be able to bury him.

Translated and edited by Walter Lippmann for CubaNews. 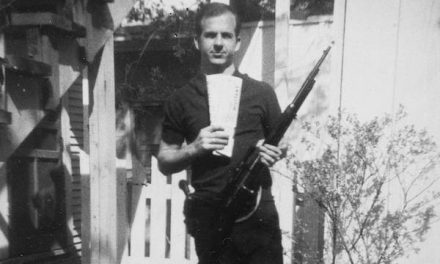 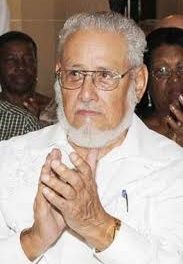