President Obama has fueled Syria’s civil war flames and lied to Congress about his "modest" role in that conflict.

Between 2002 and 2007, I visited Syria four times. I drove through the fertile valleys that parallel the Mediterranean coast, and to the Golan Heights’ barbed-wired border with Israel.

Sunnis, Shias, Kurds, Christians and even Jews reassured me: Assad’s government encouraged free religion but had not practiced democratic politics. During the Arab Spring his failure to reform got his government into trouble. Instead of dialoguing with Syrian protestors, he tried to cover the holes of his authoritarian government’s faÃ§ade.

Then Saudi Arabia and Qatar, not models of democracy, supplied money and arms, and foreign troops into Syria to intensify the conflict. Washington and Western Europe, with their oily regional partners, began fueling a war that has taken 70,000 Syrian lives, and left one million plus refugees.

Obama assured Congress that Washington only supplied minimal non-lethal aid to the "Free Syrian Army," while simultaneously ordering the CIA to supervise large weapons shipments to the rebels, including some who were sworn enemies of the West with extremist Islamic perspectives.

Photos and horror stories show ruins where homes and public buildings once stood, dramatize famine where restaurants and markets once offered abundant food. Why has Obama directed this death march in which Washington "helps" rebels allied to right wing Islam? These are sectors that, should they prevail in the war, could and would turn these weapons against the very governments that supply them.

The New York Times revealed Obama’s lies about the U.S. role in this war, and, about Washington’s level of participation. U.S. efforts have far exceeded what the President has admitted. The CIA has funneled and distributed large weapons shipments to the rebels Â more than 3,500 tons worth to date Â from Jordan and Turkey, while Obama claimed it as "non-lethal" military aid. (C. J.Chivers and Eic Schmitt, NY Times March 24,
2013)

Obama’s opposition to peace talks with the Assad government, from which he demands surrender, raises a question. Why demand as a "precondition" for negotiations the ouster of Syria’s government?

Over the last decade, Assad’s government delivered to Washington intelligence warnings about planned terrorist attacks aimed at U.S. targets. These tips, confirmed by then U.S. Ambassador Theodore Kattouf to former U.S. Senator James Abourezk, a Democrat from South Dakota, and myself (2003), helped save U.S. lives and property. A former Syrian ambassador to Washington complained of the U.S.’ lack of positive response to them, as in "no good deed goes unpunished."

Obama chose his own candidate to represent the "National Coalition of Syrian Revolution" by naming as Syria’s non-elected prime minister, Ghassan Hitto, a Syrian American and a U.S. citizen, who lived most of his previous 30 years in the U.S.

Moaz al-Khatib, previous National Coalition of Syrian Revolution head, had resigned to protest Obama’s opposition to peace negotiations with Assad. So, "Obama made a U.S. citizen the opposition group’s Prime Minister and instructed him not to talk with the Assad government as if ignoring the millions who remain in Syria and have become witnesses to their country’s destruction because outsiders have banned negotiations that might settle the conflict." (Martin ChulovThe Guardian, 24 March 2013)

Obama also pressured the Arab League, mostly undemocratic governments loyal to Washington, to authorize the non-elected National Coalition of Syrian Revolution as Syria’s government. The rebels’ seat in the Arab league implies that the U.S. wants "regime change," no matter how many people die, or the acrimonious odor of existing political alternatives.

Russia called the Arab League’s decision "… an open encouragement of the [rebel] forces which, unfortunately, continue to bet on a military solution in Syria, not looking at multiplying day by day the pain and suffering of the Syrians…" Moscow wants a political settlement, not destructive military scenarios. (Shamus Cooke)

Obama cannot dictate the outcome of Syria’s war because he doesn’t have popular support to send in U.S. forces. He will, however, decide when peace talks can begin and under what conditions.

Obama feigned outraged when the media reported chemical weapons use in Syria. Did he forget the tons of Agent Orange U.S. planes dropped on Vietnam, when he warned Assad against even thinking of using chemical weapons? Syria had actually accused the rebels of using the chemicals, which Washington dismissed without investigating.

Syrian rebels, however, admitted they had used chemical weapons to kill 16 Syrian government soldiers and 10 civilians. The rebels then claimed the government had accidentally bombed themselves with those chemicals. Obama has not responded to claims of rebel atrocities against the Syrian population.

Why should Washington get so invested in the Syrian war? To weaken Iran, Syria’s ally, and strengthen NATO’s sordid Middle East partners?

In his quest to overthrow the Assad government, Obama has focused exclusively on the strategy "to weaken Iran’s strategic position, and incite a movement to spark the Islamic Republic’s overthrow." 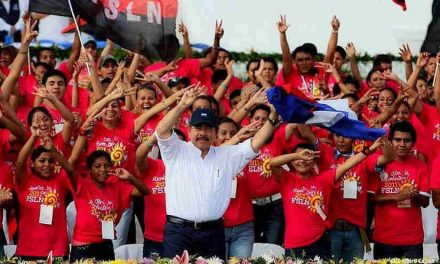