Omar Barghouti: ‘Israel is Outsourcing Anti-BDS Repression to the US’ 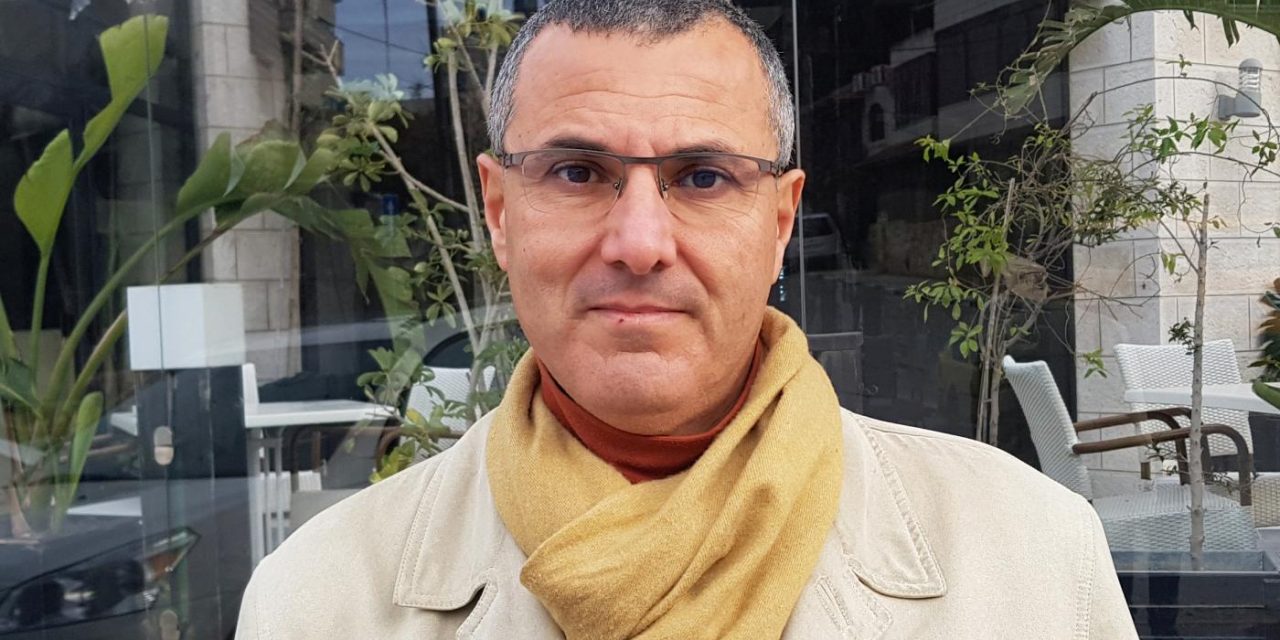 On  April 10, Palestinian human rights activist and co-founder of the Boycott, Divestment and Sanctions (BDS) movement Omar Barghouti was denied entry into the United States, despite having valid travel documents.

The move was quickly denounced by rights groups as a violation of free speech by the administration of President Donald Trump.

Barghouti was stopped at Ben Gurion Airport in Tel Aviv and told he would not be allowed to board his flight to the US. He was expected to join a panel in Washington the following day. The campaigner was born in Qatar and has permanent resident status in Israel.

Barghouti joined the panel via a video conference call that was live-streamed on social media. He called for taking Palestinian non-violent resistance to the “global scene” amid failure by the international community to uphold Palestinian rights.

It has been widely speculated that Barghouti was denied entry to the US because of his advocacy for Palestinian rights, while Robert Palladino, a US State Department spokesperson said the US does not deny visas “based solely on political statements or views”.

Barghouti has had difficulties with freedom of movement and travel in the past, but those were due to the Israeli government limiting his ability to exit and enter the country by not renewing his travel document.

In February, Amnesty International called on Israel to “end the arbitrary travel ban” on the human rights activist.

Denying entry to Barghouti is the latest attack on the BDS movement in the US. Over the past years, dozens of states have enacted laws that restrict companies and individuals from boycotting Israel.

The US Congress has also repeatedly condemned the movement, and earlier this year, the Senate passed a bill that encourages states to cut off businesses that boycott Israel. The Democratic-controlled House of Representatives has not yet taken up the legislation.

Last August, MEE columnist Kamel Hawwash, vice-president of the Palestine Solidarity Campaign (PSC), a British organization that supports the BDS campaign, was also denied access to a flight for the United States from London.

We spoke to Barghouti about what happened.

Middle East Eye: In your opinion, why have you been denied entry into the United States, despite having valid travel documents?

Omar Barghouti: This is an instance of Israel outsourcing its anti-BDS repressive measures to its patron, the right-wing Trump administration. McCarthyism is rearing its ugly face again in the US, and loyalty to Israel is its litmus test.

For years, Israel has been accused of denying entry to people based on their political beliefs. This unadmitted practice was partly made official in March 2017 when Israel passed the “BDS law.” Do you think a similar pattern is being used in the US now to silence the dissent against Israel? Is the US intensifying its repression of Israel’s critics?

This could well usher in a new phase in US complicity in Israel’s regime of occupation and apartheid whereby the US administration starts banning entry on ideological and political grounds, in violation of US laws.

Repression against pro-Palestinian voices and hate speech directed at Palestine solidarity advocates is certainly on the rise in the US, fanned by an unhinged anti-Palestinian administration that lifts up Israel’s far-right regime of oppression as a model.

But this also reflects the immense growth in support for Palestinian rights in the US in the last few years and the growing impact of BDS not just among communities of color and progressives in general, but also in the liberal mainstream.

What does that say of the relation between Israel and the US under the Trump administration? Do you think both countries are cooperating more to suppress anti-Israel voices, and sharing intelligence about individuals who are deemed undesirable for both countries?

Absolutely. After its utter failure in suppressing the growth of the BDS movement for Palestinian rights, Israel and its lobby groups have resorted to unprecedented repressive measures that the American Civil Liberties Union has characterized as “reminiscent of McCarthy-era loyalty oaths.”

By trying to prevent me from meeting with lawmakers in Congress, with the mainstream media, with diverse justice advocates, including young Jewish progressives, Israel and its US cohorts are showing real despair.

Despite their boisterous, anti-democratic repression, and as Israel’s regime becomes the poster boy of the rising far-right, including fascist tendencies from Eastern Europe to Brazil, around the world, Palestine has become squarely part of the progressive agenda.

You faced other travel restrictions in the past, the Israeli government limiting your ability to exit and enter the country by not renewing your travel document. Why is Israel trying to prevent you from traveling abroad? What does that say about the impact of the BDS movement?

BDS has succeeded in reaching mainline churches, college campuses, pension funds, thousands of artists and academics, LGBTQI groups, among others, showing that it can play a significant role in isolating Israel’s regime of oppression as the most effective means of advancing the struggle for Palestinian freedom, justice and equality.

Benjamin Netanyahu has been re-elected this week after a tight election against his main rival Benny Gantz. What does this tell about the Israeli public? And how does that bode for Palestinians and the pro-Palestinian civil society movement?

Israel has shifted to the far right, with openly fascist political groups now posed to participate in the next Netanyahu government. In parallel, Israeli crimes against the Palestinian people, especially in Gaza, have escalated.

This presents both a serious challenge to Palestinian rights and even our very existence, in some respect, and an auspicious opportunity to expose Israel’s true face as an apartheid and colonial regime that must be isolated worldwide as apartheid South Africa once was.

Elodie Farge has been a journalist for the French edition of Middle East Eye since its inception in January 2015. She lived in the Middle East for several years, where she worked on several projects for Palestinian Academic Society for the Study of International Affairs (PASSIA). She is the author of France & Jerusalem. “Holy” Conquests, Colonial Encounters & Contemporary Diplomacy (PASSIA, 2015). This article was originally published by Middle East Eye’s French website.

The Palestine Papers and the “Gaza Coup”