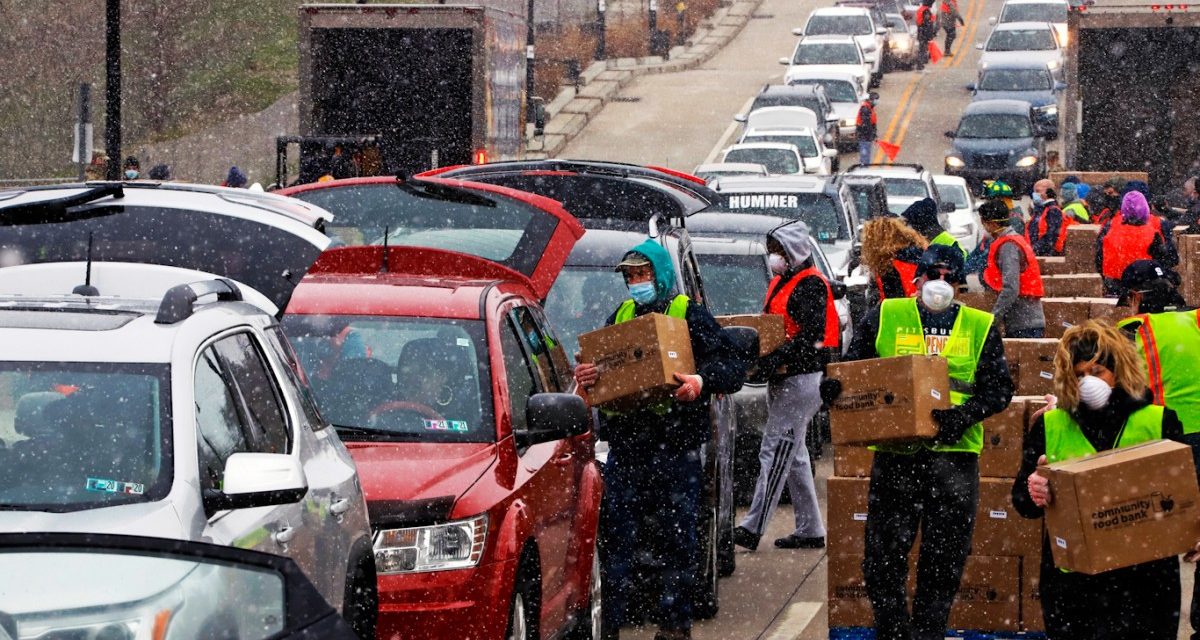 Amid a pandemic that has claimed the lives of over 209,000 Americans and caused widespread economic dislocation, tens of millions have been forced to rely on food banks to survive. A new report from the Pew Research Center found that 17 percent of the 13,200 people they surveyed said they had received food from a food bank or similar organization during the pandemic. Nationwide, that figure would amount to 56 million Americans.

Unsurprisingly, those who identified themselves as “lower income” (35 percent) were far more likely to turn to food banks for help than those in the “upper income” bracket (1 percent). However, even 12 percent of “middle income” Americans admitted they needed outside help to put food on the table. Black and Hispanic Americans were around three times more likely to need these services than white Americans. Pew’s research also sheds light on a number of other ways in which COVID-19 has harmed American society. 15 percent of respondents said that they had been made unemployed as a result of the fallout, with 25 percent of households having a member lose their job. One third of Americans have been forced to take a pay cut, 16 percent said they had had problems paying rent or mortgages, while a quarter could not pay other bills. As with food bank usage, these other problems were far more common among poorer households and people of color. Although they die at a far lower rate, younger people have felt the brunt of the pandemic’s economic consequences, with Millennials and Generation Z less likely to have the resources to weather the coronavirus storm, and more likely to be employed in sectors that were vulnerable to closure.

Once only associated with enemy nations or with the Great Depression, bread lines have returned to the United States, although they often do not resemble classic images of lines of disheveled people. Today’s bread lines are as likely to be miles-long traffic jams or car parks filled with hungry drivers, sometimes waiting overnight for their turn at the drive through distribution centers. Overwhelmed charities work day and night, but have had to ration out deliveries.

Even as food banks were cleaned out, fresh produce rotted on America’s farms. Many American farmers do not sell to a mass market. Instead, their produce is bought up by networks supplying universities, stadiums, or restaurants. But with many of those businesses shuttered, supply distribution networks broke down, leading to feast and famine. Small businesses have been decimated. Business review site Yelp recently announced that 60 percent of businesses forced to shut their doors during the pandemic are now permanently closed. At the same time, retail giants like Amazon have surged, leaving them in an even stronger position than before the pandemic. Its owner, Jeff Bezos, already the world’s richest individual, has nearly doubled his wealth since the lockdown began in March.

Bezos is representative of virtually the entire class of highly wealthy Americans, for whom the pandemic has often had a positive impact. Figures from the Institute for Policy Studies (IPS) show that the country’s billionaires have grown their wealth by 29 percent since March. Much of this has been made possible by the stewardship of the Trump administration, who refused to act in February or earlier in March, and whose Coronavirus Aid, Relief and Economic Security (CARES) Act proved a massive boon to the country’s wealthy elite. A non-partisan congressional study of the tax cuts forced into the CARES Act showed that 82 percent of the benefits would go to those making over $1 million per year. Meanwhile, many have received only one $1,200 check to tide them over for months.

The IPS also found that more equal countries had a far lower death rate per capita than those like the U.S. where inequality was high. A great deal of research has shown that people in more equal societies feel more loyalty and responsibility towards others, perhaps contributing to higher mask usage or more strict adherence to lockdown procedures. With a seven-day moving average of over 41,000 new infections and nearly 800 daily deaths, it appears that the United States is a long way from returning to normality, suggesting that the economic pain will continue indefinitely. Winter is coming. Food banks should prepare for more inundation come Christmas. Tens of millions will need them.

Alan MacLeod is a Staff Writer for MintPress News. 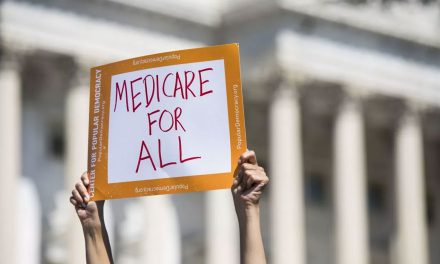