The government shutdown battle is more like a Civil War re-enactment than the real thing. A face-saving bargain will soon be struck, returning 825,000 furloughed federal employees to their jobs at wages that have been frozen for the past two years not by the Republicans, but on President Obama’s orders.

The clock has been stuck with both hands on “austerity” since Obama came fully out of the closet as a GOP fellow-traveler following the 2010 midterm elections.

From that moment on, Republican-imposed gridlock has been the only barrier to Obama’s long-sought Grand Bargain to eviscerate entitlement programs.

When the current theatrics are over, Obamacare will remain intact and the president will be back on his ever-rightward stride. The GOP will take Obama up on his offer, earlier this year, to cut Social Security and will probably be offered other bits and pieces of the social safety net in the interest of “shared sacrifice” and domestic peace.

In the interim, while the reenactors haul their cannons around the cow pasture, waiting for the rich people who call themselves “markets” to signal an end to the charade, rest assured that national security is sacrosanct.

For example, the pause in some government spending will have minimal effect on the National Security Agency’s spying on Americans and the rest of the Earth’s inhabitants. The NSA circulated a memo stating that its “intelligence, surveillance and reconnaissance activities required to support national or military requirements necessary for national security” are exempt from the fiscal exercise, as are all programs that are necessary for “protection of life and property.”

Presumably, that means President Obama can still spend next Tuesday morning selecting the week’s victims for his Kill List.

Protection of property being the prime directive of both wings of the Corporate Party, democracy will remain in shutdown mode in Detroit and all of Michigan’s largely Black cities, whatever happens on Capitol Hill.

The disenfranchisement of Detroit under the iron rule of a corporate lawyer is simply another form of “shared sacrifice” necessitated by austerity which is why the Obama administration challenges voter ID cards in North Carolina but does not deploy the Justice Department to re-enfranchise the majority of Blacks in the state of Michigan, whose votes have been rendered worthless.

Detroit’s ability to borrow money or, in this case, to be stripped of every asset of value for the benefit of Wall Street bankers trumps citizenship rights, every time.

The same logic will dictate that the Republicans turn the spigot back on. Forget about social justice, the rule of law, and political decorum. The sanctity of U.S. Treasury notes is what holds the nation and its global empire together.

As the “liberal” economist Paul Krugman writes, “Financial markets have long treated U.S. bonds as the ultimate safe asset; the assumption that America will always honor its debts is the bedrock on which the world financial system rests”.

Which is another way of saying that the U.S. maintains its supremacy in the world, not merely by force of arms, but through the artificial supremacy of the dollar, as the world reserve currency. 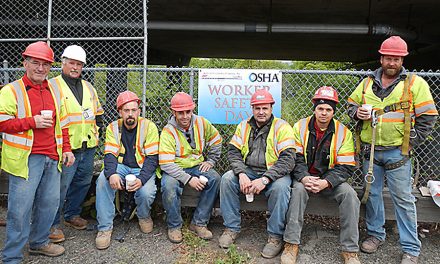