Historian Walter Johnson’s highly recommended book, “River of Dark Dreams,” centers on cotton production and slave ownership in the Mississippi River Valley prior to the U.S. Civil War. Planters, it seems, believed their fate was linked to imperatives imposed through an internationalized system of sales, manufacture, and re-supply.  Johnson’s spirited, enthralling narrative casts slave ownership and cotton growing as precarious undertakings. Planters on the edge of disaster strategized and improvised in order to retain both land and slaves.

Their intransigence vis-à-vis northern compatriots derived, Johnson suggests, from immersion in a labyrinth-like alternative universe that set conditions for their economic survival. Planters were alienated enough from pretensions of their own government to seek deliverance through privatized military interventions in countries seen as hospitable to plantations and slavery.

They were technological marvels of their era and absolutely crucial for marketing cotton. During the period under study, Valley cotton production increased fortyfold, the slave population, 17 times.  “The greatest economic boom in the history of the United States” was in progress. Cotton was “the largest single sector of the global economy.” Planters were part of “a network of material connections that stretched from Mississippi and Louisiana to Manhattan and Lowell to Manchester and Liverpool.” Indeed, the “rate of exploitation of slaves in a field in Mississippi … was keyed to the exchange in Liverpool (port of entry for 85 percent of U.S. planters’ cotton) and the labor of mill hands in Manchester.”

In New York southern cotton was re-sold, re-graded, and re-loaded onto other ships for the Atlantic crossing. That city consumed 40 percent of all income generated through cotton sales. Cotton made up two thirds of all U.S. exports. Yet only 10 percent of U.S. imports ended up in cotton-producing states. Southern manufacturers lacked essential equipment manufactured abroad. Cotton producers endured shortages of imported plantations supplies.

Johnson characterizes “the conceptual reach of the global economy in the first half of the nineteenth century” as “lashes into labor into bales into dollars into pounds sterling.” Cotton moved from plantations, to factors in New Orleans, to bankers and shippers in New York, to bankers, buyers, and manufacturers in England, all on a flood of promissory notes, loans, credit, and deductions.
Planters’ wealth took the form of slaves and land. Although land served as collateral for loans, “without slaves, land itself was worthless.” In effect, planters “buy Negroes to plant cotton and raise cotton to buy Negroes.” Facing hard times, slaveholders as a class could not simply transfer their investment from one form of capital to another… Their capital would not simply rust or lie fallow. It would starve. It would steal. It would revolt.”

Influential trade representatives and publicists determined upon a “spatial fix.” They envisioned the Mississippi River as conduit to southern venues favorable to cotton production and other investment possibilities. “In order to survive, slaveholders had to expand,” the author points out: “Proslavery globalism increasingly took the form of imperialist military action.”

“[F]or many in the Mississippi Valley … the most important issue in the early 1850s was Cuba.” Pursing annexation, former Spanish soldier Narciso López in 1851 invaded the island with troops drawn from “the margins of the cotton economy.” Slaveholders had donated supplies. The expedition failed, and López’ execution in Havana attracted 20,000 spectators. Former Mississippi governor and co-conspirator John Quitman raised 1000 men in 1855 for another invasion, which never materialized.

Were slave-owners capitalist?  Johnson rejects the notion of slavery as an “archaic” pre-capitalist mode of exploitation. He settles on “a materialist and historical analysis [that] begins from the premise that there was no nineteenth century capitalism without slavery.”
The author relies upon historical materialism, brain child of Karl Marx, as a social investigatory tool.  Marx stipulated in his “German Ideology”that, “The first premise of all human history is, of course, the existence of living human individuals. Thus the first fact to be established is the physical organization of these individuals and their consequent relationto the rest of nature… This conception of history … has not, like the idealistic view of history, in every period to look for a category, but remains constantly on the real ground of history; it does not explain practice from the idea but explains the formation of ideas from material practice.”

Explaining his own methodological approach, Johnson echoes Marx: History is often “approached through durable abstractions: ‘the master-slave relationship,’ ‘white supremacy,’ ‘resistance,’ ‘agency.’ [Yet] these categories have become unmoored from the historical experience they were intended to represent.” Moreover, terms like “agency” and “power” are “thick with the material givenness of a moment in time.”  The story of the hybrid cotton strain “Petit Gulf” shows “that beneath the abstractions lies a history of bare-life processes and material exchanges so basic they have escaped the attention of countless historians of slavery.”

For the author, “The Cotton Kingdom was built out of sun, water, and soil; animal energy, human labor, and mother wit; grain, flesh, and cotton; pain hunger, and fatigue; blood, milk, semen, and shit.”

Johnson documents early stirrings of U.S. imperialism. The take among many leftists is that capitalism by its very nature entails recurring crises in accumulation. They assume too that for solutions capitalists look to overseas extension of their operations, even to war making. Thus slave owner longings for exploitative possibilities in the Caribbean and in Central America fueled military adventurism. “River of Dark Dreams” serves in this regard to have documented the beginnings of a U.S. turn toward a global fix for close-to-home economic incongruities.

W.T. Whitney Jr. is a retired pediatrician and political journalist living in Maine. 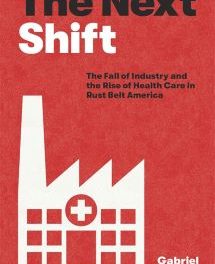