April 2011 will mark the sesquicentennial of the American Civil War. There will undoubtedly be new books published, speeches made and commentaries written to mark this watershed event. That is as it should be, but the governor of Virginia has given us a preview of the ugly sentiments that will be celebrated and lies that will become accepted as truth if they are not responded to swiftly.

Despite the fact that his last two predecessors had ignored the tradition, Virginia Governor Bob McDonnell felt compelled to resurrect the celebration of Confederate History Month. His declaration of the commemoration began as follows: ÂWHEREAS, April is the month in which the people of Virginia joined the Confederate States of America in a four-year war between the states for independence that concluded at Appomattox Courthouse;ÂÂ

McDonnellÂs original proclamation made no mention of slavery as being part of VirginiaÂs history. The elephant in the living room of Virginia history was nowhere to be found.After criticism and bad press ensued, the governor added these words to his proclamation: ÂWHEREAS,Â it is important for all Virginians to understand that the institution of slavery led to this war and was an evil and inhumane practice that deprived people of their God-given inalienable rights and all Virginians are thankful for its permanent eradication from our borders, and the study of this time period should reflect upon and learn from this painful part of our history.Â It was mighty white of McDonnell to make that point.

Virginia brought chattel slavery to the land that became the United States. In 1619 a cargo of enslaved Africans arrived on VirginiaÂs shores, the first such occurrence in an English colony. Virginia was known as the slave breeding state, and was the linchpin of the second Middle Passage, the sale of thousands of slaves within the United States which took place as Indian lands were stolen and white settlement spread. Given the crucial role that Virginia played in the history of slavery, it is curious yet not really shocking that the governor initially left out any mention of it in his proclamation.

White nationalism is this countryÂs religion,the true source of American patriotism and it is never far from the surface of public discourse on any issue. Yet its followers now have a slightly more difficult path to tread. They cannot openly declare themselves to be worshippers of their bloody history of decimating native populations and enslaving Africans. Like McDonnell they will claim that the civil war was a war for independence and that their only goal is to remember their beloved ancestors and their heritage.

They do love their ancestors but not just because they were kin. They are also nostalgic for the days when they were able to own human beings as property.They are nostalgic for Jim Crow segregation, AmericaÂs apartheid system, which made every white man, woman and child someone elseÂs master.

It will be important in the next year not just to rebut their dangerous claims, but to claim history for ourselves. Yes Virginia, slavery was the cause of the civil war. Chattel slavery was wildly profitable, yet in a tenuous position if it was restricted to the South. It could not survive in the Confederacy alone, it would eventually be weakened if it was not allowed to spread across the continent.

Abraham Lincoln, the not so great emancipator, was originally willing to allow slavery to flourish where it already existed. Yet his hands off approach was not good enough for the McDonnell ancestors, who might have profited for decades to come had they not insisted on fighting a war to ensure the spread of their evil way of life.

That is what ought to be remembered in 2011. The Southern slavery forces so beloved by Governor McDonnell had no intention of giving up their peculiar institution in 1861. They wanted to expand it, they wanted to bring back a legal slave trade in Africans. It was the pro-slavery forces in America who fired the first shots at Fort Sumter. They forced every white northerner to become a slave catcher with every Fugitive Slave Act or Dred Scott decision and turned formerly apathetic people against them.

They would not have been stopped without warfare. Slavery could only be crushed by the military defeat of the slaveholders and the non-slaveholders who were so eager to support them. If there is to be a sesquicentennial celebration, let it be for the war itself. Let it be a declaration that the evils of slavery would have continued for many years to come if the confederacy had not been defeated militarily.

ÂWhereas: Virginia and rest of the South lost a war which they started in 1861. They were responsible for the deaths of millions of people in the slave trade and the degradation of their descendants for more than two hundred years. They were responsible for the deaths of more than 600,000 combatants in that conflict. Their defeat in war was right and just and meant the end of the evil system of chattel slavery in America.Â

Now that would be a declaration. 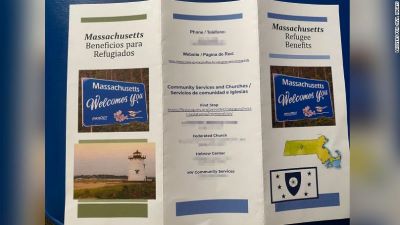