From 1928, when the Soviet Union laid the foundations of its socialist economy, until the late 1980s, when Gorbachev began to dismantle them, the Soviet economy grew without pause, except during the period of the Nazi war machineÂs scorched-earth invasion. Unemployment and later economic insecurity became ills of the past.

True, growth slowed beginning in the 1970s, but the major culprits were the diversion of budgets and R&D to the military to counter threats of US and NATO aggression, and growing resource extraction costs, not the alleged inefficiencies of public ownership and central planning, as is now widely believed. (1)

In fact, Soviet socialismÂwhile it existedÂworked better than capitalism in producing economic growth.

From 1928 to 1989, GDP per capita grew in the USSR by a factor of 5.2, compared to 4.0 in Western Europe and 3.3 in the major industrial offshoots of Western EuropeÂthe United States, Canada, Australia and New Zealand.

And importantly, Soviet growth happened without the recurrent recessionsÂand their attendant pain in unemployment, hunger, and despairÂthat were routine features of the capitalist economies over the same period.

Indeed, while capitalism was mired in a major depression during the 1930s, leaving hundreds of millions without work, the Soviet economy was expanding rapidly, absorbing all available manpower. And while the dual ills of inflation and unemployment ran rampant in the stagflation crisis that roiled the capitalist economies during the 1970s, the Soviet economy expanded without interruption and without inflation or joblessness.

But thatÂs not what weÂre told today. The received wisdomÂrooted not in reality but Cold War propagandaÂis that the Soviet economy collapsed under the weight of it inefficiencies, and that the demise of the USSR proves that an economic system based on public ownership, central planning and production for use, is unworkable. Even many Marxists believe this, touting the merits of Âmarket socialismÂ as the only workable alternative.

And yet the Soviet economyÂs record of peacetime expansion and full employment remained unblemished until Gorbachev began to experiment with the very same market socialism that many Marxists now embrace.

Hence, Soviet socialismÂs reputation for being unworkable is underserved. A slow-down in economic growthÂhaving as much to do with US efforts to cripple the USSR by embroiling it in a ruinous arms race as it did with internal problemsÂhas been transformed into a myth about economic collapse.

So it is with capitalism. With a major bank bailout needed to rescue it, the US economy in recession on Main Street, European economies falling like dominoes under the weight of stagnation and mounting debt, and long-term unemployment stuck at alarmingly high levels with no sign of improvement, few people are pointing out the obvious: capitalism isnÂt working. Had the Soviet economyÂs record been as bad, it would have long ago been judged, not as inefficient, but as an inhumane disasterÂa pox on humanity to be eradicated as quickly as possible.

And yet, in a period of deep crisis for capitalism, many of the Marxist organizations that you would think would be hammering home the point that surely, we can do better than capitalism, arenÂt. InsteadÂwith notable and inspiring exceptionsÂtheyÂre talking about other thingsÂabout how the main battle is against Âthe RightÂ, by which is meant Republicans and Conservatives, and how socialism wonÂt be on the agenda for another 500 years.

Another 500 years?
ThereÂs a self-fulfilling prophesy here. Socialism doesnÂt boil up spontaneously and come knocking at the door asking politely to be put on the agenda. Like any agenda item, someone has to put it there. If socialism is always deferred to a distant future, no matter how deeply capitalism sinks into crisis, no matter what toll it needlessly takes on the lives of hundreds of millions, no matter how pressing the need for its arrival, it will never show up on the agenda Â not in 500 years, not in 1,000.

Surely we can do better than capitalism. The time to put socialism on the agenda is now.

1. For discussions of Soviet economic performance see: Robert C. Allen. 2003. Farm to Factory: A Reinterpretation of the Soviet Industrial Revolution. Princeton University Press, 2003; David M. Kotz. ÂThe Demise of the Soviet Union and the International Socialist Movement TodayÂ. Paper written for the International Symposium on the 20th Anniversary of the Former Soviet Union and its Impact, Beijing, April 23, 2011; and Roger Keeran and Thomas Kenny. ÂA Rejoinder to Erwin MarquitÂs Critique of Socialism BetrayedÂ. Nature, Society, and Thought, vol. 17, no. 3. 2004. 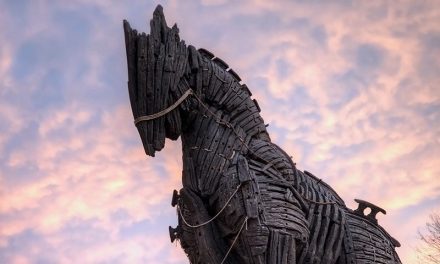 Left Anti-Communism: a Trojan Horse That Weakens the Working Class 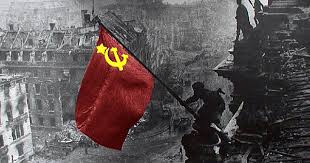 Conclusions on the Transition from Capitalism to Socialism