The $200 Billion Bail-Out For Predator Banks

While New York Governor Eliot Spitzer was paying an ‘escort’ $4,300 in a hotel room in Washington, just down the road, George Bush’s new Federal Reserve Board Chairman, Ben Bernanke, was secretly handing over $200 billion in a tryst with mortgage bank industry speculators.

Both acts were wanton, wicked and lewd. But there’s a BIG difference. The Governor was using his own checkbook. Bush’s man Bernanke was using ours.

This week, Bernanke’s Fed, for the first time in its history, loaned a selected coterie of banks one-fifth of a trillion dollars to guarantee these banks’ mortgage-backed junk bonds. The deluge of public loot was an eye-popping windfall to the very banking predators who have brought two million families to the brink of foreclosure.

Up until Wednesday, there was one single, lonely politician who stood in the way of this creepy little assignation at the bankers’ bordello: Eliot Spitzer.

Who are they kidding? Spitzer’s lynching and the bankers’ enriching are intimately tied.

The press has swallowed Wall Street’s line that millions of US families are about to lose their homes because they bought homes they couldn’t afford or took loans too big for their wallets. Ba-LON-ey. That’s blaming the victim.

Here’s what happened. Since the Bush regime came to power, a new species of loan became the norm, the ‘sub-prime’ mortgage and it’s variants including loans with teeny “introductory” interest rates. From out of nowhere, a company called ‘Countrywide’ became America’s top mortgage lender, accounting for one in five home loans, a large chuck of these ‘sub-prime.’

Here’s how it worked: The Grinning Family, with US average household income, gets a $200,000 mortgage at 4% for two years. Their $955 a month payment is 25% of their income. No problem. Their banker promises them a new mortgage, again at the cheap rate, in two years. But in two years, the promise ain’t worth a can of spam and the Grinnings are told to scram – because their house is now worth less than the mortgage. Now, the mortgage hits 9% or $1,609 plus fees to recover the “discount” they had for two years. Suddenly, payments equal 42% to 50% of pre-tax income. Grinnings move into their Toyota.

Now, what kind of American is ‘sub-prime.’ Guess. No peeking. Here’s a hint: 73% of HIGH INCOME Black and Hispanic borrowers were given sub-prime loans versus 17% of similar-income Whites. Dark-skinned borrowers aren’t stupid – they had no choice. They were ‘steered’ as it’s called in the mortgage sharking business.

‘Steering,’ sub-prime loans with usurious kickers, fake inducements to over-borrow, called ‘fraudulent conveyance’ or ‘predatory lending’ under US law, were aljost completely forbidden in the olden days (Clinton Administration and earlier) by federal regulators and state laws as nothing more than fancy loan-sharking.

But when the Bush regime took over, Countrywide and its banking brethren were told to party hardy – it was OK now to steer’m, fake’m, charge’m and take’m.

But there was this annoying party-pooper. The Attorney General of New York, Eliot Spitzer, who sued these guys to a fare-thee-well. Or tried to.

Instead of regulating the banks that had run amok, Bush’s regulators went on the warpath against Spitzer and states attempting to stop predatory practices. Making an unprecedented use of the legal power of “federal pre-emption,” Bush-bots ordered the states to NOT enforce their consumer protection laws.

Spitzer not only took on Countrywide, he took on their predatory enablers in the investment banking community. Behind Countrywide was the Mother Shark, its funder and now owner, Bank of America. Others joined the sharkfest: Goldman Sachs, Merrill Lynch and Citigroup’s Citibank made mortgage usury their major profit centers. They did this through a bit of financial legerdemain called “securitization.”

What that means is that they took a bunch of junk mortgages, like the Grinnings, loans about to go down the toilet and re-packaged them into “tranches” of bonds which were stamped “AAA” – top grade – by bond rating agencies. These gold-painted turds were sold as sparkling safe investments to US school district pension funds and town governments in Finland (really).

When the housing bubble burst and the paint flaked off, investors were left with the poop and the bankers were left with bonuses. Countrywide’s top man, Angelo Mozilo, will ‘earn’ a $77 million buy-out bonus this year on top of the $656 million – over half a billion dollars – he pulled in from 1998 through 2007.

But there were rumblings that the party would soon be over. Angry regulators, burned investors and the weight of millions of homes about to be boarded up were causing the sharks to sink. Countrywide’s stock was down 50%, and Citigroup was off 38%, not pleasing to the Gulf sheiks who now control its biggest share blocks.

Then, on Wednesday of this week, the unthinkable happened. Carlyle Capital went bankrupt. Who? That’s Carlyle as in Carlyle Group. James Baker, Senior Counsel. Notable partners, former and past: George Bush, the Bin Laden family and more dictators, potentates, pirates and presidents than you can count.

The Fed had to act. Bernanke opened the vault and dumped $200 billion on the poor little suffering bankers. They got the public treasure – and got to keep the Grinning’s house. There was no ‘quid’ of a foreclosure moratorium for the ‘pro quo’ of public bail-out. Not one family was saved – but not one banker was left behind.

Every mortgage sharking operation shot up in value. Mozilo’s Countrywide stock rose 17% in one day. The Citi sheiks saw their company’s stock rise $10 billion in an afternoon.

And that very same day the bail-out was decided – what a coinkydink! – the man called, ‘The Sheriff of Wall Street’ was cuffed. Spitzer was silenced.

Do I believe the banks called Justice and said, “Take him down today!” Naw, that’s not how the system works. But the big players knew that unless Spitzer was taken out, he would create enough ruckus to spoil the party. Headlines in the financial press – one was “Wall Street Declares War on Spitzer” – made clear to Bush’s enforcers at Justice who their number one target should be. And it wasn’t Bin Laden.

It was the night of February 13 when Spitzer made the bone-headed choice to order take-out in his Washington Hotel room. He had just finished signing these words for the Washington Post about predatory loans:

“Not only did the Bush administration do nothing to protect consumers, it embarked on an aggressive and unprecedented campaign to prevent states from protecting their residents from the very problems to which he federal government was turning a blind eye.”

Bush, said Spitzer right in the headline, was the “Predator Lenders’ Partner in Crime.” The President, said Spitzer, was a fugitive from justice. And Spitzer was in Washington to launch a campaign to take on the Bush regime and the biggest financial powers on the planet.

Spitzer wrote, “When history tells the story of the subprime lending crisis and recounts its devastating effects on the lives of so many innocent homeowners the Bush administration will not be judged favorably.”

But now, the Administration can rest assured that this love story – of Bush and his bankers – will not be told by history at all – now that the Sheriff of Wall Street has fallen on his own gun.

A note on “Prosecutorial Indiscretion.”

Back in the day when I was an investigator of racketeers for government, the federal prosecutor I was assisting was deciding whether to launch a case based on his negotiations for airtime with 60 Minutes. I’m not allowed to tell you the prosecutor’s name, but I want to mention he was recently seen shouting, “Florida is Rudi country! Florida is Rudi country!”

Not all crimes lead to federal bust or even public exposure. It’s up to something called “prosecutorial discretion.”

Funny thing, this ‘discretion.’ For example, Senator David Vitter, Republican of Louisiana, paid Washington DC prostitutes to put him diapers (ewww!), yet the Senator was not exposed by the US prosecutors busting the pimp-ring that pampered him.

Naming and shaming and ruining Spitzer – rarely done in these cases – was made at the ‘discretion’ of Bush’s Justice Department.

Or maybe we should say, ‘indiscretion.’ 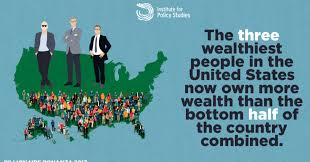 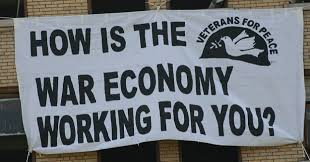