The Annexation of Colombia to the United States

Anyone with some information can immediately see that the sugar-coated ‘Complementation Agreement for Defense and Security Cooperation and Technical Assistance between the Governments of Colombia and the United States’ signed on October 30, and made public in the evening of November 2, amounts to the annexation of Colombia to the United States.

The agreement puts theoreticians and politicians in a predicament. It wouldn’t be honest to keep silence now and speak later on sovereignty, democracy, human rights, freedom of opinion and other delights, when a country is being devoured by the empire as easy as lizards catch flies. This is the Colombian people; a self-sacrificing, industrious and combative people. I looked up in the hefty document for a digestible justification and I found none whatsoever.

Of 48 pages with 21 lines each, five are used to philosophize on the background of the shameful absorption that turns Colombia into an overseas territory. They are all based on the agreements signed with the United States after the murder of the distinguished progressive leader Jorge Eliecer Gaitan on April 9, 1948, and the establishment, on April 30, 1948, of the Organization of American States debated by the foreign ministers of the hemisphere meeting in Bogota, with the US as the boss, during the dramatic days when the Colombian oligarchy cut short the life of that leader thus paving the way to the onset of the armed struggle in that country.

The Agreement on Military Assistance between the Republic of Colombia and the United States of April 1952; the one related to Army, Naval and Air Missions from the US Forces, signed on October 7, 1974; the 1988 UN Convention against the Illegal Trafficking of Drugs and Psychotropic Substances; the 2000 UN Convention against Organized Transnational Delinquency; the 2001 Security Council Resolution 1373 and the Inter-American Democratic Charter; the Democratic Security and Defense Policy resolution and others referred to in the abovementioned document, none of them can justify turning a 713,592.5 square miles country located in the heart of South America into a US military base. Colombia’s territory is 1.6 times that of Texas, the second largest state of the Union taken away from Mexico and later used as a base to conquer with great violence more than half of that country.

On the other hand, over 59 years have passed since Colombian soldiers were sent to distant Asia, in October 1950, to fight alongside the Yankee troops against Chinese and Korean combatants. Now, the empire intends to send them to fight against their brothers in Venezuela, Ecuador and other Bolivarian and ALBA countries, to crush the Venezuelan Revolution as they tried to do with the Cuban Revolution in April 1961.

For more than one and a half year before the invasion of Cuba, the Yankee administration fostered, armed and used counterrevolutionary bandits in the Escambray the same way it is now using the Colombian paramilitary forces against Venezuela.

At the time of the Giron [Bay of Pigs] attack, the Yankee B-26 aircrafts piloted by mercenaries operated from Nicaragua. Their fighter planes were brought to the theater of operations in an aircraft carrier and the invaders of Cuban descent who landed in our territory were escorted by US warships and by the American marines. This time their war equipment and troops will be in Colombia posing a threat not only to Venezuela but to every country in Central and South America.

It is really cynical to claim that the infamous agreement is necessary to fight drug-trafficking and international terrorism. Cuba has shown that there is no need of foreign troops to prevent the cultivation and trafficking of drugs and to preserve domestic order, even though the United States Âthe mightiest power on EarthÂhas promoted, financed and armed the terrorists who for decades have attacked the Cuban Revolution.

The preservation of domestic peace is a basic prerogative of every government and the presence of Yankee troops in any Latin American country to do it on their behalf constitutes a blatant foreign interference in their internal affairs that will inevitably elicit the peoples’ rejection.

A simple reading of the document shows that not only the Colombian airbases will be in the Yankees’ hands but also the civilian airports and ultimately any facility that may be useful to their armed forces. The radio space is also available to that country with a different culture and other interests that have nothing in common with those of the Colombian people.

The US Armed Forces will have exceptional prerogatives.

The occupants can commit any crime anywhere in Colombia against Colombian families, property and laws and still be unaccountable to the country’s authorities. Actually, they have taken diseases and scandalous behavior to many places like the Palmerola military base in Honduras. In Cuba, when they came to visit the neo-colony, they sat astride the neck of Jose Marti’s statue, in the capital’s Central Park. The limit set with regards to the total number of soldiers can be modified as requested by the United States, and with no restriction whatsoever. The aircraft carriers and warships visiting the naval bases given to them can take as large a crew as they choose, and this can be thousands in only one of their large aircraft carriers.

The Agreement, which will remain in force for successive 10-year periods, can’t be modified until the end of every period, with a one-year prior notice. What will the United States do if an administration as that of Johnson, Nixon, Reagan, Bush sr. or Bush jr., and others like them, is asked to leave Colombia? The Yankees have ousted scores of governments in our hemisphere. How long would a government last in Colombia if it announced such intentions?

Now, the politicians in Latin America are faced with a sensitive issue: the fundamental duty of explaining their viewpoints on the annexation document. I am aware that what is happening in Honduras at this decisive moment draws the attention of the media and the foreign ministers of this hemisphere, but the Latin American governments cannot overlook the extremely serious and transcendental events taking place in Colombia.

I have no doubts about the reaction of the peoples; they will be sensitive to the dagger being shoved deep inside them, especially in Colombia: They will oppose! They will never cave in to such ignominy!

Today, the world is facing serious and pressing problems. The entire humanity is threatened by climate change. European leaders are almost begging on their knees for some kind of agreement in Copenhagen that will prevent the catastrophe. They practically concede that the Summit will fail to meet the objective of reaching an agreement that can drastically reduce the greenhouse gas emissions and promise to continue struggling to attain it before 2012; however, there is a true risk that an agreement cannot be reached until it is too late.

The Third World countries are rightly claiming from the richest and most developed nations hundreds of billion dollars a year to pay for the climate battle.

Does it make sense for the United States government to invest time and money in building military bases in Colombia to impose on our peoples their hateful tyranny? Along that path, if a disaster is already threatening the world, a greater and faster disaster is threatening the empire and it would all be the consequence of the same exploiting and plundering system of the planet. 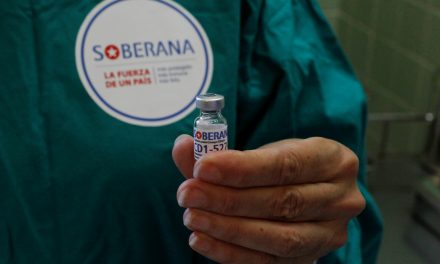