African Liberation Day (ALD) grew out of the attempts to establish the continental unity of Africa and all African people 55 years ago and is now celebrated every May 25th around the world.

The Black Alliance for Peace (BAP), a project that centers a radical approach to the fight for collective people(s)-centered human rights that centers self-determination, the right for revolutionary change and anti-imperialism is commemorating ALD by demanding without equivocation that the United States close all U.S. bases and withdraws its forces from the African continent.

The African continent will never be free to develop its enormous potential as a revolutionary force for the advancement of all African people and all of humanity as long as U.S. imperialism is allowed to operate without restraint.

Today the U.S. is involved in an aggressive military re-conquest of Africa though its United States Africa Command, AFRICOM, formed in 2008 with the goal of enhancing U.S. influence throughout the African continent. AFRICOM has made African nations vassal states following the dictates of U.S. foreign policies, which are antithetical to the needs of African people.

According to Maurice Carney, executive director of “Friends of the Congo” and BAP member, “Due to the US and Europe’s inability to compete with China economically on the African continent, the U.S. launched AFRICOM to protect its strategic interests. Although AFRICOM representatives present a benign, humanitarian facade of building wells and training soldiers in human rights practices, its ever-expanding presence (estimated 2000 percent increase since its inception in 2008) has been devastating for the oppressed masses on the continent.

Blocking the military expansion of the U.S. settler-colonial state must be seen by all serious revolutionary Pan-Africanists as a primary objective. However, BAP members understand that it also means that the internal contradiction represented in the collaboration of the comprador, neo-colonial criminals that run so many of the micro-states on the continent must also be targeted.

It means as well that we must call out the members of the Black elite in the U.S. who collaborate with imperialist power.

Margaret Kimberley from Black Agenda Report and member of the BAP Coordinating Committee points out that “Congressional Black Caucus members were once known as “the conscience of the Congress.” Unfortunately, most of them voted for the Trump administration’s $80 billion increase to the defense budget in 2017. Those funds will not only deprive the people of the U.S. the numerous governmental programs which provide for their well-being but will also be used to continue wars in Somalia, Congo, Kenya and Niger and result in death and destruction for millions of people.”

Therefore, we demand that as the 10th anniversary of AFRICOM approaches, the Congressional Black Caucus take a public stand in opposition to AFRICOM and cease its support of U.S. militarism and warmongering in Africa but also in the streets of the U.S.

So, on this African Liberation Day, join us in demanding that AFRICOM be dismantled and this country’s predatory actions against millions of Africans end immediately.

For more information on BAP’s work go to https://blackallianceforpeace.com/ 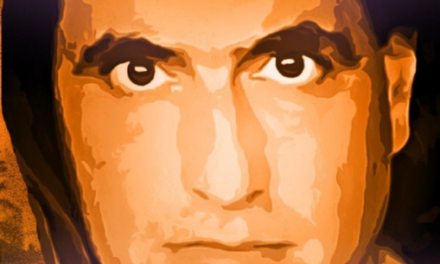