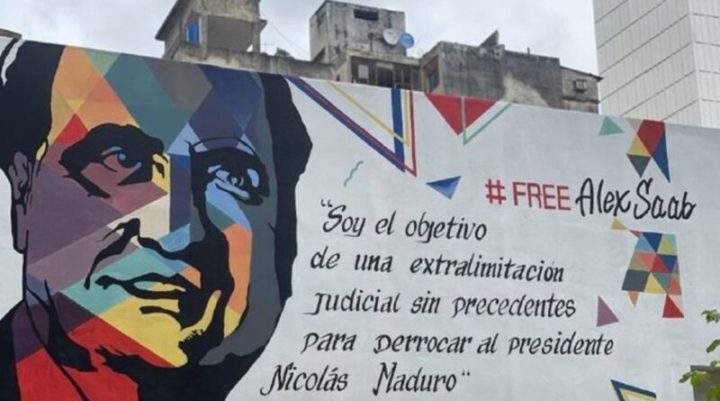 US Trying to Extradite Venezuelan Diplomat for the ‘Crime’ of Securing Food for the Hungry: The Case of Alex Saab v. The Empire

The case of Alex Saab raises dangerous precedents in terms of extraterritorial judicial abuse, violation of diplomatic status, and even the use of torture to extract false confessions. This is according to Montréal-based international human rights lawyer John Philpot. He spoke on May 19 at a webinar sponsored by the Alliance for Global Justice and other groups about this example of the long reach of the US empire enforcing its deadly sanctions on some one third of humanity.

US sanctions Venezuela for being sovereign

Stansfield Smith of Chicago ALBA Solidarity commented that the Saab case is part of a larger US effort to use “lawfare” to impose its illegal sanctions, which the United Nations condemns as “unilateral coercive measures.” The US employs sanctions to discipline countries that attempt to develop independent of its dominion.

The US is able to extend its imperial reach through its domination of the international financial system, which is US dollar denominated and meditated through the monetary exchange known as SWIFT. By controlling the international financial system, Smith explained, Washington can demand banks in foreign countries to accept US restrictions or face sanctions themselves.

Venezuela’s resistance to US interference, starting with Hugo Chávez’s Bolivarian Revolution two decades ago, has been punished by the US with mounting sanctions so extreme that they now amount to an asphyxiating blockade, causing severe shortages of food and medicine. William Camacaro of the Alberto Lovera Bolivarian Circle attested to the impact on the people of Venezuela. This US effort to achieve regime change is, in effect, collective punishment to coerce the Venezuelans to reject their elected government.

Even a report from the US government readily admits that “sanctions, particularly on the state oil company in 2019, likely contributed to the steeper decline of the Venezuelan economy.” This crippling blow to its oil industry has impacted Venezuela’s capability to generate electricity, conduct agriculture, and generate income from oil sales to fund social programs and import vital necessities, all of which have negatively impacted the lives of ordinary Venezuelans.

Once a leading oil exporter, Venezuela’s ability to import equipment components for its oil refineries and light oil to mix with its heavy crude has been cut off by the US, devastating its productive capacity. The US has even blocked international oil-for-food swaps by Venezuela.

Special envoy and ambassador to the African Union for Venezuela, Alex Saab, was on a humanitarian mission flying from Caracas to Iran to procure food and gasoline for the Venezuelan CLAP food assistance program. Saab was detained on a refueling stop in the African nation of Cabo Verde and has been held in custody ever since June 12, 2020.

Saab’s “crime,” according to the US government, which ordered the imprisonment, was money laundering. That is, Saab conducted perfectly legal international trade, but his circumventing the US sanctions – which are designed to prevent relief to the Venezuelans – is considered by Washington to be money laundering.

The Swiss government, after a two-year investigation into Saab’s transactions with Swiss banks, concluded on March 25 that there was no money laundering. The real reason Saab is being persecuted is because he is serving his country’s interest rather than that of the US. Saab was born in Colombia but now holds Venezuelan citizenship.

As Indhriana Parada wrote in the webinar chat: “Greetings from Venezuela. We support the release of Alex Saab. It is a totally political case, and we want him back. Alex Saab did not launder money. Alex Saab bought food and medicine for Venezuela.”

The legal fig leaf for what amounts to a kidnapping was an INTERPOL “red notice,” which was not issued until a day after Saab’s arrest and was subsequently dropped. Saab has specified, “they tortured me and pressured me to sign voluntary extradition declarations and bear false witness against my government.”

Saab’s attorney in Cabo Verde, Geraldo da Cruz Almeida, explained to the webinar the absurdity of the politically motivated legal case against his client. Alex Saab has violated neither Cabo Verdean nor Venezuelan law. Moreover, Saab’s diplomatic status should have given him immunity from arrest.

The US does not recognize Saab’s diplomatic status. But then again, Biden maintains the fiction that the self-appointed and Trump-anointed Juan Guaidó is president of Venezuela.

Femi Falana, former President of the West African Bar Association, spoke to the webinar from Nigeria. Attorney Falana represented Saab before the regional Economic Community of West African States (ECOWAS) Court. On March 15, the court ordered Saab’s release and cancellation of the extradition.

Under US pressure, Cabo Verde continues to hold Saab. Attorney Falana has called on President Biden to respect the rule of law and human rights in Africa. Sara Flounders of the International Action Center pointed out that 15 of the 39 countries under the illegal US sanctions are African.

Ranking 175th and 185th among the countries of the world in terms of geographic area and economic size, respectively, resource poor, and dependent on tourism and remittances from abroad, the Republic of Cabo Verde is vulnerable to US strong-arm tactics. Shortly after Saab’s arrest, the US gifted $1.5 million to private sector entities in Cabo Verde on top of some $284 million total US aid in the last 20 years.

The US State Department describes Cabo Verde as “an important partner” where the “current administration has prioritized relations with the United States and Europe.” The US Bureau for International Narcotics Law Enforcement funds and supports activities in Cabo Verde, while the Boston Police Department works with Cabo Verde police.

Cabo Verde, it should be noted, is important in the history of African liberation. Marxist Amílcar Cabral led the liberation movement of Guinea-Bissau and Cabo Verde Islands and was assassinated in 1973, only months before independence was declared from Portugal.

Meng Wanzhou, a Chinese national doing business in Canada, is under arrest for “bank fraud” and is fighting extradition to the US. North Korean Mun Chol Myong has already been extradited to the US from Malaysia on similar charges to those used against Saab for doing business according to international law rather than abiding by the US’s illegal measures.

In short, Saab’s is not an isolated case of US misconduct around enforcing its illegal sanctions but an emerging pattern. Anyone of us working to get needed goods to a US-sanctioned country is at risk of the US pushing to get us arrested and jailed in some country we pass through, which is subservient to the US.

That the US can engineer the arrest of a diplomat – someone who has immunity by international law even in the time of war – is a dangerous precedent. That the arrest was extraterritorial is worse; and especially so because Saab is an ambassador to the African Union. This harkens back to the flagrantly illegal and inhumane US practice of extraordinary rendition, which was used to populate the Guantánamo torture chambers.

The award-winning movie The Mauritanian is about the true story of crusading lawyer Nancy Hollander, who successfully freed a tortured innocent man from the made-in-the-USA hell of Guantánamo. The Hollander character, played in the movie by Jodie Foster, says: “I am not just defending him, I am defending the rule of law.”

The real-life Nancy Hollander attended the webinar. A lawyer’s delegation to Cabo Verde in solidarity with Saab is being planned and a petition campaign on his behalf is underway. These efforts recognize that the defense of Alex Saab is a defense of the rule of international law against illegal US sanctions (#FREEAlexSaab).

Roger D. Harris is with the human rights organization Task Force on the Americas 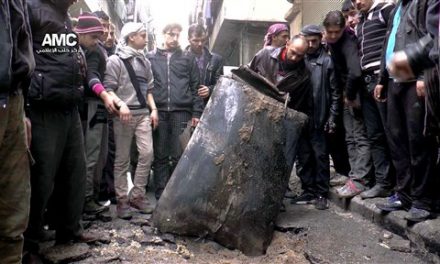 DPRK Proposes High-Level Talks to US