ÂSanctions,Â New York TimesÂ reporter Rick Gladstone writes, have subjected Âordinary IraniansÂ to Âincreased deprivationsÂ in order to Âpunish Iran for enriching uranium that the West suspects is a cover for developing the ability to make nuclear weapons.Â [1] In other words, Iran is suspected of having a secret nuclear weapons program, and so must be sanctioned to force it to abandon it.

Contrary to Gladstone, the West doesnÂt really believe that Tehran has a secret nuclear weapons program, yet even if we accept it does believe this, the position is indefensible. Why should Iranians be punished for developing a capability that the countries that have imposed sanctions already have?

The reason why, it will be said, is because Iranians are bent on developing nuclear weapons to destroy Israel. DidnÂt Iranian president Mahmoud Ahmadinejad threaten to Âwipe Israel off the mapÂ?

Regurgitated regularly by US hawks and Israeli politicians to mobilize support for the bombing of Iran, the claim is demagogic rubbish. Ahmadinejad predicted that Israel as a Zionist state would someday disappear much as South Africa as an apartheid state did. He didnÂt threaten the physical destruction of Israel and expressed only the wish that historic Palestine would become a multinational democratic state of Arabs and of Jews who trace their descent from antecedents who arrived in Palestine before the arrival of Zionist settlers, i.e., that it would someday become a more humane alternative to what it is today. [2]

No less damaging to the argument that Iranians aspire to take Israel out in a hail of nuclear missiles is the reality that it would take decades for Iran to match IsraelÂs already formidable nuclear arsenal, if indeed it ever aspires to. For the foreseeable future, Israel is in a far better position to wipe Iran off the map. And given IsraelÂs penchant for flexing its US-built military muscle, is far more likely to be the wiper than the wipee. Already it has almost wiped an entire people from the map of historic Palestine.

The consensus view of the United StatesÂ 16 intelligence agencies is that Iran abandoned its nuclear weapons program years ago. Director of US intelligence James Clapper Âsaid there was no evidence that (Iran) had made a decision on making a concerted push to build a weapon. David H. Petraeus, the C.I.A. director, concurred with that viewÂ. Other senior United States officials, including Defense Secretary Leon E. Panetta and Gen. Martin E. Dempsey, the chairman of the Joint Chiefs of Staff, have made similar statements.Â [3]

Rather than weakening this conclusion, stepped up US espionage has buttressed it. IranÂs leaders Âhave opted for now againstÂdesigning a nuclear warhead,Â said one former intelligence official briefed on US intelligence findings. ÂIt isnÂt the absence of evidence, itÂs the evidence of an absence. Certain things are not being doneÂ [4] that would indicate that Iran is working on nuclear weapons. Even Mossad, IsraeliÂs intelligence agency Âdoes not disagree with the US on the weapons program,Â according to a former senior US intelligence official. [5]

So, contrary to the repeated claim that the West ÂsuspectsÂ Iran of concealing a nuclear weapons program, no one in a position of authority in the US state believes this to be true. Neither does Israeli intelligence. So why is the United States and its allies subjecting ordinary Iranians to increased deprivations through sanctions?

The answer, according to the grand docent of US foreign policy, Henry Kissinger, is because US policy in the Middle East for the last half century has been aimed at Âpreventing any power in the region from emerging as a hegemon.Â This is another way of saying that the aim of US Middle East policy is to stop any Middle Eastern country from challenging its domination by the United States. Iran, Kissinger points out, has emerged as the principal challenger. [6]

Indeed, it did so as long ago as 1979, when the local extension of US power in Iran, the Shah, was overthrown, and the country set out on a path of independent economic and political development free from the oppression of a Washington henchman. For the revolutionariesÂ boldness in asserting their sovereignty, Washington pressed Saddam HusseinÂs Iraq into a war with Iran.

This served the same purpose as todayÂs economic warfare, sabotage, threats of military intervention, and assassinations of IranÂs nuclear scientists: to weaken the country and stifle its development; to prevent it from thriving and thereby becoming an example to other countries of development possibilities outside US domination.

Uranium enrichment has emerged as point of conflict for two reasons.

First, a civilian nuclear power industry strengthens Iran economically and domestic uranium enrichment provides the country with an independent source of nuclear fuel. Were Iran to depend on the West for enriched uranium to power its reactors, it would be forever at the mercy of a hostile US state.

Likewise, concern over energy security being in the hands of an outside power has led Turkey, Saudi Arabia, Vietnam and South Korea to insist over US objections that they be allowed to produce nuclear fuel domestically, without sanction. With US nuclear reactor sales hanging in the balance, it appears that their wishes will be respected. [7] Iran will be uniquely denied.

Secondly, uranium enrichment provides Tehran with the capability of developing nuclear weapons quickly, if it should ever feel compelled to. Given WashingtonÂs longstanding hostility to an independent Iran, there are good reasons why the country may want to strengthen its means of self-defense. The hypocrisy of the United States championing counter-proliferationÂand only selectively since no one is asking Israel to give up its nuclear weapons, and the United States hasnÂt the slightest intention of ever relinquishing its ownÂreveals the illegitimacy of the exercise.

The reason, then, for punishing Iranians with new and more debilitating privations is not because their government has a secret nuclear weapons program Âwhich no one in the US state believes anywayÂbut because a developing Iran with independent energy, economic and foreign policies threatens WashingtonÂs preferred world political orderÂone in which the United States has unchallenged primacy.

Given that bankers, corporate lawyers and top corporate executives hold key positions in the US state and given that they fund and contribute to elite policy formulation organizations, it can be concluded that the point of US primacy is to secure the financial and corporate classÂs profit-making interests. These include: creation of conditions for low-wage labor; the elimination of infant-industry protections; bans on subsidized pricing of necessities; upward redistribution of income; privatization of heath care and education; weakening environmental and health and safety regulations; and so on; in other words, all that is necessary to make profits fatter, and at the same time, all that makes the lives of ordinary peopleÂin Iran and the WestÂmeaner, poorer, shorter, and more uncertain.

IranÂs economic policy, with its restrictions on foreign investment and foreign ownership, and reliance on state-ownership of key industries, is an anathema to a US corporate and financial elite that depends on free access to profit making opportunities on a global scale. [8] To secure its interests in Iran, this class of super-wealthy bankers, investors and corporate titans, through its domination of the state, pursues a policy of creating misery among ordinary Iranians to destabilize their country and press their leadership into surrendering Iran to its pre-1979 role as appendage of US economic and foreign policyÂand source of lucrative money-making opportunities.

The barbarismÂconcealed beneath lies about the need to protect Israel from an existential threat posed by an Iran that is ÂsuspectedÂ to be secretly building nuclear weapons Âis revealed: Iran is being impoverished and threatened with physical destruction, not because itÂs an offensive threat to anyoneÂs physical safety, but because its insistence on sovereignty is a threat to unrestricted Western corporate and financial domination of the Middle East. 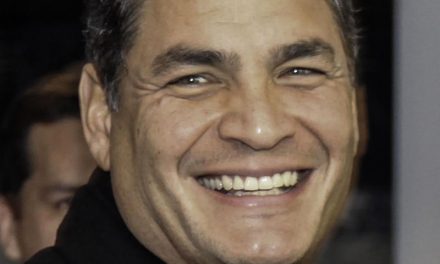 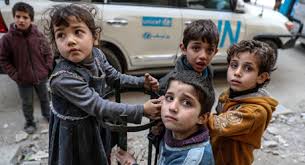 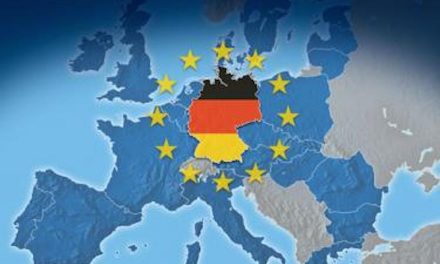