The DNA of finance capitalism has foreordained its death Â and soon. To forestall that inevitability, the U.S. war machine is prepared to turn out the lights on much of the world Â and here at home.

The creation of a new world order enforced by a global military hegemon in service of international finance capital requires the dismantling of the legal norms and structures of the old order. It is a nasty process under any circumstances, but infinitely more so when the would-be hegemon is in terminal decline, as is the United States and its junior partners in Europe.

No longer capable of harnessing the wealth of the world to its own advantage, yet still the unchallenged military colossus, the gasping and grasping empire seeks to thwart the material and social progress of the entire planet: it becomes the enemy of all.

Armed to the teeth, yet palsied to the core and incapable of competing in a world governed by law, the U.S. abolishes the ancient notion of national sovereignty – for everyone but its supranational self. The multi-armored aggressor wants his prey to be naked to his assault Â as was much of the world in the 500 years of western European dominion over the planet.

He promulgates a doctrine of ÂhumanitarianÂ military intervention that recognizes only himself as the arbiter of human affairs Â a posture of pure reaction and racism. Leaders of sovereign states are indicted by his kangaroo ÂinternationalÂ courts, or murdered following unprovoked invasions, or prevented from flying while in imperial disfavor. American hit squads roam the globe, like its drones, waging dirty wars againstÂwhomever.

Vast pipelines are built along illogical routes to seal off and lay siege to emerging powers that, in aggregate, constitute most of humanity. Having ÂlostÂ Latin America, the U.S. repossesses Africa, butchering millions, creating a checkerboard of chaos and garrison states Â yet, the U.S. is now incapable of conducting commerce on any substantial scale beyond extraction. The emerging economies Â China, Brazil, India, Turkey, South Korea Â fill up the spaces of actual trade, in Africa and everywhere.

Deservedly friendless among the people of the Arab world, Washington, Paris and London grow ever more dependent on their former lackeys, the thieving royals of the Persian Gulf. The international jihadist network, birthed by CIA and Saudi billions as anti-Soviet cannon fodder in early Eighties Afghanistan, now comprise the foot soldiers of empire Â an assignment they will cast off at the earliest opportunity, leaving the ailing hegemon and the bloodsucking royals naked in the region, save for Israel.

The casino derivatives economy that finance capital invented will soon collapse again, burying the real economy under $1,000 trillion in notional values and interlocking wagers and debts that can only be ÂsecuredÂ by various forms of capitalist confiscation of the assets of whole societies under the empireÂs domain Â an underlying imperative of ÂausterityÂ and feverish privatization of the public realm.

Inevitably, the point in time approaches when the empire perceives general war as its only option. Such a moment occurred in 2003, when the U.S. launched an invasion that was to begin in Iraq and end with the seizure of Central AsiaÂs energy resources, resulting in a U.S. choke-hold on China and sidelining of Russia. It didnÂt turn out that way, necessitating a complexional change of face for the humiliated empire.

But, Barack ObamaÂs charms cannot alter the contradictions inherent in finance capitalismÂs DNA, which grow more acute by the day. In preparation for the next great offensive, Obama has waged holier-than-thou war against international law, seeking to eliminate every speed bump in the way of a U.S. blitzkrieg.

He has also perfected George BushÂs blueprint for a Constitution-free America. The virtually unopposed nature of the operation is testament to the truth of Black Agenda ReportÂs assessment, that Obama is the more effective evil.

The so-called Âlong warÂ against ÂterrorÂ Â a patently fraudulent proposition, since the U.S. arms and finances the jihadists Â is cover for an endless struggle to re-capture and re-enslave a planet that is not only escaping the clutches of Euro-American capital, but outgrowing it.

This war, which is well under way Â ask Libya and Syria Â will be ÂtotalÂ in the sense that the United States considers itself at war with societies all around the globe (including its European Âallies,Â whom it spies on and steals from, relentlessly, as Edward Snowden has revealed).

In addition to its strictly military Âfull spectrum dominanceÂ capabilities, Washington has clearly designed its cyber-warfare machinery as offensive weaponry against ÂenemyÂ populations. Just last Friday, President Obama ordered his senior security and intelligence staff to draw up a list of potential targets for U.S. cyber attacks Â which actually means that the lists and contingencies have long been in existence and are active elements of U.S. war plans.

The cyber-war will be experienced at home. Almost exactly a year ago, Obama signed an executive order allowing him to seize control of all U.S. electronic media, including the Internet, under Âconditions of emerging threats, crisis or emergency,Â i.e., any time he wants to.

The time is coming, when they will turn out the lights, so that the dirty global Â and domestic Â war can commence in earnest. 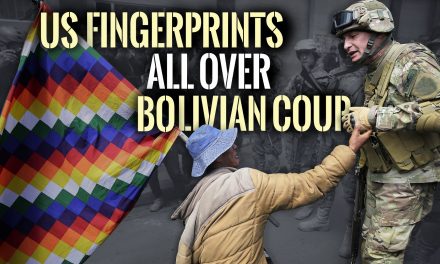 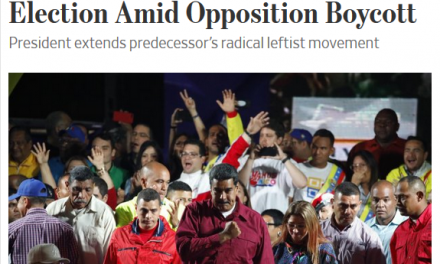 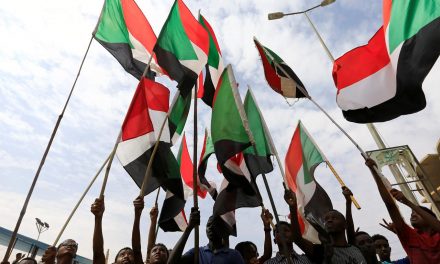