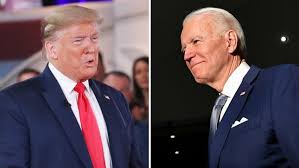 This season’s sequel to the Game of Thrones features reality TV star and the current occupant of the Oval Office versus the former Senator from MBNA and two-term VP. It’s time to binge-watch dueling hit pieces from the US electoral duopoly going at it.

The narrower the distinctions between Democrats and Republicans, the more vociferous they get in inflating those distinctions as if a distinction were really a difference. As the liberation president of Tanzania Julius Nyerere famously observed, “The United States is a one-party state but, with typical American extravagance, they have two of them.”

War with China – thinking through the unthinkable

Behind the blame game between the Democrats and the Republicans is a bedrock consensus, for example, on identifying China as not just a commercial rival but as a future enemy in a nuclear war. The US imperial ship of state is set on a collision course with China. Democrat Obama “pivoted” to Asia; Republican Trump seamlessly followed course. The RAND Corporation, a quasi-governmental think tank created to provide intelligence to the US Armed Forces, published a position paper that spells it out: War with China: Thinking Through the Unthinkable.

The corporate media echo the meme of China as the sinister enemy. The Democrat-leaning New York Times reports, “Chinese agents helped spread messages that sowed virus panic in US.” “Alarmed by fake text messages and social media posts,” the newspaper of record warns, “experts see a convergence with Russian tactics.” With no sense of shame, the Times then accuses the “pro-Trump news outlets” of promoting “conspiracy theories.”

On the Republican side, Fox commentator Tucker Carlson hyperbolically exclaims, “China did this [coronavirus pandemic] to the world and we should not pretend otherwise.”  Paranoically exhorting that “in very real ways, the Chinese government controls us,” Carlson demands, “at some point, our leaders should be held accountable” for allowing China to “undermine” us.

So ditto head Biden issues a campaign video entitled, “Trump did not hold China accountable,” attacking Trump for correctly saying, “China has been working very hard to contain the coronavirus.” This view, incidentally, is shared by the World Health Organization, which praised China for its exemplary handling of the pandemic. The corresponding Trump hit piece retorts with a video of Biden saying, “I complimented him [Trump] with dealing with China.”

Proving that the rightwing media and Trump do not have a lock on xenophobia and racism, the Democratic Party ad shows Biden screaming, “I would be on the phone with China and making it clear, we are going to need to be in your country! You have to be open!” And “Trump let in 40,000 travelers from China…left this country unprepared and unprotected” from the Asian menace.

The direction of US imperial policy is unquestioned as the partisan rivals compete to see, for example, who can be the bigger Sinophobe. Not mentioned is that China’s rising economic power is in part a consequence of the US neoliberal consensus to export industrial production to low-wage Asia. Protecting the US working class is not what the politicians are squabbling about.

Nor do they deeply differ on Trump’s National Security Strategy, which broke with the previous characterization of the world as a “community of nations” to the present description of a great power “competitive arena.” In the drive to achieve global “full-spectrum dominance,” China and Russia are identified as military targets.

Substantive unity between the Democrats and Republicans is obscured by the smoke and mirrors of partisan bickering. On some issues, the duopoly is so unanimous they do not even bother to make a show of debating.

On March 8, the US House of Representatives pushed through a bipartisan resolution increasing illegal unilateral sanctions against Nicaragua, which passed on a unanimous voice vote in eight minutes, with no debate and no one speaking in opposition.

By the end of March, after only a “smidgeon of negotiating,” Congress unanimously passed the record astronomical $2 trillion CARES Act boondoggle. While workers are experiencing the highest recorded unemployment, the bipartisan act will gift 43,000 rich citizens an average “windfall” of $1.7 million each, according to Forbes.

Then while healthcare, transportation, sanitation, and other vital workers remain on the job, the Congress critters went on recess to shelter in place, demonstrating that theirs is not an essential service.

The decadence of the US two-party system

Being on the take at the expense of the US people is a bipartisan pastime and a mark of finesse for the inside-the-beltway crowd. Senators on both sides of the aisle benefited by insider trading, dumping stocks after a confidential coronavirus briefing

Trump’s corruption needs no elaboration, but he can legitimately criticize the Dems on the same count. A Trump hit piece points out that father Biden took son Hunter on a taxpayer-funded official US government visit to China, where the son profited with a “billion-dollar deal” with a subsidiary of the Bank of China.

The highest-ranking Democrat, House Speaker Nancy Pelosi appears in a video showing how she’s persevering through shelter-in-place, giggling in front of her $24k refrigerators stocked with expensive ice cream.  A Trump hit piece juxtaposes that image with one of the millions of unemployed in this country saying, “we’re starving.”

A couple of years ago, former Democratic Party presidential candidates John Kerry and Hillary Clinton attended a wedding hosted by the richest mogul in India for his daughter, estimated to cost $100 million by Bloomberg. While John and HRC inanely danced Bollywood-style, 170 million Indians barely subsisted on less than $2 per day.

Internet comedian Jimmy Dore observes, “The Democratic Party is so corrupt, so unbelievably corrupt and out of touch, that a guy who sits [not his exact word] on a golden toilet gets to make fun of them for being out of touch elitists. And it lands.”

We will have to wait until November to see who the Electoral College anoints in its game of thrones. Even the premier progressive pundit Noam Chomsky finds the only remotely redeeming quality in Biden is that he isn’t Trump. Biden supported Bush’s Iraq war and sided with the Republicans to defeat the student bankruptcy and prescription medicine price control bills. He voted for cutting Social Security and for confirming Antonin Scalia. With Democrats like this, you don’t need Republicans.

The problem with voting for either the Republicans or Democrats – besides that they rule – is that you need a scorecard to figure out which is the lesser evil. That problem can be avoided by helping to build a left third-party movement. As socialist and one-time presidential candidate Eugene Debs commented: “I’d rather vote for something I want and not get it, than vote for something I don’t want and get it,” …like war with China. 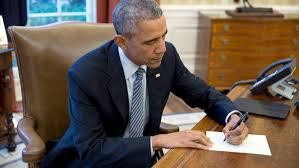 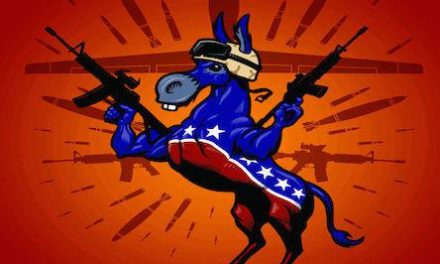