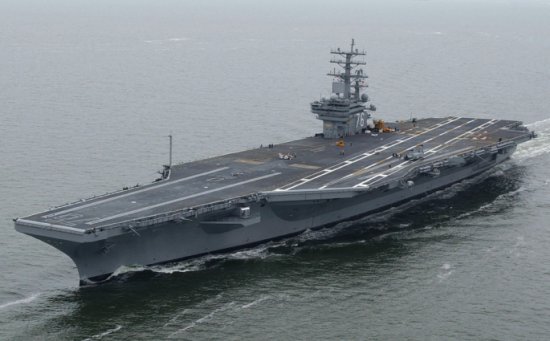 US imperialism and its allies learned a hard lesson from their unsuccessful adventure in Vietnam. Escalating US troop involvement to nearly half a million serving at the war’s peak, drawing on forced enlistment (conscription) to rotate nearly three million personnel serving throughout the war, and incurring over 200,000 casualties proved to be a politically destabilizing, consensus-challenging endeavor.

Military planners recognized that unless they were able to generate a broad consensus for war or guarantee a short, decisive duration, the draft risked a politically volatile backlash. Consequently, they opted for developing a volunteer army and a war-friendly culture to legitimize its use.

But they drew an even more important conclusion. Where imperialism fought a foe defending its homeland, the costs were usually far too great for the US public to tolerate. Certainly US engagement in the world-wide, anti-fascist war of 1939-1945 enjoyed unwavering popular support. But US forces never fought on Japanese soil and only briefly in a crippled Germany.

When engaged in supporting a rump regime in Korea, the US military achieved, at best, a stalemate. The same boots-on-the-ground approach in Vietnam collapsed before a people deeply resentful of US occupiers.

After Vietnam, imperialist war planners devised a tactic of relying more and more upon surrogates. Understanding that local populations furiously opposed foreign occupiers, the US sought to impose its objectives by creating and supporting mercenary forces who could claim, at least tenuously, to local status. From supporting UNITA or FNLA in Angola to creating, arming, and aiding the Contra movement in Nicaragua, the US preferred waging aggression with surrogate forces. An effective, massive propaganda effort “legitimized” the client armies as “freedom fighters.”

Probably the most successful use of the post-Vietnam tactic was in Afghanistan, where US covert services armed a reactionary tribal opposition to destabilize a secular, modern government and, as a result, gave a decisive, strong impetus to an emergent Islamic fundamentalist war against secularism of all kinds. The jihadist movement found its legs, its confidence as surrogates against an urban-based Afghanistan government supported by the Soviet Union, then a bulwark against US imperialism.

After the demise of the Soviet state, the US cautiously employed its “professionalized” and volunteer military in Iraq, Afghanistan, and once more in Iraq. Still, military planners hoped to quickly train a surrogate force and just as quickly evacuate US ground forces, leaving client states with militaries sufficiently armed and motivated to crush any domestic resistance to a US-friendly regime.

While the tactic held the promise of minimizing domestic resistance by using a compliant media to construct the false narrative of democratic change and humanitarian intervention and while the tactic hoped to generate tolerable US casualties and minimal material costs, resistance movements once again proved to be far more determined, and stability far more elusive, than the best minds of the military or covert services imagined.

Fourteen years in Afghanistan and twelve years of propping up a client state in Iraq, manufacturing a failed state in Libya, and sparking a devastating civil war in Syria are testament to a failed policy.

More importantly, the failure is part of a continuous, irreversible decline in US imperialism’s ability to impose its will in a world of stiffening anti-imperialist resistance and growing inter-imperialist rivalries.

Nothing underlines this new reality more than the latest events in Afghanistan and Syria.

Despite a massive concentration of weaponry, superior pay, and the best US training, the Afghan surrogate army suffered its worst defeat ever at the hands of the Taliban in the siege and occupation of Kunduz. All reports indicate that the Taliban forces were inferior in numbers and weapons and that the US-trained government forces had little stomach for the fight.

US officials have been obliged to announce a delay in the exit of troops from Afghanistan in the face of this defeat. President Obama has decided to pass on the Afghanistan quagmire to the next President, just as President Bush passed it on to him.

Russian engagement in Syria has inadvertently exposed the lies and failures of US actions in that country. Since the Obama administration began encouraging and assisting the overthrow of Syrian President Assad, the government and the lapdog media have claimed the existence of a democratic, moderate opposition. From late in 2011, US and UK military leaders began planning armed action against Assad. A surrogate army (the Free Syrian Army) was projected as an alternative to the fundamentalist jihadists seeking a feudal-theological state (Qatar and other Gulf states intervened, pretending no such distinctions). Weapons were diverted from Libya and CIA training began in earnest with a projected military force numbering in the tens of thousands.

After the ISIS threat emerged, the US and the other interventionists further pretended that its client fighting forces were equally engaged against ISIS and the many other groups fighting Assad who were designated “terrorist” by the West.

In reality, the US “freedom fighters” were virtually non-existent or collaborating enthusiastically with the jihadists. Their sole target was Assad.

The Obama government has conceded that of thousands vetted by the CIA program only a few hundred remain on the war front. Most have shared their weapons with or joined the jihadists or left Syria with the thousands of immigrants. The half-billion-dollar program is a disaster, with the US administration pledging to pass the remaining weapons and resources on to existing fighting groups in Syria.

The spectrum of the Western media reports that, especially since the Russian intervention, there is extensive cooperation, coordination, and joint action between all elements of the Syrian anti-Assad forces—so much for the ruse of an independent force in opposition to fundamentalism.

As the Wall Street Journal reports: “…the Homs Legion of the Western-backed Free Syrian Army… together with the Islamist group Ahrar al-Sham and Nusra Front [Syria’s al-Qaeda affiliate] has formed joint command in Northern Homs.” The Washington Post has identified a similar unholy alliance of jihadist and “moderates” that was crafted into a Nusra-led Army of Conquest. Only the most gullible continue to believe that there is a significant difference between Western-backed “freedom fighters” and their jihadist allies.

Western liberals can make believe that US involvement in Syria is for some greater good, but the facts speak clearly. As with Afghanistan, Iraq and Libya, tens of thousands are dead, infrastructure is devastated, and the social fabric is irreparably torn simply because imperialist powers seek more compliant, more subservient states. The facts expose the lie that the US and NATO seek the values of democracy, freedom, or the other values that prove so persuasive to those apologizing for self-interested regime change.

Anti-imperialists can draw a small consolation from these tragic, morally repellent aggressions: the US tactics have failed to achieve their goal of creating global fealty to US interests.