A favored leftist explanation of the United States’s and European Union’s intervention in Ukraine revolves around the geopolitical imperative for Washington of containing a US military rival, Russia, and bringing NATO up to its borders by integrating Ukraine into the US-led military alliance. What’s rarely mentioned is that the role played by the United States and its European subalterns in supporting the Maidan uprising and the consequent rise to power of the pro-Western coup government has also been motivated by the goal of building a more congenial climate in Ukraine for the profit-making activities of Western corporations and investors.

While Ukraine’s economy is understood by leftists to be capitalist and therefore not to raise a red flag at the US State Department, it is far from true that Ukraine’s economic policies under the ousted former president Victor Yanukovych were warmly accepted, even tolerated, in Western foreign policy circles. Indeed, from the point of view of the West, Ukraine’s economy left much to be desired. It needed, IMF managers said, to be reorganized by “structural reforms” to “improve the business climate.” [1] What’s important here is not that Ukraine was viewed as infertile ground for capitalist profit-making—but that it was viewed as infertile ground for the profit-making activities of Western corporations specifically.

The Heritage Foundation-Wall Street Journal 2014 Index of Economic Freedom rates Ukraine’s economy as “repressed” along with those of such perennial US regime change targets as North Korea, Cuba, Zimbabwe, Venezuela and Iran—all unfriendly to the idea that economic policy should be formulated to pad bank accounts and bottom lines in New York, London, Frankfurt and Paris. [2] Ukraine’s economic freedom—that is, its adherence to the free enterprise, open markets, free trade agenda favored on Wall Street—is even ranked behind that of Belarus, a country reviled in Western foreign policy circles for its nostalgic attachment to Soviet economic forms. Of 43 countries in Europe, the US ruling class foundation and newspaper rank Ukraine’s friendliness to Western corporate interests dead last, and only a little better than that of communist North Korea and Cuba, socialist Venezuela and economically nationalist Zimbabwe and Iran. So where, in the view of the West’s corporate elite, has Ukraine gone wrong?

The Heritage Foundation and its Wall Street Journal partner have a number of complaints. “Contracts are not well enforced, and expropriation is always a possibility.” “The labor code” they grouse, “is outmoded and lacks flexibility,” meaning it offers too many protections to workers. Government procurement policies are denounced for sometimes favoring domestic firms, and hence, limiting the profit-making opportunities of North American and European corporations. Exception is taken to Ukraine’s state-owned firms, which crowd out private (mainly Western) enterprise, and Kiev’s restrictions on foreign investment, which give a leg up to domestic businesses but cut foreign corporations out of the action.

Some of these noxious-to-Wall-Street barriers to Western profit-making would have been dismantled had Yanukovych not backed away from an agreement with the European Union that would have seen Ukraine get preferential access to EU markets in return for turning over Ukraine’s labor, markets and resources to Western business interests. But, alas, Yanukovych balked and Washington took advantage of the ensuing protests to foment an uprising to bring a biddable pro-foreign-investment stooge to power, backed by fascists and militant Russophobes.

The coup government quickly signed on to an IMF economic reform program which promises to replace the set of economic policies Washington and Brussels have long derogated for being unfriendly to Western investors with one aimed at pushing Ukraine into Wall Street’s good books. Reza Moghadam, director of the IMF’s European Department, explained that “the program…is expected to…help restore confidence among private investors,” to which he might have added, investors of the sort who own mansions in and around New York City and other Western financial capitals. Moghadam adds that “Ukraine needs to undertake deep-reaching structural reforms” to improve Ukraine’s business climate. That roughly translates into holding the line on wages, laying off public sector workers, gutting protections for employees, hiking taxes on ordinary people while bringing them down for businesses, rolling back social services, and throwing open the doors of the economy to Western corporations.

Here are the details. Public sector wages will be held in check while increases in the minimum wage will be capped. At the same time, “expenditure restraint will be exercised through the suspension of” (what the IMF calls) “unaffordable wage and pension increases planned by the previous” (i.e., Yanukovych) “government, public employment reduction…and rationalization of social assistance spending.” So far this is shaping up to mean that “24,000 state workers and 80,000 police officers nationwide are set to be laid off,” [3] with more austerity to follow.

And while public expenditures are being reined in in the interests of creating an improved business environment, tax revenues will be hiked, not through increases in corporate taxes and income tax, but on regressive consumption taxes, which fall most heavily on those with the lowest incomes. The wealthy will be spared the burden of contributing to state coffers by measures to “facilitate value-added tax refunds for businesses.” And while ordinary Ukrainians are being squeezed to give more to businesses and investors, a new procurement law will be adopted to deny domestic firms preferential treatment in the awarding of government contracts. North American and European firms will be the principal beneficiaries.

The coup government’s principals, explains Moghadam, “believe there is a window of opportunity for bold and ambitious reforms in order to transform Ukraine” into “a vibrant business environment”—yes, and one that pays dividends to foreigners on the backs of Ukrainians. The sole reason for the existence of Ukrainians (and most of humanity) under the logic of the US-superintended system of global capitalism is to be screwed over in order to make a thin upper layer of Western society fabulously wealthy.

If we accept that the United States’s wealthiest citizens as a class exercise inordinate influence over public policy—a point supported by research presented in an upcoming paper in Perspectives on Politics by Martin Gilens and Benjamin Page [4]–it follows that the principal function of the US State Department and the Pentagon is to support the overseas profit-making activities of US corporations. Hence, what likely lies at the root of US interventions abroad is the defense and promotion of US investor and corporate interests contra the economic nationalist (Ukraine, Zimbabwe, Iran), socialist (Venezuela) or communist (Cuba and North Korea) economic policies of foreign states. Yanukovych’s government gave too many breaks to Ukrainian investors, businesses, and even ordinary citizens, and therefore committed the cardinal sin in the church of US global hegemony: interfering in the profit-maximization of US corporations. That, perhaps more than US geopolitical and military interests, explains why the United States backs the coup in Kiev and opposes the forces arrayed against it.

Russia’s repatriation of Crimea—backed by the peninsula’s largely Russophone population, as it had also been overwhelmingly backed in a 1991 plebiscite [5]—was simply a defensive reaction by Moscow against the danger that the coup government in Kiev would seek to eject it from its naval base on the Black Sea. It was not the aggressive act Western figures of state and their mass media echo-chambers have made it out to be. The true aggressor here is US foreign policy in pursuit of its principal function of promoting the overseas profit-making interests of corporate America. 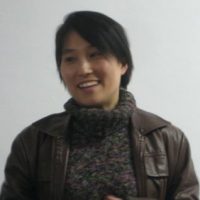