What Do Empires Do?

When I wrote my book Against Empire in 1995, as might be expected, some of my U.S. compatriots thought it was wrong of me to call the United States an empire. It was widely believed that U.S. rulers did not pursue empire; they intervened abroad only out of self-defense or for humanitarian rescue operations or to restore order in a troubled region or overthrow tyranny, fight terrorism, and propagate democracy.

Even conservatives started using the word.Â  Amazing. One could hear right-wing pundits announcing on U.S. television, We are an empire, with all theÂ  responsibilities and opportunities of empire and we better get used to it and We are the strongest nation in the world and have every right to act as such — as if having the power gives U.S. leaders an inherent entitlement to exercise it upon others as they might wish.

What is going on here I asked myself at the time. How is it that so many people feel free to talk about empire when they mean a United States empire?Â  The ideological orthodoxy had always been that, unlike other countries, the USA did not indulge in colonization and conquest.

The answer, I realized, is that the word has been divested of its full meaning. ÂEmpireÂ seems nowadays to mean simply dominion and control. Empire—for most of these late-coming critics— is concerned almost exclusively with power and prestige.Â  What is usually missing from the public discourse is the process of empire and its politico-economic content.Â  In other words, while we hear a lot about empire, we hear very little about imperialism.

But I define imperialism as follows: the process whereby the dominant investor interests in one country bring to bear their economic and military power upon another nation or region in order to expropriate its land, labor, natural resources, capital, and marketsÂin such a manner as to enrich the investor interests. In a word, empires do not just pursue Âpower for powerÂs sake.ÂÂ  There are real and enormous material interests at stake, fortunes to be made many times over.

So for centuries the ruling interests of Western Europe and later on North America and Japan went forth with their financiers—and when necessary their armies—to lay claim to most of planet Earth, including the labor of indigenous peoples (both as workers and slaves), their markets, their incomes (through colonial taxation or debt control or other means), and the abundant treasures of their lands: their gold, silver, diamonds, copper, rum, molasses, hemp, flax, ebony, timber, sugar, tobacco, ivory, iron, tin, nickel, coal, cotton, corn, and more recently: uranium, manganese, titanium, bauxite, oil, and—say it againÂoil (hardly a complete listing).

Empires are enormously profitable for the dominant economic interests of the imperial nation but enormously costly to the people of the colonized country.Â  In addition to suffering the pillage of their lands and natural resources, the people of these targeted countries are frequently killed in large numbers by the intruders.

This is another thing that empires do which too often goes unmentioned in the historical and political literature of countries like the United States, Britain, and France. Empires impoverish whole populations and kill lots and lots of innocent people. As I write this, President Obama and the national security state for which he works are waging two and a half wars (Iraq, Afghanistan, and northern Pakistan), and leveling military threats against Yemen, Iran, and, on a slow day, North Korea. Instead of sending medical and rescue aid to Haiti, Our Bomber sent in the Marines, the same Marines who engaged in years ofÂ  repression and killings in Haiti decades ago and supported more recent massacres by proxy forces.

The purpose of all this killing is to prevent alternative, independent, self-defining nations from emerging. So the empire uses its state power to gather private wealth for its investor class. And it uses its public wealth to shore up its state power and prevent other nations from self-developing.

Sooner or later this arrangement begins to wilt under the weight of its own contradictions. As the empire grows more menacing and more murderous toward others, it grows sick and impoverished within itself.

From ancient times to today, empires have always been involved in the bloody accumulation of wealth. If you donÂt think this is true of the United States then stop calling it ÂEmpire.Â And when you write a book about how it wraps its arms around the planet, entitle it ÂGlobal BullyÂ or ÂBossy Busybody,Â but be aware that youÂre not telling us much about imperialism. 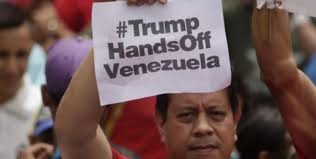 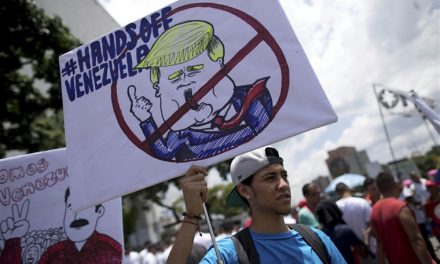