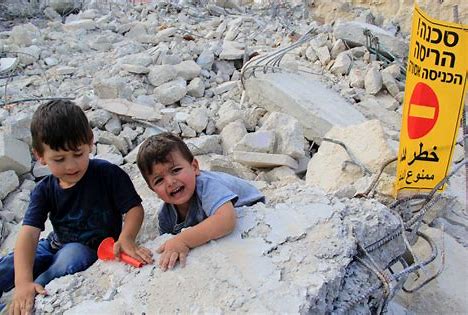 The United Arab Emirates’ agreement to normalize ties with Israel is its “gravest betrayal of the struggle for Palestinian liberation and self-determination,” Palestine’s BDS National Committee (BNC) said on Friday. The BNC, which leads the global boycott, divestment and sanctions campaign, is urging Emirati citizens to boycott any Israeli presence in their country and to refrain from traveling to Israel and the occupied West Bank, especially Jerusalem. It is also calling for boycotts and divestment of any Emirati companies complicit with normalization and urging people across the Arab world to boycott “all activities, festivals and projects sponsored by the UAE regime.”

The BNC rejected as a “lie” claims that the Emirati move induced Israel to suspend its plans to annex large parts of the occupied West Bank. After the agreement was announced on Thursday, Israeli Prime Minister Benjamin Netanyahu reaffirmed his commitment to annexation but said he had only delayed it temporarily to reach an agreement with the Trump administration on how to implement it. “With its agreement with the UAE dictatorship, Israel has added yet another police state to its league of international friends and allies,” the BNC said. The condemnation echoes the strength of feeling across Palestinian society and the Arab world – with much disgust being expressed on social media.

UAE allied with extremists The UAE-Israel agreement has been dubbed by its American authors as the Abraham Accords, an effort to dress up a sordid political deal that undermines Palestinian rights as a lofty achievement for interfaith understanding.

By normalizing ties with Israel, however, the Emirates and any other states that follow suit are entering an alliance with extremist religious forces backed by the Israeli government and political elites whose ultimate goal is the destruction of Jerusalem’s al-Aqsa mosque and its replacement with a Jewish temple. At the al-Aqsa mosque on Friday, worshippers waved Palestinian flags and walked on and burned portraits of the UAE’s de facto ruler Crown Prince Mohamed bin Zayed Al Nahyan. Israel reportedly arrested worshippers and seized protesters’ banners.

Who is next in line? Yet it is doubtful such reactions will deter other Gulf states from following suit. Reports that Oman and Bahrain are next in line to normalize ties with Israel gained credence after both countries welcomed the UAE’s step. Saudi Arabia – the biggest prize for Israel – had as of Friday remained silent, despite its moves to cozy up to Tel Aviv in recent years.

Yet it is certain that smaller Saudi regional allies would not take such steps without its approval. Qatar and Kuwait have also remained officially silent so far. However, Kuwait – which has stood apart from the regional trend towards normalization – will almost certainly not follow suit. Political parties in the country on Friday issued a joint declaration calling normalization with Israel “treason” and “a crime against the Palestinian people.”

Qatar is in an odd position. It has been blockaded and isolated by Saudi Arabia, the United Arab Emirates and their allies for three years, so it would have no immediate incentive to follow their lead. Yet Qatar has its own history of warm ties with Israel. Aside from Jordan and Egypt which had peace treaties with Israel, Doha was the only Arab capital to host an Israeli trade office, following the signing of the 1993 Oslo accords, but closed it down in 2000.

Currently, Qatar deals directly with Israel on coordinating aid to Gaza, including cash payments that Israel sees as crucial to pacify the population there living under the crushing Israeli siege. After the 2017 Saudi-led blockade of Qatar, Doha moved to shore up support in Washington with a full-scale charm offensive towards the Israel lobby. This included bowing to Israel lobby pressure to censor Al Jazeera’s explosive documentary on that lobby’s secret workings. The documentary was leaked and published by The Electronic Intifada in 2018.

Yet Qatar and its regional rivals – all clients of the United States – must compete for American support by toeing Washington’s line. That may eventually put pressure on Doha to be even more forthcoming towards Israel. Turkey accused the UAE of “betraying the Palestinian cause” and Iran called the Emirati move a “dagger in the back” of all Muslims. Egypt, a close ally of the UAE which signed a peace treaty with Israel in 1979, welcomed the deal. Jordan, which signed its peace treaty with Israel in 1994, issued a more equivocal statement, neither openly praising nor condemning the UAE’s move. Its foreign minister Ayman Safadi said the UAE-Israel agreement needed to be followed by “serious and effective” negotiations in line with the 2002 Arab Peace Initiative. However, Safadi failed to note that by normalizing ties with Israel before Palestinians achieve any of their rights, the United Arab Emirates had violated a core principle of that initiative.

The BNC is not counting on diplomatic moves and negotiations. It is vowing that Palestinians, “supported by the absolute majority in the Arab world and by people of conscience globally,” will continue their struggle for justice. “We call on people across the globe to escalate boycotts, divestment and sanctions (BDS) campaigns against Israel’s ongoing annexation and apartheid,” the BNC said.

This article appeared in The Electronic Intifada

We Are All Palestinians – Spanish/English

Palestine: What Were the Top BDS Victories of 2021?

Palestine: A Case for the One-State Solution